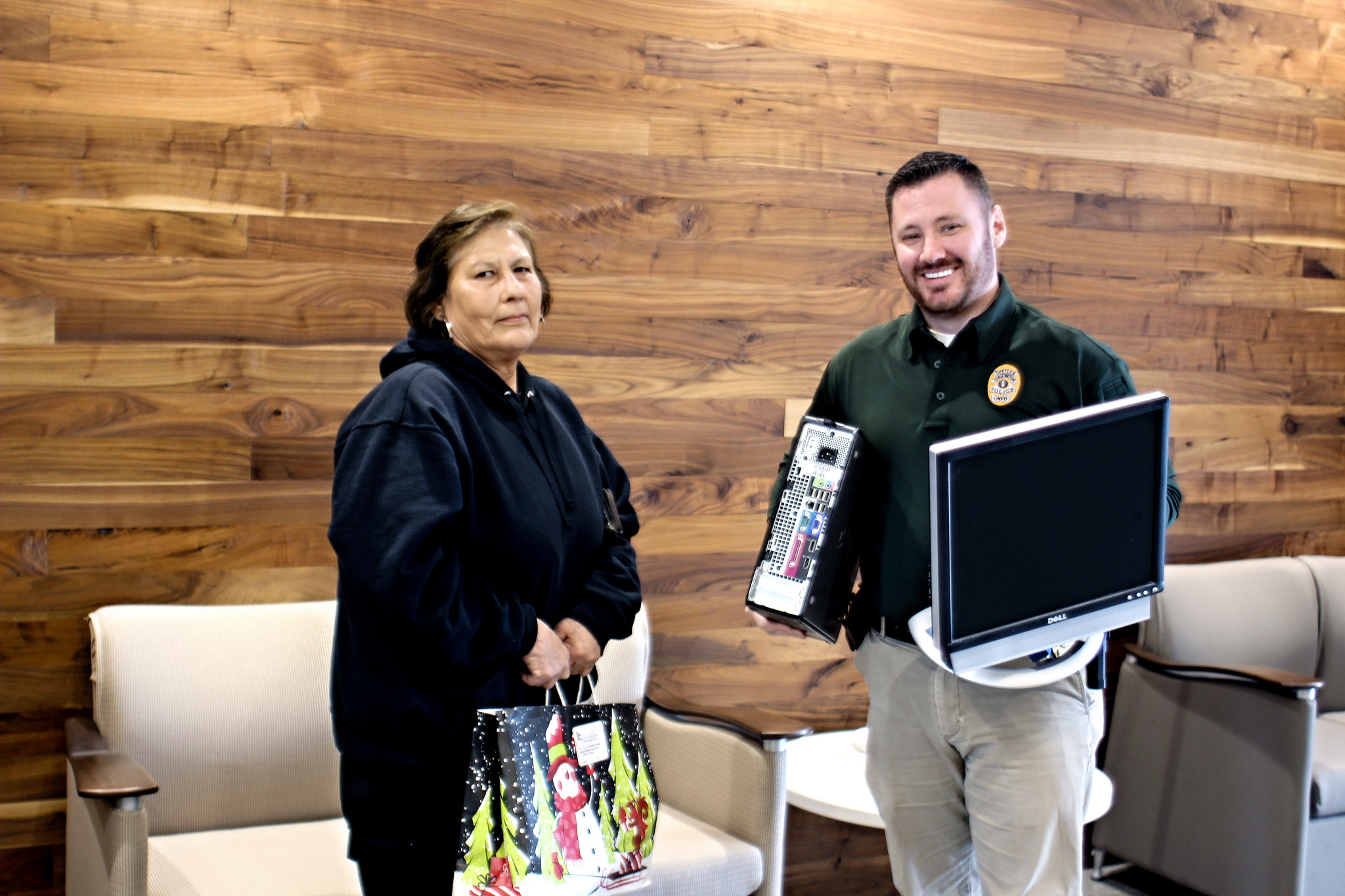 The Osage Nation Police Department is in its fifth year with the North Pole Project, a program that distributes refurbished computers to families in need during the Christmas season.

"I was honored to be a part of the North Pole Computer Project for the Osage Nation. I felt the sincere appreciation from the recipients and know it will bring a big smile to all of those little faces on Christmas morning," said Osage Nation Police Department Investigator Mike Kennedy. "It brings joy to our hearts when we’re able to reach out and positively affect someone’s life."

The North Pole Project began in 2003 by the late retired Tulsa Police Officer Glenn DeWeese, founder of PC Power. DeWeese began building computers for children in need at Christmas time. The program to date has provided computers for more than 1,000 families since established. This year 150 children received computers for Christmas. The program is being run by another retired police officer of Tulsa, Karen Ford.

"The Osage Nation Police Department and the TANF department worked together and were able to make this possible," Kennedy said.

Joyce Wann of Fairfax and her three children

Julia Maker of Pawhuska and her son

Linda Hinman of Pawhuska and her two grandchildren

Mary Gilley of Hominy and her three grandchildren

Kennedy went to Tulsa’s Fraternal Order of Police Lodge to collect the computers that were to be distributed in Osage County on Dec. 21. Recipients chose to go to the ONPD in Pawhuska to pick up their computers. Kennedy helped them to their cars and offered his assistance to install the computers at their homes.