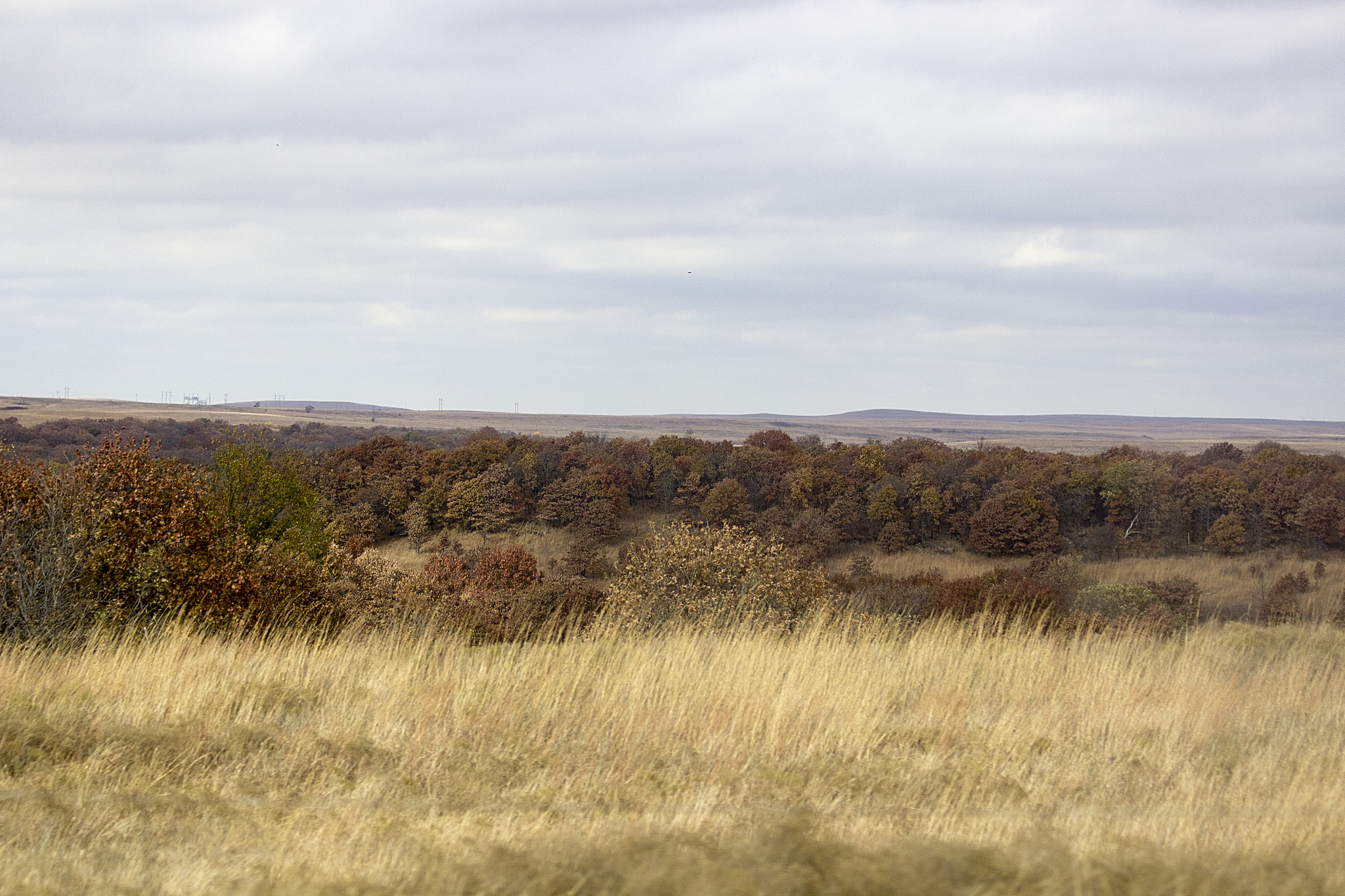 Congressman walks out of Commerce meeting over management of Bluestem Ranch

Congressman Joe Tillman walked out of an Emergency Congressional Commerce, Gaming and Land Committee meeting on Dec. 27, saying he did not want to take part in a discussion about the Bluestem Ranch if the Bluestem Ranch LLC board was not present.

Congressman William “Kugee” Supernaw, chair of the commerce committee, asked Tillman to reconsider and listen to the presentation but Tillman said he stood behind ONCR 16-42, a resolution Congress passed that throws full support behind the Bluestem Ranch board to manage the entire 43,000-acre ranch the Nation bought from media mogul Ted Turner.

“I still have faith in that board, and their expertise, to run that ranch as promised to them by the chief of the Osage Nation,” Tillman said. “I’m going to excuse myself.”

After Tillman left the table, Director of Operations Casey Johnson said the presentation didn’t have anything to do with the management of the property. Various directors and employees were with him and he said they were leaving and they all walked out of the congressional chambers except for Johnson.

Congresswoman Alice Buffalohead, who is not on the commerce committee but was in attendance, told Johnson that Tillman is one member of Congress and there were eight members of Congress ready to listen to the presentation, “if you choose to walk out that door Mr. Johnson, that’s on you.” Johnson said he was tired of the treatment the Nation’s employees had come to expect from the Congress.

“This is the same type of treatment that directors have received in the past. Not one thing that Congressman Tillman said exists on this piece of paper,” he said, voice rising. “We’re talking about environmental stuff, wildlife, fire, everything protecting the ranch. Things I see as our responsibility, not a board. The executive branch programs do these things.”

The directors and employees walked back in and gave their presentation.

“Here is the bottom line. After the first Bluestem board meeting, I learned any return on investment to the Osage Nation was not to be expected within any amount of years. Recalling the horrors of the Osage LLC, I asked the board to prepare a lease proposal. I received one proposal for one dollar for 25 years for all 43,000 acres. That included exclusive hunting rights going to the Bluestem LLC,” he said. “At the same time, they abandoned a bison profit-making operation and a bison refuge. On top of this, individual Osage ranchers began to express an interest in the ranch and believed they had the same right as an Osage company to make a bid for use of the ranch. Given the change in the circumstances, I have adjusted accordingly. But, so has Bluestem, LLC. They have submitted a proposal for 15,900 acres with reasonable compensation to Osage Nation but very favorable to their business operations so they should easily make a profit. I have a proposal to set aside 8,000 acres as a bison and wildlife refuge.”

Standing Bear said he is acting within the law, the HEARTH Act of 2012, which stands for Helping Expedite and Advance Responsible Tribal Home Ownership Act. The act, sponsored by Congressman RJ Walker, establishes leasing procedures for business, economic development, and public purposes on Osage Nation restricted land and trust land.

He said there can be no leases or encumbrances on the land made during the fee-to-trust process. Once the land is put into trust, all leases and encumbrances will be governed by federal law and Osage law.

In October, Standing Bear said politics must be pushed aside when it comes to something as important as the ranch. He said he has nothing against the ranch board and he wants them to have a major role with the ranch. He said he has been working with various members of Congress on different laws to govern the property and he works with members of the ranch board. He appointed Jim Perrier and Francis Murphy to be the Nation’s representatives on the Intertribal Bison Cooperative. The other ranch board members include Faren Anderson, chair, Teresa Meade and Jackie Badley.

“The Bluestem LLC Board is using nearly 9,000 acres of the ranch right now for free. They have submitted a proposal but other Osage ranchers have also submitted proposals. Osage preference law requires we give serious consideration to not only an Osage company but also to individual Osage ranchers,” he said. “We also have a proposal from one of the largest ranch groups in the USA which financially is very, very strong. They have also guaranteed Osage employment and top notch training. I formed a committee of experienced Osage ranchers to evaluate these proposals. I sincerely hope Bluestem LLC can match or beat the other proposals.”

The large ranching group is the 6666 Ranch, or “The Four Sixes Ranch,” according to a source who did not want to be named. The Four Sixes Ranch is a Texas ranch that is part of Burnett Ranches LLC. According to their website, “The ranch stands some of the most well-respected Quarter Horse stallions in the industry, with elite broodmares that produce some of the best race, ranch and sale horses available anywhere.” They also maintain black angus cattle and their holdings cover 275,000 acres on two Texas ranches.

Directors and employees from the Tribal Development and Land Acquisition (TDLA) department, the Environmental Natural Resources (ENR) department, the ON Historic Preservation Office (ONHPO) and the ON Attorney General’s office helped with the presentation.

Melissa Currey, property coordinator for TDLA, gave an update on the fee-to-trust application process. She said the application is currently with the Bureau of Indian Affairs and they are reviewing the phase one site assessment. She hopes they will be finished within the next couple of months but that would be an aggressive plan for the BIA. She said she is currently trying to set up a meeting with the BIA regional director in January to get a better timeline of when the application process will be finished. She hopes it will be by March.

Dr. Andrea Hunter, of the ONHPO, said her office will be providing educational opportunities on the ranch. She said they will be surveying the land for high priority areas and in doing so they will invite constituents along so they can experience and see what her office does. If they were to find historic properties they would evaluate those properties for significance and the possibility of excavation or possible research and constituents would be invited to help. She said they are looking at the month of July to begin. She said most of her staff is currently busy out in the field.

Morgan Currey, an attorney with the AG’s office, said she and the director of ENR, Jann Hayman, have been working on hunting and fishing regulations for the ranch. She said Rebecca Kirk, legislative analyst for the chief’s office and an attorney, is working on companion civil and criminal regulations.

Hayman said they’ve been working on environmental regulations for hunting and fishing and they are applying for a grant. If the Nation wins the grant, it would pay for startup costs and help in hiring game rangers, equipment, personnel and would assist with more surveys to enhance the regulations. The grant would be for three years.

Editor's Note: A quote from Principal Chief Geoffrey Standing Bear was added to this story after it was originally published online.