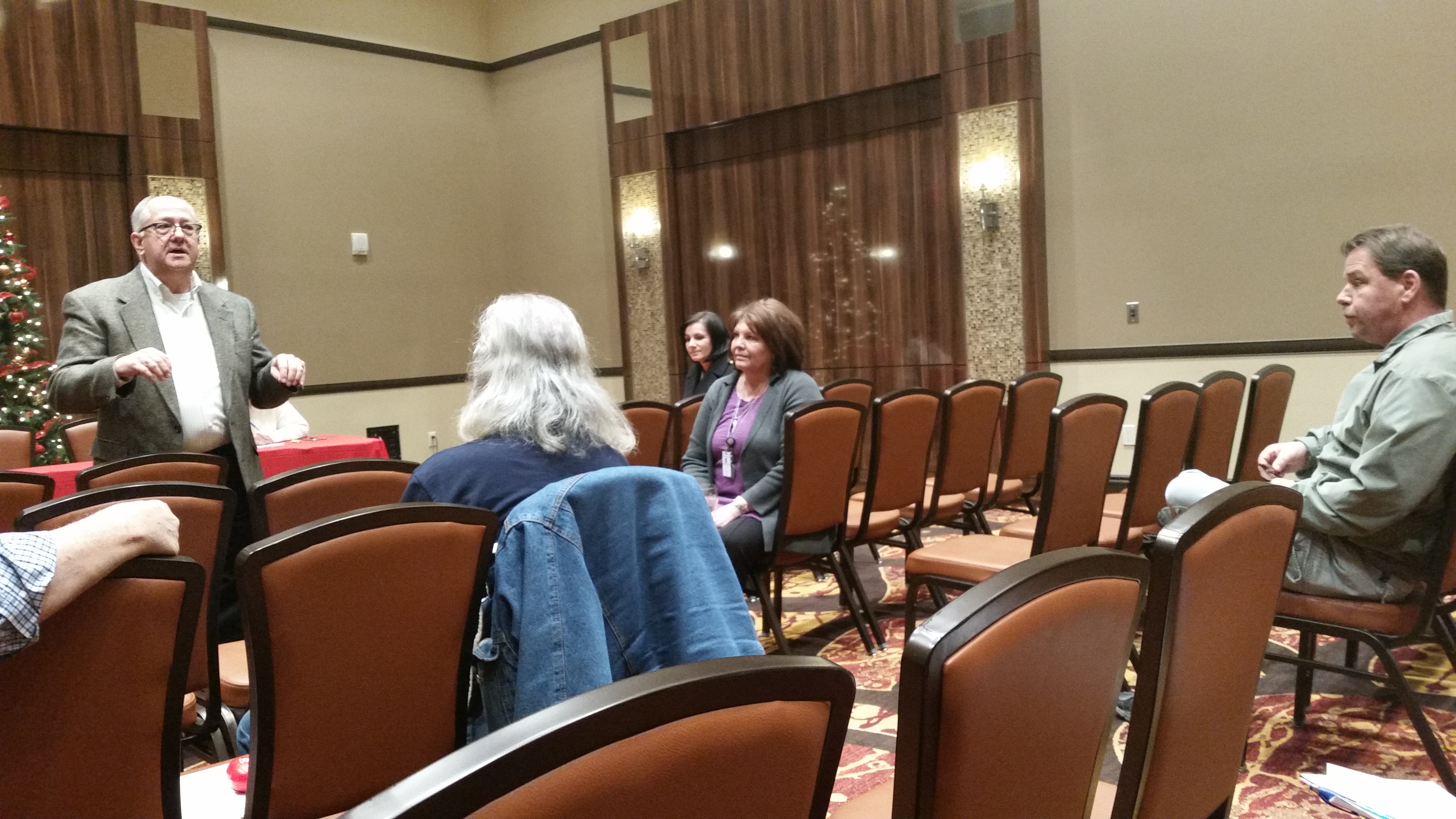 BARTLESVILLE, Okla. – The Osage Nation Health Authority Board is gathering public feedback as part of its strategic planning that could mean changes to services provided through ON departments or the Wah-Zha-Zhi Health Center.

In December, the Health Authority Board hosted six community meetings to have discussions with the public and to take feedback on current and past experiences with the health clinic and services. The strategic planning efforts come one year after the Nation signed a self-governance compact to manage the clinic operations. The community meetings hosted by ON health officials and the Health Authority Board were held in Pawhuska, Hominy village, Bartlesville, Ponca City, Skiatook and the Grayhorse village.

During the Dec. 12 Bartlesville community meeting, ON Health and Wellness Division Leader Manon Tillman said gathering feedback is part of planning future needs and possible adjustments to services. Attendees at the meeting were also invited to fill out surveys asking health-related questions such as what health services are most important to them and the frequency of visits to the WHC in Pawhuska.

Former ON Congressman Mark Simms said communication and services are important to let the public know what’s available to them such as diabetic foot care. Simms said he was unaware of all services available so he quit coming to the Pawhuska clinic and started going to the Indian Health Service clinic in nearby Ochelata.

Tillman acknowledged that advertising services was a shortfall that needed addressing. She also added there are two monthly foot care clinic days in Pawhuska at the ON Fitness Center.

Curtis Bear, a former Osage Minerals Councilman, also said he would like to know about available services for diabetics.

Paula Stabler, WHC director, said the feedback is crucial now that the IHS-compacted clinic is drawing in revenue from third party billing sources including patient health insurance and Medicare/ Medicaid to decide on spending the clinic revenue.

Geneva Horsechief-Hamilton said she would like to see a women’s health provider available for patient care. Tillman said the Nation was advertising for a nurse practitioner who provides OB/GYN services.

Stabler and Tillman fielded other questions on services, including a question on whether the Nation would create a Skiatook health clinic. Tillman said the Nation would need to hire more staff, but a satellite clinic with limited hours could be possible if resources become available.

Walker said a satellite clinic “could be baby steps,” and recalled the Cherokee Nation once having a motor clinic that traveled to three communities in a day. But Walker cautioned information is needed first because “you don’t want to open a service you’ll have to retract someday.”

During a Dec. 15 Health Authority Board meeting, Stabler said the community meetings garnered attendance anywhere between two people and 25. Walker reported that about 150 feedback surveys were received thus far.

For more information on the Wah-Zha-Zhi Health Center and health/ wellness services, call (918) 287-9300 or visit the WHC website at: www.osagenation-nsn.gov/what-we-do/wah-zha-zhi-health-center