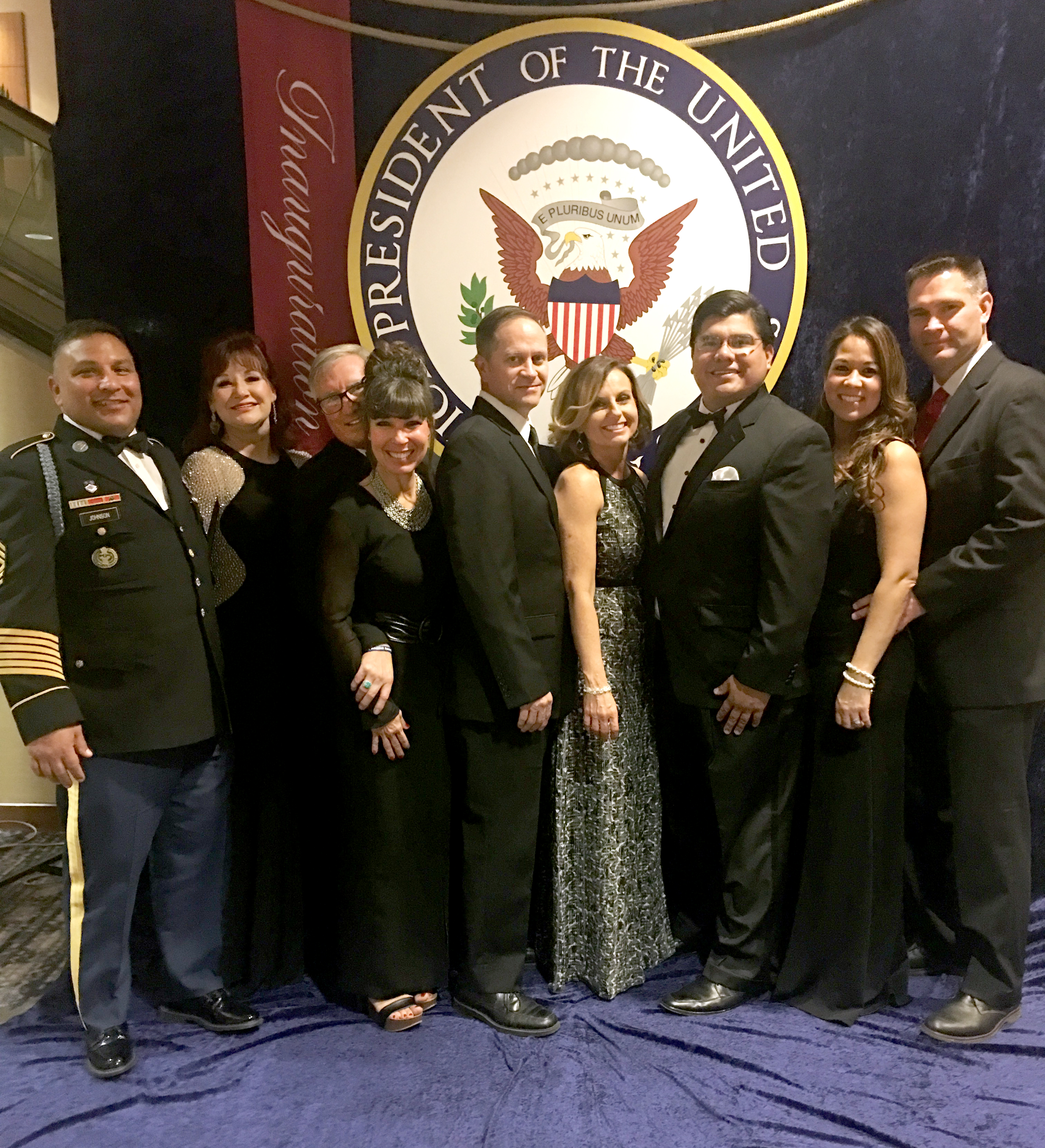 Director of Operations Casey Johnson (Osage), Legislative Director Rebecca Kirk and Executive Assistant to the Chief Sheryl Decker were sent on behalf of Standing Bear as his representatives, according to a Jan. 25 email from Decker. The chief could not make the trip “because of urgent matters in Pawhuska which required his immediate attention.”

The delegation and their spouses attended the 13th Annual American Indian Inaugural Celebration hosted by the American Indian Society of Washington, D.C., at the Hyatt Regency Crystal City in Arlington, Va.

According to the email the Nation did not pay the way for the delegation’s spouses. Johnson, Kirk and Decker met with U.S. Congressman Frank Lucas and gave him the gift of a bolo tie from Standing Bear.

They met with Senator Lankford’s Legislative Assistant Derek Osborn, they met with Staff Director and Chief Counsel of the U.S. Senate Committee on Indian Affairs Mike Andrews on important legislation effecting Native Americans, including the Osage Nation, according to the email.

“The delegation was instructed to work with Washington, D.C., contacts to lay the groundwork for upcoming meetings for Chief Standing Bear,” Decker wrote. “One of those meetings will include Osage Minerals Council Chairman Everett Waller regarding the federal and EPA regulations at Osage Nation which have damaged the Osage oil and gas production. The Chief is also going to be meeting with Washington, D.C., on funding of our language and immersion programs.”

Representatives from the Fifth Osage Nation Congress did not attend the Inauguration.

For more information on the American Indian Society of Washington, D.C., visit their website at: http://www.aisdc.org/