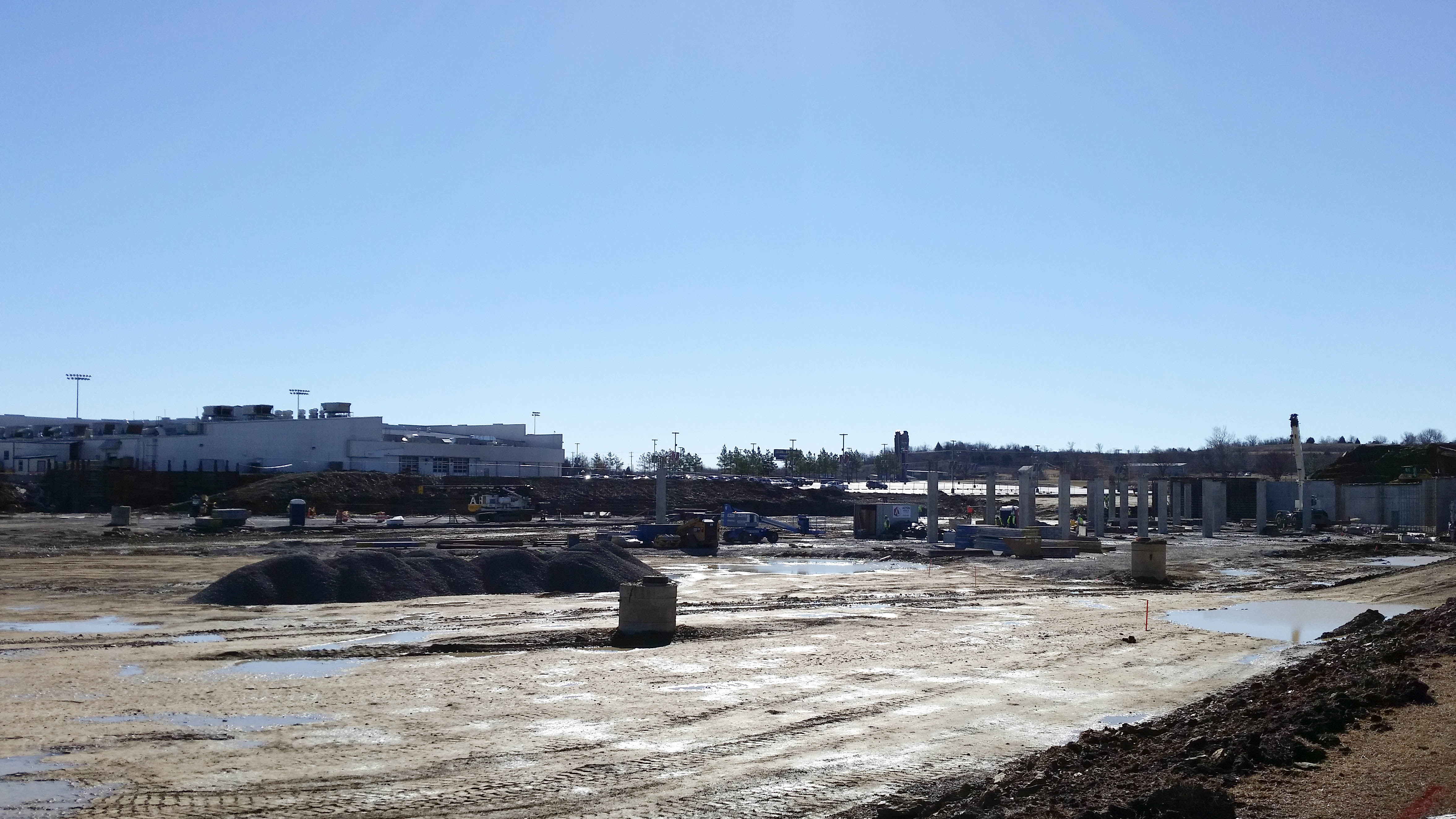 TULSA, Okla. – As construction progresses on the Tulsa Osage Casino expansion, photo and video updates will be posted to the www.osagecasinos.com website.

On the website main page, visitors can click a gold button to access a web page where 16 recent photos and three-minute video footage of the construction project are posted. Drone aerial video footage is also posted to the website, credited to Crossland Construction Company, which is building the new casino and 126-room hotel property.

The $150 million construction project is expected to last through summer 2018.

As of Feb. 15, construction crews installed more than two dozen concrete pillars and a wall as part of the foundation needed to support the forthcoming building being built just west of the current Tulsa casino, which opened in 2005. The west side doors of the casino, which served as access to the now-demolished Osage Event Center, are now sealed.

“We’re going to try and keep everyone up to date as much as possible, especially those (Osage citizens) out of town,” Bighorse said of the photo and video plans during a December Osage Nation Gaming Enterprise Board meeting.

According to announced plans, the new Tulsa casino will feature 1,500 electronic games, 20 table games and five poker tables. The casino will also include bar and restaurant amenities and the hotel will include six suites, a ballroom and multiple conference rooms and banquet facilities.