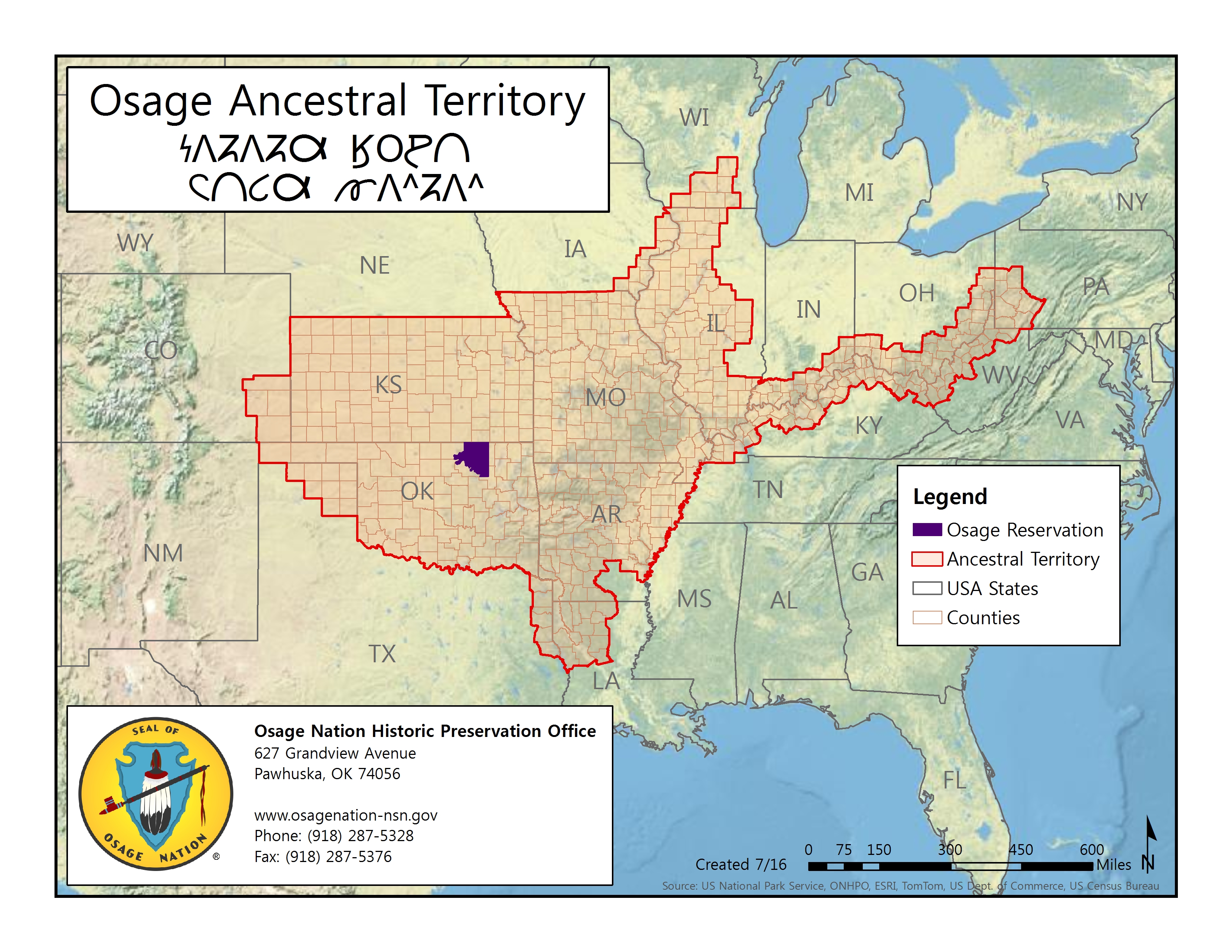 The Missouri State Historic Preservation Office is not responding to repeated requests from the Osage Nation for the human remains and funerary objects the National NAGPRA Review Committee ruled were Osage in December 2015.

“This is extremely important to us – we have such a long history in the state of Missouri that spans several centuries and goes back to A.D. 400-500, that’s a long period of time,” Hunter said. “So we have deep roots there and we can prove through archaeology, linguistics, oral traditions. We can prove we were there for that long period of time and the Missouri SHPOs office should recognize our presence there in the past and it’s simply disrespectful that they will not repatriate those remains to us.”

In early March, a delegation of Osages including Principal Chief Geoffrey Standing Bear, legal counsel and advisors, traveled to Jefferson City, Mo., to meet with the director of the Missouri Department of Natural Resources, which the Missouri SHPO is under. The director said they would look into the Missouri SHPOs actions and find out how they came to the determination the Sac and Fox were the rightful claimants of the remains and send the information to the ONHPO. Hunter said they are still waiting for that information.

“Our office will continue to pursue these NAGPRA claims until it is resolved,” she said.

The Clarksville Mound Group is a site in Clarksville, Mo., that at one time had 10 mounds from the Late Woodland to Mississippian period, according to the ONHPO. However, all but one mound was destroyed when a “skylift” tourist attraction was constructed in 1962. In 1995 and 1996, the City of Clarksville and the Missouri SPHO removed, at a minimum, 22 individuals and two associated funerary objects from the last remaining mound, according to the ONHPO.

In 2002 and 2006 the individuals and funerary objects were exhumed and transferred to the Missouri SHPO from private collectors and the University of Missouri, according to the ONHPO. At final count, there are a minimum of 29 individuals and two associated funerary items awaiting final transferal.

The ON Historic Preservation Office (ONHPO) presented an update on March 16 to the National NAGPRA Review Committee in Denver, Colo., on the failure of the Missouri SHPO to repatriate the ancestral Osages from the Clarksville Mound Group site on March 16.

When the committee ruled unanimously that the Osage Nation is culturally affiliated with the prehistoric Clarksville Mound Group site in 2015, they set a 6-month deadline for the Missouri SHPO to consult and continue repatriation of the ancestors and their funerary items to the Osage Nation.

Hunter, accompanied by ON Asst. Attorney General Morgan Currey, informed the committee that the Missouri SHPO had respected the committee’s finding in 2015.

“The Missouri State Historic Preservation Office stated that after review, the Osage Nation was indeed culturally affiliated with the human remains and associated items from the Clarksville Mound Group. However, the Missouri State Historic Preservation Office also stated that the Sac and Fox were still considered the most appropriate claimant and disposition would continue to the Sac and Fox,” Hunter said.

The ONHPO, in response, requested the administrative record of the Missouri SHPO’s determination process and their evidence to support such a determination. On Jan. 23, the Nation received a letter from the Missouri SHPO which stated their intent to provide the requested administrative record. As of March 16, no such record has been provided, Hunter said.

The National NAGPRA Review Committee Chairman, Armand Minthorn, thanked the Nation for the update and Hunter for her continued persistence.