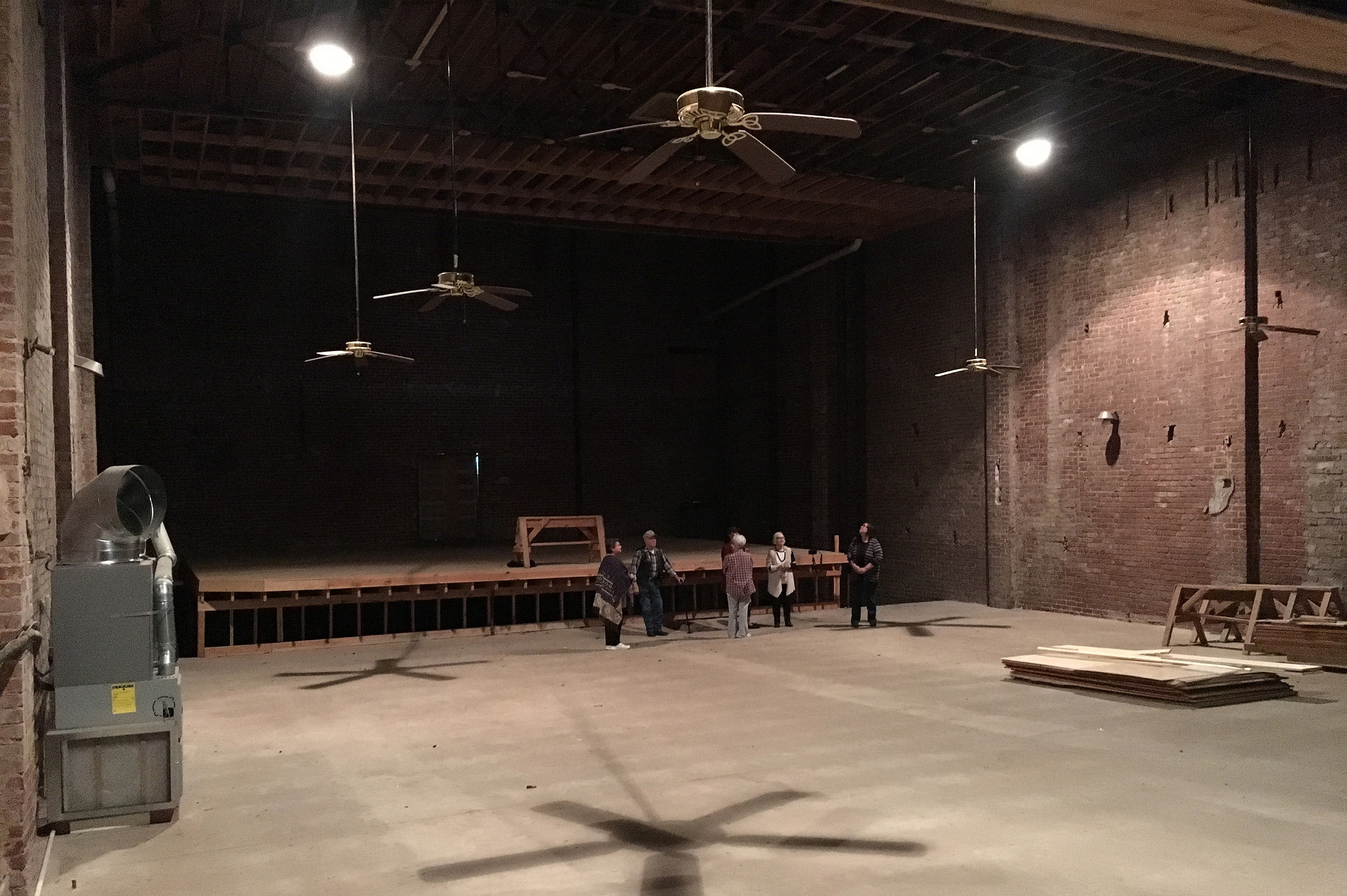 FAIRFAX, Okla. – For nearly 60 years, no one has stepped foot in the Tall Chief Theatre. The theatre is a reminder of days gone past when things were just a little bit easier and Fairfax was a booming oil town full of rich Osage culture and bustling streets.

Nearly every family in Fairfax has a story about the theatre, says Dr. Carol Conner, board member of the nonprofit Fairfax Community Foundation. The four-member Foundation has owned the theatre for the last 20 years and is trying to restore the Tall Chief back to its former glory.

On March 25, they held a fundraising event called Art Market in the Tall Chief and offered a tour of the theatre. The art market was held in a restored room that used to be a barbershop; the Osage Casinos gave a $5,000 donation to help restore it and it was completed about six months ago, she said.

“[The Tall Chief Theatre] was built as both a vaudevillian theatre and a movie theatre,” Conner said. “So that there could be live acts on stage as well as movies later.”

The Tall Chief Theatre was built by Alex Tall Chief in 1928, when his two daughters, famous ballerinas Maria and Marjorie Tall Chief, were young. The theatre can seat up to 850 people and as the floor slopes downward the ceilings get higher, rising to four stories tall above the stage. Under the stage is an area for dressing rooms where vaudevillian acts would rush down to change costumes.

Conner said the architect’s estimate to restore the Tall Chief would take about $1.5 million. She said about 15 years ago private owners spent between $250,000 to $300,000 on a new roof and other renovations inside.

Six people signed up for Conner’s tour and she led them into the entryway where a girl, always a girl she said, would take money for tickets and admission was 10 cents for children and 35 cents for adults. She shows them where there used to be a concession stand and says, “You could spend all day with 50 cents and have all the popcorn and sodas you wanted.”

In a surprisingly small room off to the left of the entryway is where the original Fairfax Police Station used to be. Conner said it would take about $5,000 to restore the room and they would open it up for community organizations to have meetings and they could also expand the space used for their art markets.

The staircases leading up to the balcony still have their original terrazzo steps, she said, and the entire inside of the theatre has been gutted.

“A lot of renovation work has been completed. The roof was fixed but there are many walls missing so we need walls sheetrocked,” she said. “We have electricity, and we have heat and air; we do not have plumbing. And so, plumbing is the big expensive thing. The old bathrooms were tiny and there will be structural renovations that will have to be done to get bathrooms into the building.”

As she leads the tour into the main theatre, participants comment on how big the theatre is and how grand it must have been. The entire inside of the theatre, including the upstairs balcony and offices, have been reduced to beams of wood, ready for framers to put in walls and sheetrock when the funding is available.

“The Fairfax Community Foundation is a 501c3 and people can make tax-deductible contributions, or they can join as members and donate money that way,” she said. “We can take donations of time, and/or money at any time.”

Conner said David Grann, author of “Killers of the Flower Moon: The Osage Murders and the Birth of the FBI,” will be in Fairfax later in the month and they plan to have a book signing for him at the Tall Chief on either April 30 or May 1. She said there will be a traditional Osage meal served for him in town or at the Grayhorse community building. Once plans are finalized the Osage News will post the date and time to their social media sites.