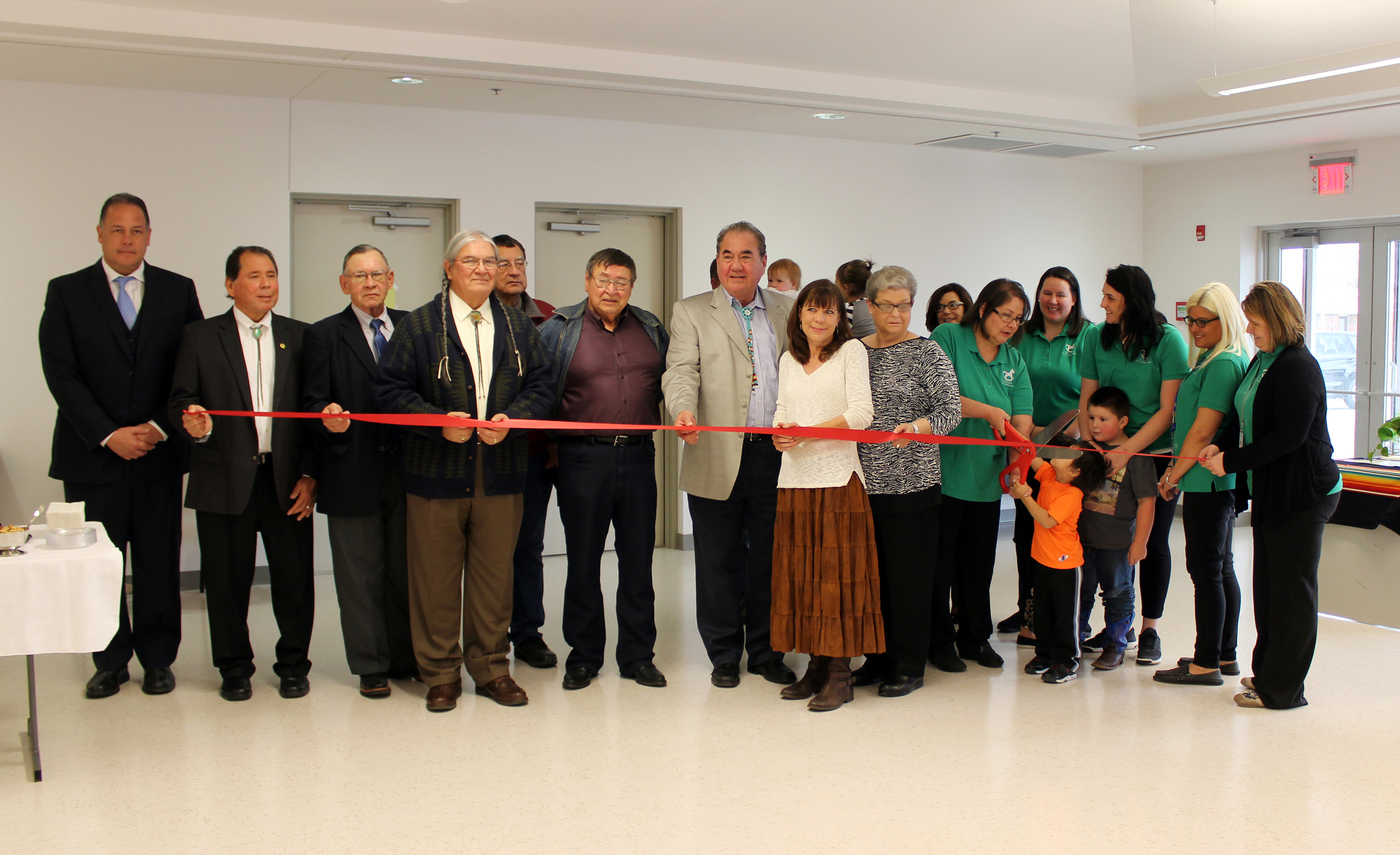 The facility contains classrooms, a commons area in the child care center; an enclosed playground and two FEMA storm safe rooms. The senior center side contains a commons area. Both facilities will share a commercial-size kitchen in the center of the building to serve meals for both child care and senior programs.

The Nation broke ground on the $3 million, 10,000-square-foot facility in September of 2015. The facility is a dual-use child care and senior center located on south Eighth Street near the Catholic Church. The facility is 100 percent tribally funded.

Currently, the Nation’s Elder Nutrition program (formerly called Senior Services/ Title VI) cooks all its weekday lunches out of its Pawhuska facility before they are delivered to elders throughout the Nation’s jurisdiction who are not able to attend the Senior center in Pawhuska.

In 2014, the Third ON Congress passed a $3.3 million appropriation bill (sponsored by then-Congressman Standing Bear) that was later reduced to $3 million for the Fairfax facility construction with the remaining $300,000 designated to cover the Nation’s investment in bringing a grocery store to the Fairfax community. Congressman Archie Mason was the co-sponsor of the bill.