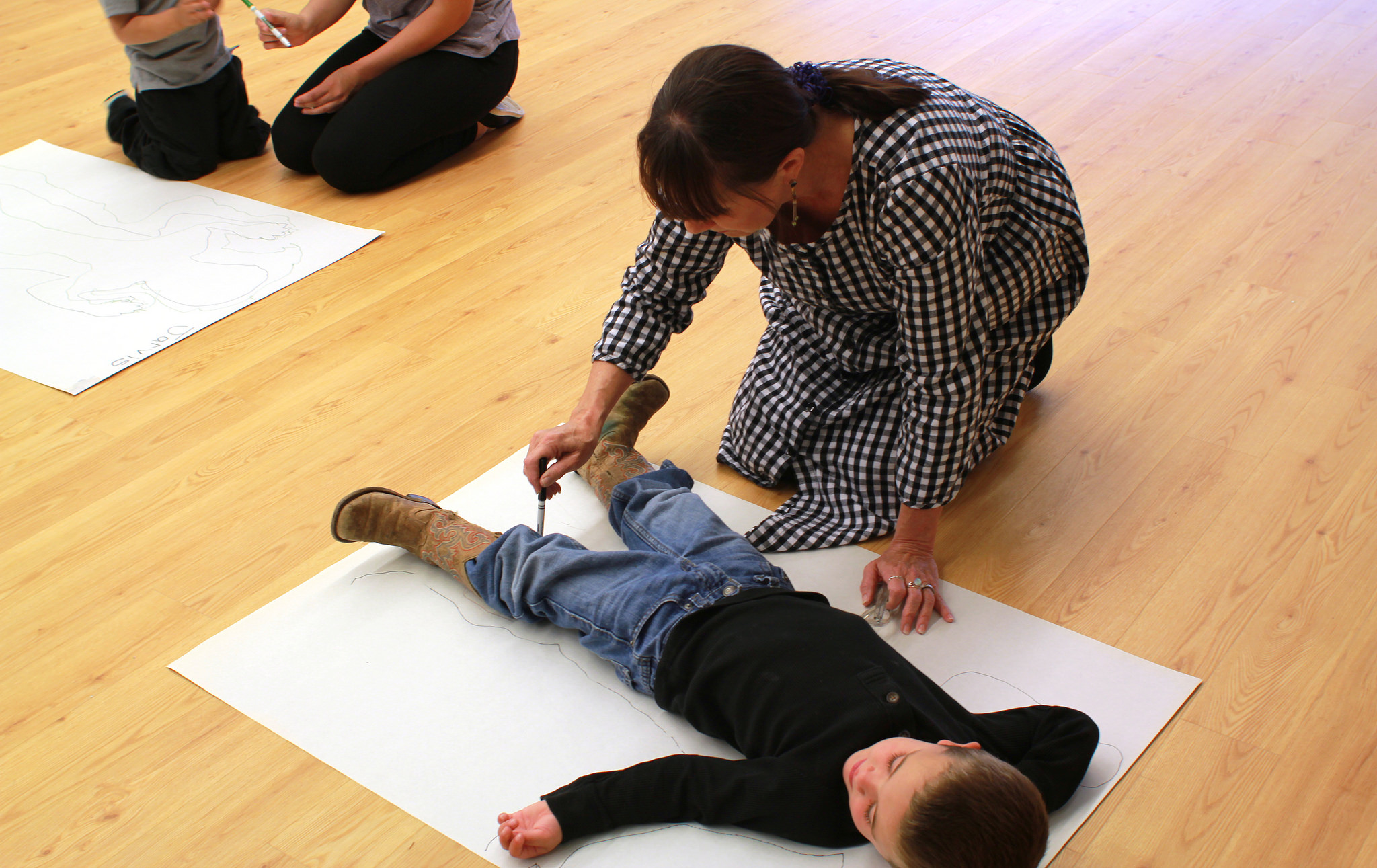 FAIRFAX, Okla. – Wendy Ponca knelt on the brand-new floor of the newly-opened Fairfax Wah-Zha-Zhi Early Learning Academy on March 30 to trace the tiny body of one of its students for a painting she and her daughter Alexandra Ponca Stock will be painting for the facility. The boy laid still as she carefully traced around his fingers. When she was finished, he jumped up and grabbed markers to draw a face on his big sheet of paper.

“This will be historic because these are the first kids of these classes, of our WELAs, and immersion program,” Ponca said, who has grandchildren in the Osage Language Immersion School. “We have pictures of our elders in the Osage Nation Museum and this is kind of the new thing, where we have pictures of the children, so when they grow up to be grandparents they can take their kids to the painting and say look, this is me when I was a small child when I was learning Osage again.”

Ponca, a well-known artist throughout Indian County, and Ponca Stock, a rising and accomplished artist in her own right, will be working through the month of April on five large paintings to go into the Fairfax, Hominy, Pawhuska and Skiatook Wah-Zha-Zhi Early Learning Academies (WELA) and the Immersion School in Pawhuska. She said the paintings will be finished by May 10.

They will use acrylic paint on 8 feet by 5 feet canvases and each will be a portrait of the children in that facility. Ponca said the Nation asked for large paintings instead of murals because in case new buildings are built for the WELAs the paintings can be transferred.

“The idea of the project came from Chief Standing Bear,” said Debra Atterberry, Strategic Planning and Self-Governance Analyst, who is helping to oversee the project. “The first year he was in office he was trying to find the money to do a mural of each one of the new WELA schools. So, when we applied for our second year of our TransCanada education partnership/fund/grant, we went ahead and put this in as a project for each one of our WELA schools and Immersion School.”