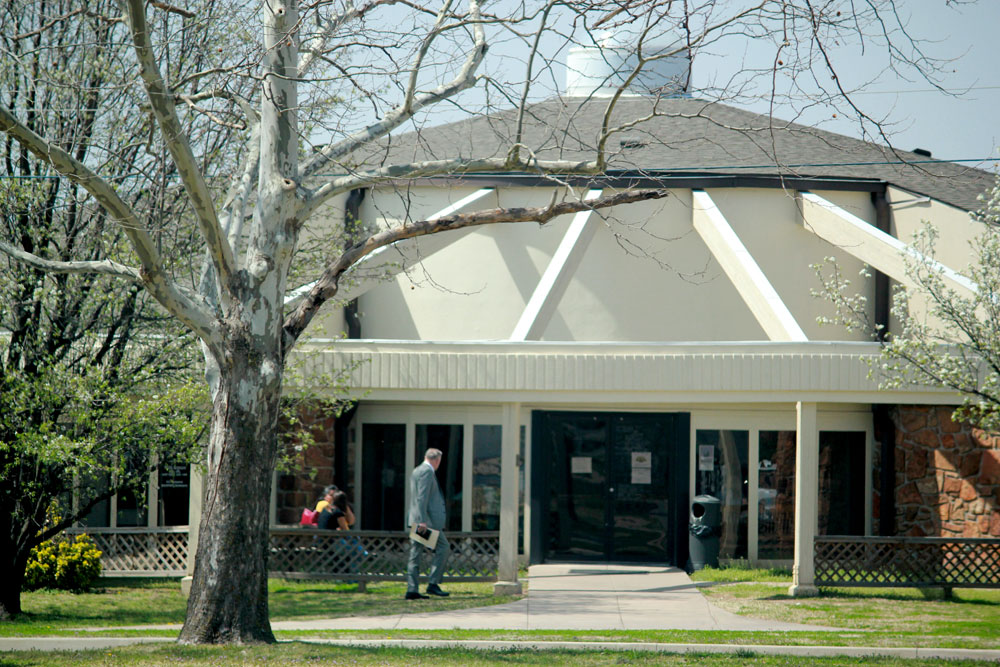 Osage Nation First Assistant Attorney General Clint Patterson said the Nation is using Bio-Gene DNA Testing, LLC, based out of Beaverton, Ore. He said the company can prove a biological match between Lintner and her alleged Osage ancestor with a 91 percent certainty. The Nation is paying for the testing.

Lintner is one of 60 individuals whose tribal enrollment is being challenged in ON Trial Court. In April of last year, the AG filed petitions against the individuals and seven have voluntarily relinquished their memberships, including the memberships of their children, according to the AG’s office.

Tribal memberships came into question after a former Membership Department employee was caught falsifying records to enroll her adopted children and her sister’s adopted children in 2015. After her departure, an investigation ensued into the membership records during her tenure. After the investigation was completed, those individuals who could not be verified were served with petitions for removal.

Lintner, 68, claims to be the descendent of Paschal F. Canville, Osage original allottee No. 1054. According to Canville’s family tree, provided by the membership department, in 1906 he enrolled three children onto the Osage roll. They are John Canville, Aouida Canville and Cecil Canville.

Lintner claims to be the descendent of Canville’s illegitimate daughter, Lola C. Brown. Brown was born in 1888 and is Lintner’s grandmother. Lintner said her family has done extensive research over the years and that her mother tried to obtain a membership with the Osage tribe in the past but was unsuccessful.

Legal counsel for Lintner, Brad Hilton of the Hilton Law Office in Skiatook, said Lintner’s family research, combined with research they have gathered, produced five affidavits obtained from the National Archives in Washington, D.C., that say Canville is the father of Lola C. Brown.

“We have a physician who attended shortly after the birth [of Brown], Canville himself, and miscellaneous other people, but again all of them are over 100 years old and have been in (Canville’s) BIA file,” Hilton said. The National Archives is the repository of records for the Bureau of Indian Affairs.

“What we’ve got are authenticated copies, which are for what we’re doing here … the BIA will neither confirm nor deny the records. We have hired people but most of the records were located previously by family members through research at the National Archives,” Hilton said. “I know they’ve been to Fort Worth and other places where they house the records. But, we’ve also previously hired someone who does this, to locate records for us as well.”

Other affidavits provided were from a neighbor and a stagecoach driver.

According to the petition mailed to Lintner in April 2016 from the AG, both the Oklahoma District Court for Osage County and the U.S. Department of Interior determined Brown is not the descendent of Canville. Membership disputes arose in 1907 and a trial before the U.S. Senate questioned the legitimacy of 100 members.

Hilton said Lintner and her family members do not own a headright interest to the Osage Minerals Estate and are not eligible to. He said their fight to be members of the Osage Nation is not about money.

Stout ordered the DNA testing of Canville’s oldest living descendants that are tribally enrolled, which would be his great-grandchildren; all live outside of Oklahoma. Patterson said Bio-Gene DNA Testing can arrange tests to be performed in any major city so the tribal members would not have to travel back to Pawhuska. He said he spoke with those descendants and they all agreed to be tested.

“Bio-Gene DNA states they are capable and willing to facilitate DNA testing to prove with a reasonable certainty as to status of a biological relationship between the grandchildren of John and Aouida Canville … and the grandchildren of Lola Clawson [Brown],” according to the Nation’s petition. “The presence of a biological relationship between all grandchildren provides proof that Lola Clawson [Brown] is the direct lineal descendant of Paschal F. Canville.”

Hilton said Lintner will submit to a DNA test but she has issues with some of the names on her family tree that the Membership Department provided to Patterson.

Hilton asked Stout if the court would consider exhuming the body of Canville and testing Lintner’s DNA with that of Canville’s directly. Stout said that would be a last resort. Hilton said Canville is believed to be buried in Kansas.

Accredited by the Clinical Laboratory Improvement Amendments and the American Association of Blood Banks, Bio-Gene DNA Testing offers legal maternity/paternity testing, family relationship tests and prenatal non-invasive paternity tests that can be taken at home or at one of their sites.

According to Bio-Gene’s website, the most accurate DNA tests are obtained from laboratories “who perform no less than 25 genetic markers testing for paternity and relationship determination.”

Patterson said Bio-Gene is developing a unique test for the Lintner case.

“We told them what we needed and they are going to tweak their tests to run and see if there is a biological match,” Patterson said. “The tests will be conducted at one of their sites, the chain of custody will be determined, all of the legal stuff they do there at the collection site, to ensure its collected right and under their legal standard of testing. It will all be sent to the Bio-Gene lab and they will run their program. It will take 7-10 days to provide the results.”

A request for comment from Bio-Gene DNA Testing was not returned.