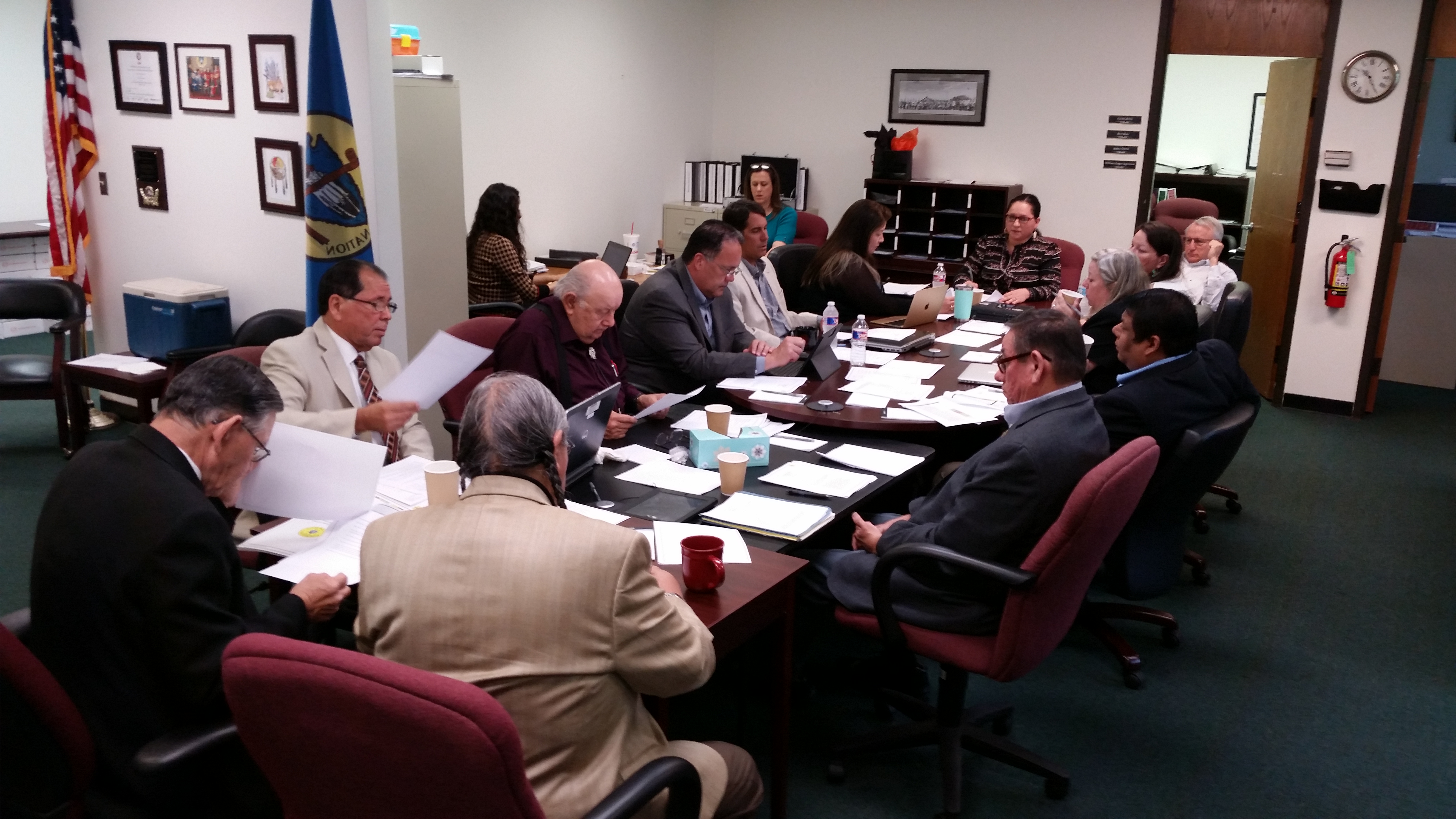 ON Congress confirms individuals for board service

On Day 20 of the 2017 Hun-Kah Session, the Fifth Osage Nation Congress voted to confirm several individuals to serve on various ON boards.

The individuals are board appointees made by Principal Chief Geoffrey Standing Bear and all are subject to consideration of confirmation by the Congress.

Those receiving unanimous confirmation votes for three-year board terms are as follows:

- George Pease and Julianne “Judy” Johnson are reappointees for the Grayhorse Village Committee (Five-Man Board).

- Terry Hazen and Shannon Lockett are reappointees for the Election Board.

- Paul Bemore and Mike Wellner are reappointees for the Utility Authority Board.

Also that day, the Congress voted to reconfirm Randy Standridge, Anthony Webb and former Osage Congressman Eddy Red Eagle Jr. for board positions on the Osage Nation Energy Services (ONES) LLC Board. The three men received 11 “yes” confirmation votes and one abstention from Congresswoman Shannon Edwards.

Red Eagle was the lone board appointee present during the session and acknowledged the Congress. Red Eagle said he is hoping bill ONCA 17-69 is passed so the ONES Board may proceed with business plans and activities.

ONCA 17-69 is a bill (sponsored by Congressman William “Kugee” Supernaw) to appropriate $350,000 to ONES, which is unspent money from a previously approved appropriation bill (ONCA 13-100 passed by the Third ON Congress). The $350,000 appropriated to ONES in ONCA 13-100 contains a restriction that the money is spent on purchasing real property in accordance with its annual plan of operation. ONCA 17-69 has yet to be considered in the Hun-Kah Session.

For more information on the ON Congress, visit the Legislative Branch website at www.osagenation-nsn.gov/who-we-are/legislative-branch