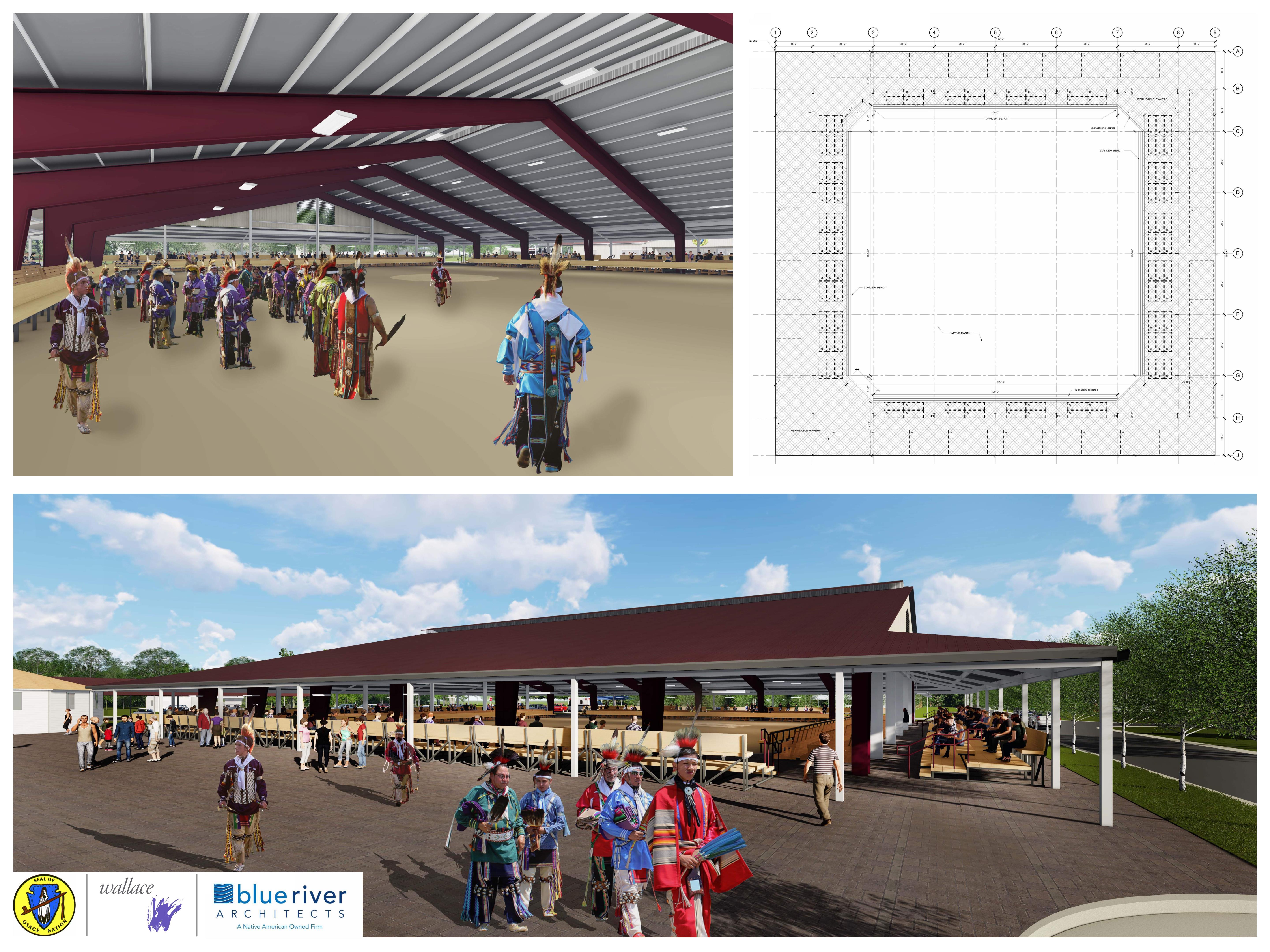 The Osage Nation is hosting a groundbreaking ceremony for the Hominy Village Square project at noon June 28 to kick off the planned projects for the community building and the dance arbor.

The plans call for the Hominy District to get a new community building and improvements to the arbor in time for the June 2018 In-Lon-Schka ceremonial dances. The current community building will be razed and a new one will be built in the same place.

During the past several months, the Executive Branch and Hominy Village Committee (Five-Man Board) have hosted community meetings to gather input on future improvements to the village square, which hosts the second of three In-Lon-Schka dances each June. As a result, the village roundhouse underwent a restoration project earlier this year in addition to the upcoming project work.