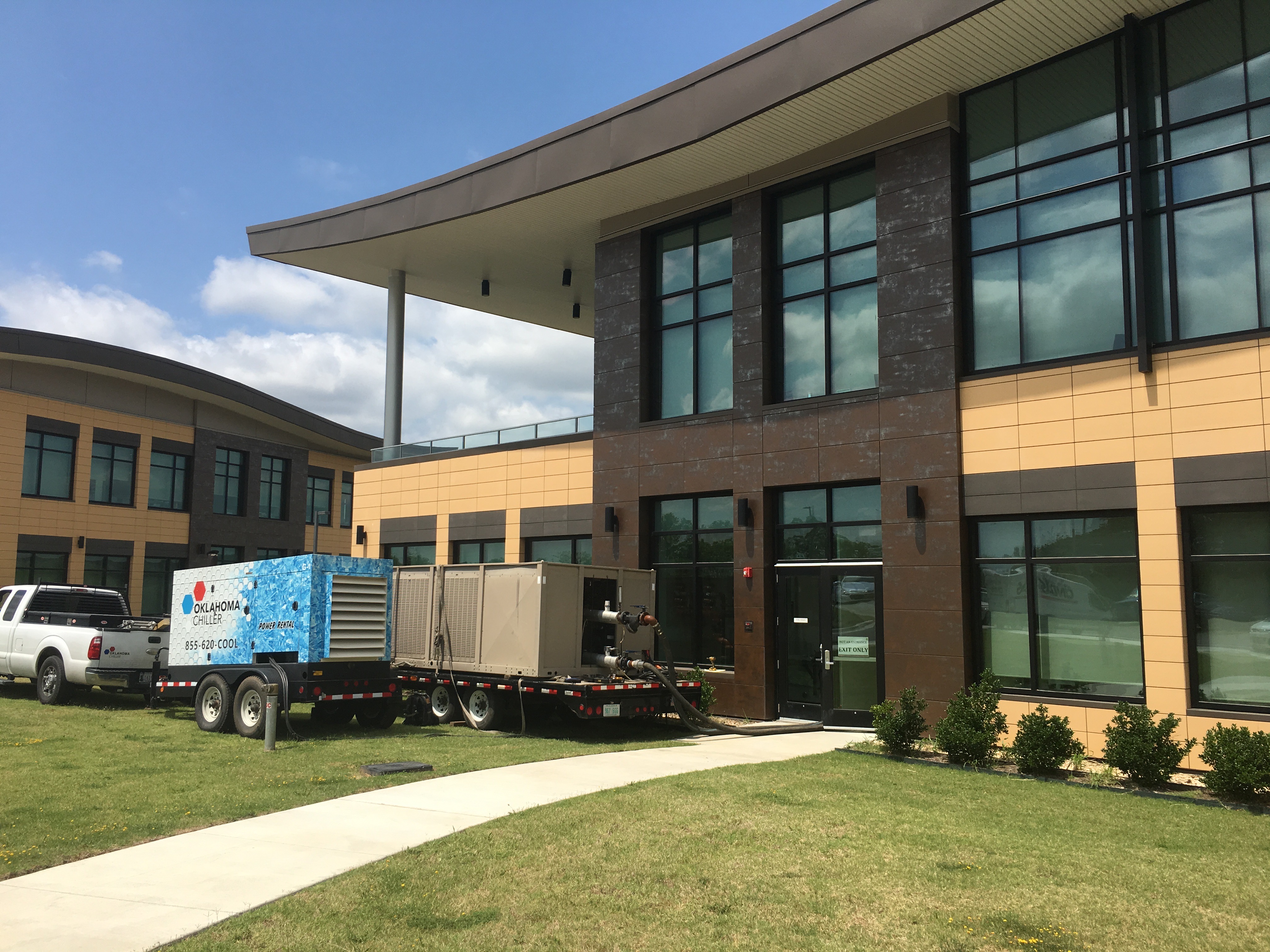 In-Lon-Schka is over but the heat has carried on for some Osage Nation employees who work in the Welcome Center. Surrounded by windows that don’t open, the employees were feeling the heat as temperatures rose to 90 degrees inside the glass walls this week.

The state-of-the-art air conditioning unit for the Welcome Center, designed by Seattle-based PAE Engineers, has been malfunctioning since Monday. It’s the latest mishap for the multi-million-dollar buildings that are the first phase of the Campus Master Plan. The buildings were officially opened in November of 2015.

The good news, the air conditioning is still under warranty and PAE has claimed full responsibility for the design flaw and a temporary fix has been made for the Welcome Center.

“There is a flaw in the design that prevents adequate flow in the geothermal system in temperate weather. This is because in temperate weather the system cycles on and off constantly. This wears out certain parts prematurely, causing the system to fail,” according to a statement from the Office of the Principal Chief on June 30. “A temporary system is now up and running, and the temperature in the Welcome Center is approaching normal. Permanent changes like those made in the Law Building will be made in the Welcome Center.”

The adjacent Law Building was without air conditioning for a year, with portable air units set up throughout the 18,000-square-foot two-story building to keep the employees comfortable. The air conditioning was recently repaired. The Welcome Center is 20,000 square feet and is two stories with a basement. Both buildings were designed by Seattle-based architecture firm CollinsWoerman – which was selected by a planning committee in 2009, and constructed by the Penta Building Group.

Both buildings have sustainable energy features such a temperature control systems that use natural light, water, fans and pumps to cool and heat the buildings. The cost of the Law Building and Welcome Center was $24.6 million.

Employees in the Welcome Center said they were told on Monday that if they were to leave they would have to use their Paid Time Off (PTO), which was inconvenient for most since they depleted their time off to attend the In-Lon-Schka dances. Then on Thursday, they were told they could leave in intervals, so long as it didn’t affect business hours.

Standing Bear said there was never a directive from his office, or a directive from the Human Resources Department, stating employees must take PTO for going home. He said they were granted administrative leave if they wished to leave because of the heat and there were employees who took the administrative leave. Human Resources Director Scott Johnson concurred.

“I’ve asked for an assessment of any lost time for employees and to have that information turned over to the Attorney General’s office. For example, if they found out that 20 employees for two days could not work due to the heat, I want to figure up how many hours that is and I want the Attorney General’s office to send a letter to the company accepting responsibility and say we’ve lost this much employee work time and that’s your fault and you need to reimburse us,” said Principal Chief Geoffrey Standing Bear. “But the priority is to get the air conditioning working and design flaws fixed.”

Employees said there were individuals with diabetes working in the building, employees with heart problems, they said they felt sick after lunch time because of the heat and as the day grew hotter they got headaches and felt unsteady. One employee specifically requested that Congressman Joe Tillman be given recognition because he visited every day to make sure everyone was okay and brought ice chests full of cold wet rags for the employees. Some of them had them tied around their necks.

The Human Resources department also brought popsicles for all the employees in the Welcome Center and distributed them.

“We express our deepest appreciation to employees who worked through adverse conditions to deliver services to the Osage people. Thank you,” according to the statement. “To our constituents, your patience and understanding during this difficult period has been greatly appreciated.”

In December 2016, the air conditioning units in the vestibules of the doorways malfunctioned in the Welcome Center and began gushing water that flooded the entryways. After a severe Spring thunderstorm, the paneling in the back of the Welcome Center came off above the doorway. In mid-Spring, severe winds broke the glass on the north side of the building. All damage is under warranty and not the responsibility of the Nation.

[Editor's Note: This story was updated on July 1, 2017, to note Standing Bear never gave a directive, to directors or employees, stating they had to use their PTO for leave due to the heat in the building.]