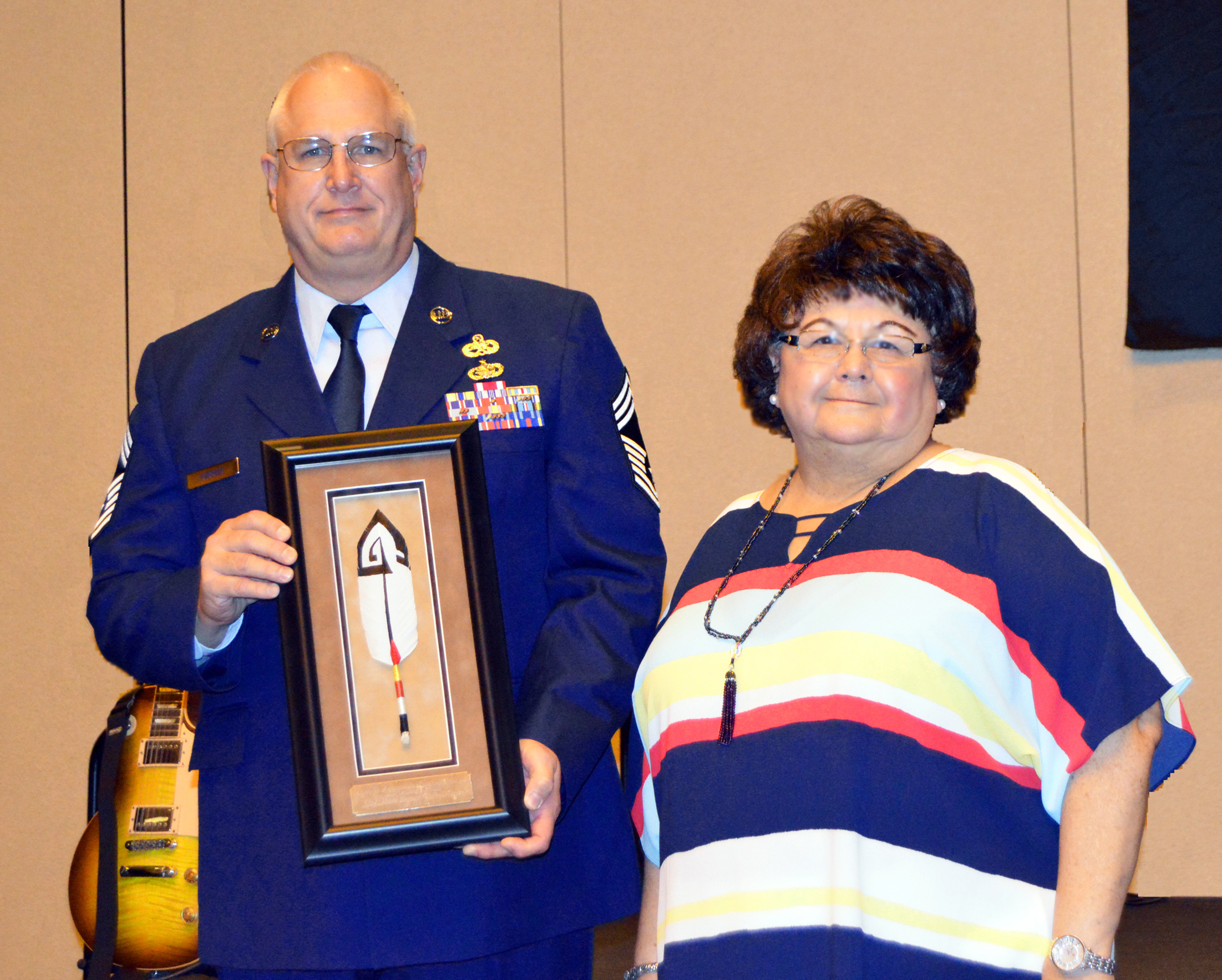 Chief Master Sergeant Richard Perrier was awarded the Achievement Award in Leadership from the Society of American Indian Government Employees (SAIGE) on June 7 in Scottsdale, Ariz.

Perrier received the honor at the SAIGE Recognition Awards. He was honored for his work with the Osage Veterans Memorial and the Tinker Air Force Base.

In June, he hosted more than 50 Osage youth, chaperones and community members from the Osage Nation at the Star-Spangled Salute Air Show at the Tinker AFB. The show was part of the festivities of the 75th Anniversary celebration. He also serves as the senior advisor to the Tinker Inter-Tribal Council.

According to a press release, SAIGE is the only national non-profit organization for American Indians and Alaska Natives in all areas of government; Federal, Tribal, State and local. The 2017 Conference took place June 5-9.

For more information about SAIGE, visit their website at http://saige.org/