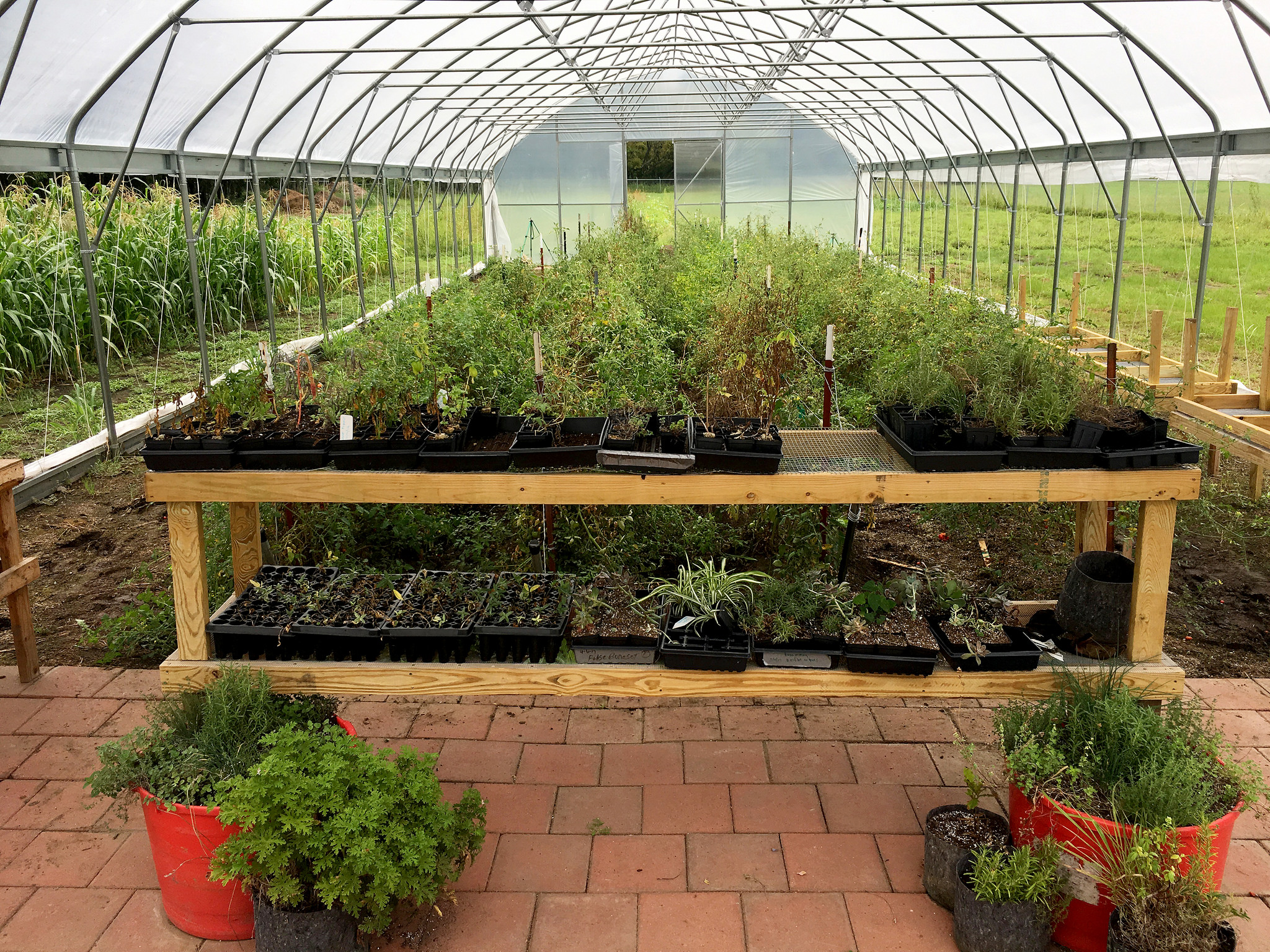 On a cloudy day in August, the Communities of Excellence staff walked through cornstalks while giving a tour of Bird Creek Farms. The buzzing of honey bees could be heard as the pollinators were doing their job.

“The colony of honeybees came from William St. John, he donated them to the farm,” said Director of Operations Casey Johnson. Just a few yards away he bent over and picked up a soccer ball-sized watermelon and held it up. “We’re going to give watermelons to all the Nation’s schools.”

Bird Creek Farms is the result of a 270-acre gift from the Lynn family in the early 1990s. Rediscovered by the Standing Bear administration in 2014, the Communities of Excellence (COE) staff, workers from the Ta-Wa Americorps and Americorps programs, have been working, clearing, and tilling 70 acres for community use for the past 3 years. The fruits of their labor are beginning to show.

What started out as an overgrown piece of property has been transformed into community gardens, two hoop houses with two more coming, a monarch butterfly habitat, an arbor for wood and coming soon: walking trails. Currently, produce grown on the farm includes five species of tomatoes, cucumbers, watermelon, cantaloupe, lettuce, beets, beans, squash, turnips, okra, herbs, onions, and three species of corn. Pecan and walnut trees also grow on the property and when the season nears, those will be harvested as well.

Currently, the COE harvests the vegetables and gives what they harvest to the Nation’s elder programs, said COE Director Jason George. They have also partnered with the Nation’s Prevention Program and the clients in rehabilitation come twice a week to harvest vegetables as well.

“Part of rehabilitation and getting healthy is eating right,” Johnson said. “They love it when they’re out here. It gets them out of the building, gets them outside.”

The wood on the property is cut and split and given to bereaved families for funerals and memorial dinners, naming ceremonies, to In-Lon-Schka district committees, family camps during In-Lon-Schka, Sweat Lodge ceremonies, Native American Church ceremonies and Osage Nation sponsored events, George said. The wood is palletized and free of charge.

Water used to irrigate Bird Creek Farms comes from the City of Pawhuska’s main water line on the property.

On Aug. 26, from 7 a.m. to 11 a.m., Osage tribal members and Osage Nation employees and their families are invited to harvest vegetables from Bird Creek Farms. The only vegetable that isn’t ready for harvest is the corn.

Bird Creek Farms is located at 101 Midland (south of Bird Creek) in Pawhuska. A sign will be posted with the available produce and the COE staff advises that people wear a hat, rubber boots, bring bug repellant, sunscreen, a basket and a drink.