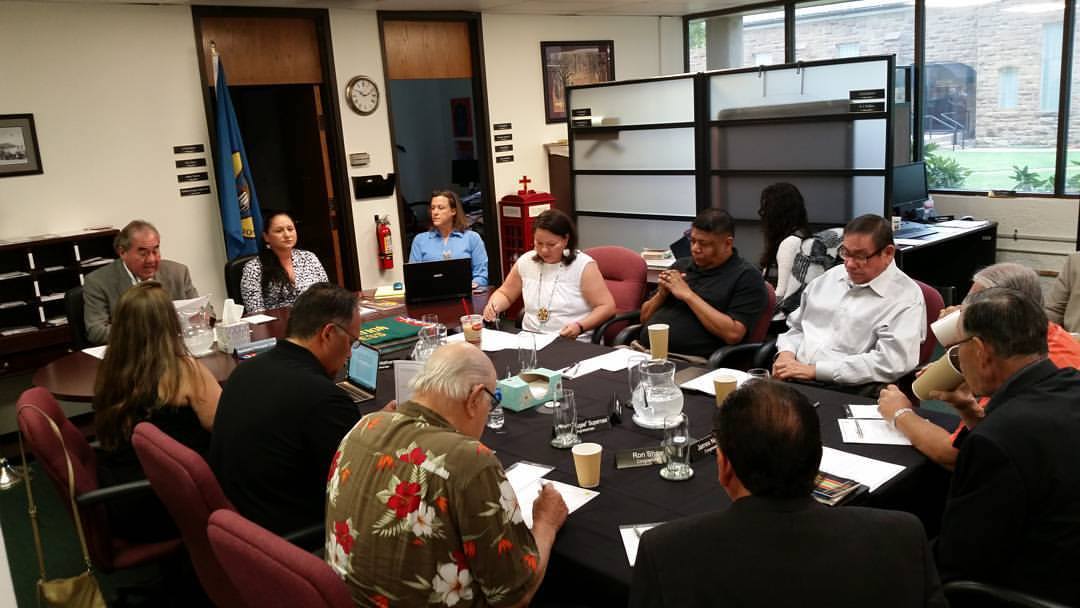 Osage Nation Principal Chief Geoffrey Standing Bear, with the consent of the Fifth Osage Nation Congress, has signed an intergovernmental agreement with the State of Oklahoma and Oklahoma Corporation Commission (OCC) to plug a dangerous seeping geothermal well near Pawhuska High School.

According to a Friday, Aug. 25, email sent by Tyler Powell, Deputy Secretary of Environment for the state, Gov. Mary Fallin will sign the agreement on Monday. Jim Marlatt, Manager of Field Operations for the OCC, wrote in an email that the contractor plugging the well was deploying their team Friday night and, weather permitting, would complete the job in two days.

“On behalf of Secretary Teague, I want to say thanks for all the hard work that we have seen through this process and today want to particularly thank Chief Standing Bear, Assistant Chief Red Corn, Assistant Attorney General Clint Patterson, Corporation Commission Administrator Tim Rhodes, along with Jim Marlatt and Tim Baker,” Powell wrote. “As I told Chief Standing Bear, I hope this remarkable cooperation between tribal, state, and federal agencies will lay a path for us to continue to work together in the future.”

According to the agreement, the OCC will plug the well using money from their Corporation Commission Gas Seep Fund, not to exceed $50,000. The agreement also had a clause for the Nation to allow a limited waiver of sovereign immunity, the Osage Congress approved that waiver of limited sovereign immunity on Aug. 25.

“Results of the air monitoring will be shared among OCC officials and the state Fire Marshal. Pending those results, the State Fire Marshal will determine when student occupancy may occur. Hopes are that Pawhuska Junior High and High School will resume class mid-week,” she said in the release. “The installation of the ventilation system became possible after a joint agreement was agreed upon between tribal and state officials.”

The Environmental Protection Agency Region 6 (EPA) has been conducting air sampling and all levels were below EPA screening levels for hazardous chemicals for Pawhuska schools on Wednesday, Aug. 22.

“The Pawhuska Public Schools would like to give recognition to the tribal, state, and federal agencies that have assisted during the gas seep event,” Neufeld said in the release. “We express our sincere gratitude to the support, resources, and expertise shared with school district officials in creating and maintaining a safe environment for our students and staff.”