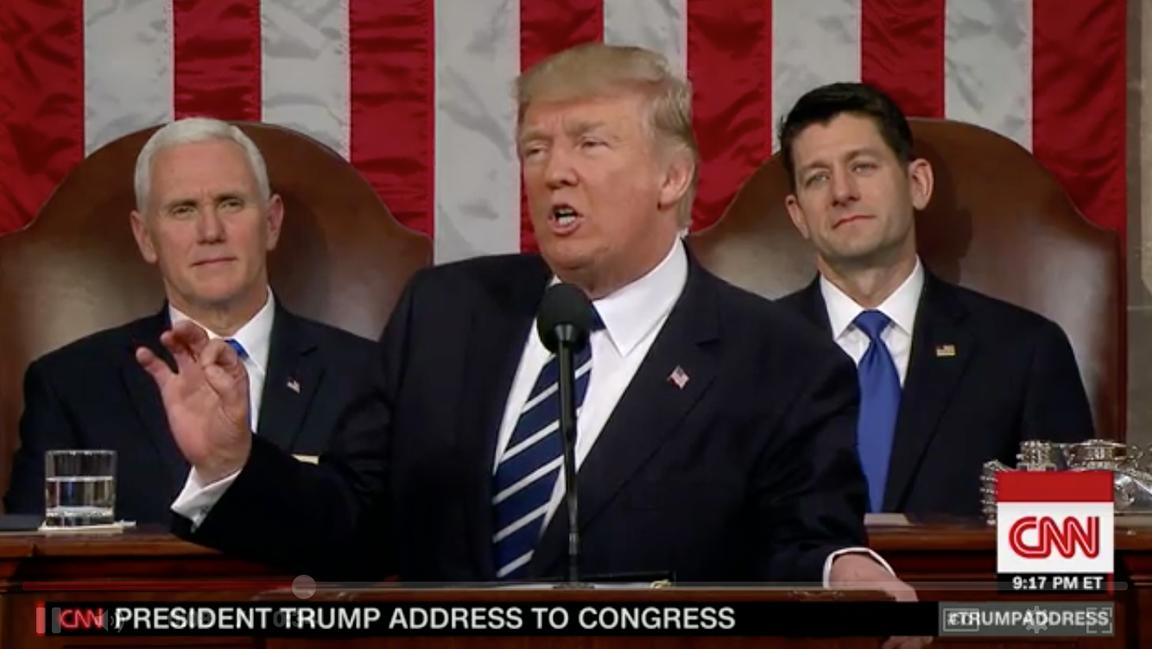 On Feb. 12, President Donald Trump released his administration’s proposed budget for fiscal year 2019. Although final approval of the federal budget rests with Congress, the executive branch’s recommendations are taken into consideration.

Calling it “duplicative of other Federal programs and initiatives,” the proposal calls for the elimination of the Indian Community Development Block Grant program under the Department of Housing and Urban Development. The closest equivalent federal offering that specifically serves Indian Country, the Native American Housing Block Program, is projected to take a 15.9 percent budget cut.

If approved, the Department of Interior would receive $11.67 billion, a decrease of $1.83 billion from the continuing resolution approved to maintain government funding this fiscal year.

Of that $1.83 billion slated to be cut, $453 million would come from the Bureau of Indian Affairs, more than any other agency or service under the Department of Interior. Currently, the BIA accounts for 20.4 percent of the department’s budget, trailing only the National Park Service.

The Supplemental Nutrition Assistance Program, formerly known as food stamps, would take a 22 percent cut next year, or $17.2 billion. In addition to reducing the amount made available with each month’s SNAP voucher, the budget calls for families receiving at least $90 per month to receive part of their benefits in the form of a box of canned and shelf-stable grocery items, similar to those made available through the Food Distribution Program on Indian Reservations.

At the local level, according to data published in January by the USDA, American Indian households make up 4.8 percent of the total population of Oklahoma’s Third Congressional District but account for almost 8 percent of all SNAP participants. The state’s other four districts have similar participation rate gaps.

Medicare would be hit with a $554 billion cut over the next decade, including a proposed $47 billion from changes to drug pricing. Per-person limits on Medicaid use would also be implemented as part of an effort to turn the program into a block grant with more state-level regulations rather than federal minimum standards.

Despite the slew of projected cuts, a handful of programs in Indian Country would receive additional money under the Trump administration’s budget.

Two programs under the Department of Justice would also get additional funds.

The Crime Victims Fund, which has never directly provided services to tribes, would have a 5 percent set-aside for Indian Country, or roughly $115 million.

The Office of Justice Programs, which oversees a host of tribally-related initiatives, would set aside 7 percent of its budget across the board for indigenous programs. Although the office has previously had part of its budget specifically set-aside for tribal assistance, those designated funds were only available to select programs.

On Feb. 14, Jefferson Keel, the president of the National Congress of American Indians, released a statement in response to the Trump administration’s budget.

“The proposed budget cuts to tribal governmental services, if enacted, would represent a clear retreat from the federal commitments and treaty promises made to tribes,” he said.

“We support proposals that treat tribal governments equitably, such as the proposed budgetary set-asides in the Department of Justice for tribes. Tribal parity should be the guiding principle for every other department or initiative as well, including addressing the opioid epidemic and building and repairing infrastructure.