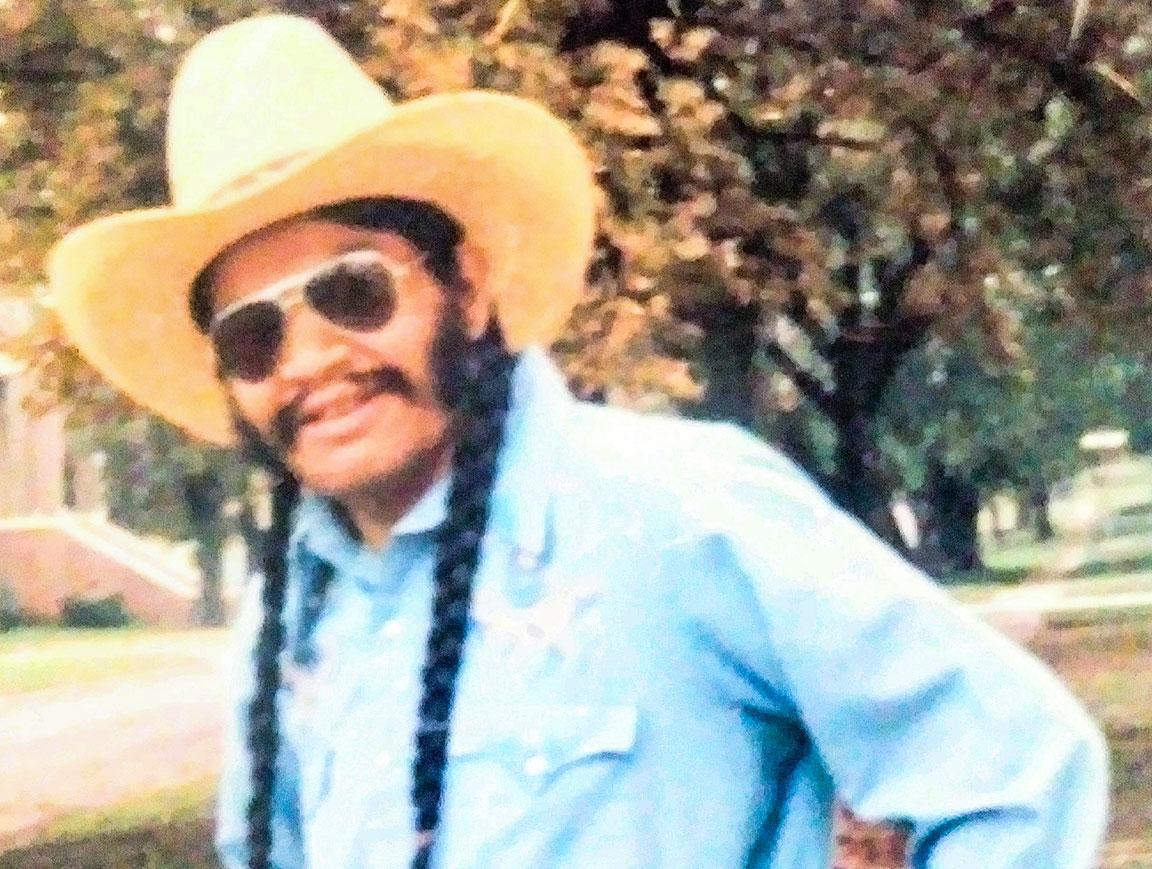 Jeffery C. Lunsford, 64, was called to heaven Friday afternoon, Oct. 26, 2018, while a passenger in an auto accident near his home in Fairfax, Okla.

Jeff was born on July 16, 1954 to parents Marvin and Mildred Ann (Bear) Lunsford at the Hamil Hospital in Fairfax but was raised in southern California. He is the grandson of the late Charlie and Susie (Bigpond) Lunsford and William and Helen (Morton) Bear. He was a proud member of the Osage and Creek Tribes, and a member of the Ponca clan.

After graduating High School at Bell, Calif., in 1972, he continued his education at Haskell Indian Nations University. A few years later Jeff moved to Fairfax and from then on, he always considered Fairfax his hometown. He has two children, Anna Sioux Lunsford and Jonathan Lunsford, and eight grandchildren.

Through the years, Jeff worked for the tribe and most recently had assisted at the Mounts Texaco in Fairfax. Friends enjoyed visiting with him at Texaco and affectionately referred to him as “Lunchmeat.”

Jeff spent several years on the Powwow trail, with Gathering of Nations in Albuquerque, N.M., being one of his favorites. He participated in In-Lon-Shka at Grayhorse for many, many years. He was always ready to lend a helping hand to others when he could. Jeff was quite the prankster and jokester.

In later years, Jeff was physically unable to dance but his heart was always in the “circle.” Due to his unusual “regalia,” Jeff was featured on the front cover of the Cowboys & Indians Mag in the 1990s.  When someone lost a family member, Jeff was the first one to arrive, spending tireless days and nights sitting up with the deceased for the grieving families of local tribal members and also often times the last to leave. He loved his Indian heritage as could be seen with his traditional ways.

He was preceded in death by his father, Marvin Lunsford; sister, Tracy Lunsford; brother, Teddy Lunsford; and brother-in-law, Ron Brumley.

Jeff’s online guestbook may be signed at www.hunsakerwootenfuneralhome.com

The irreplaceable Lunsford will forever be remembered.