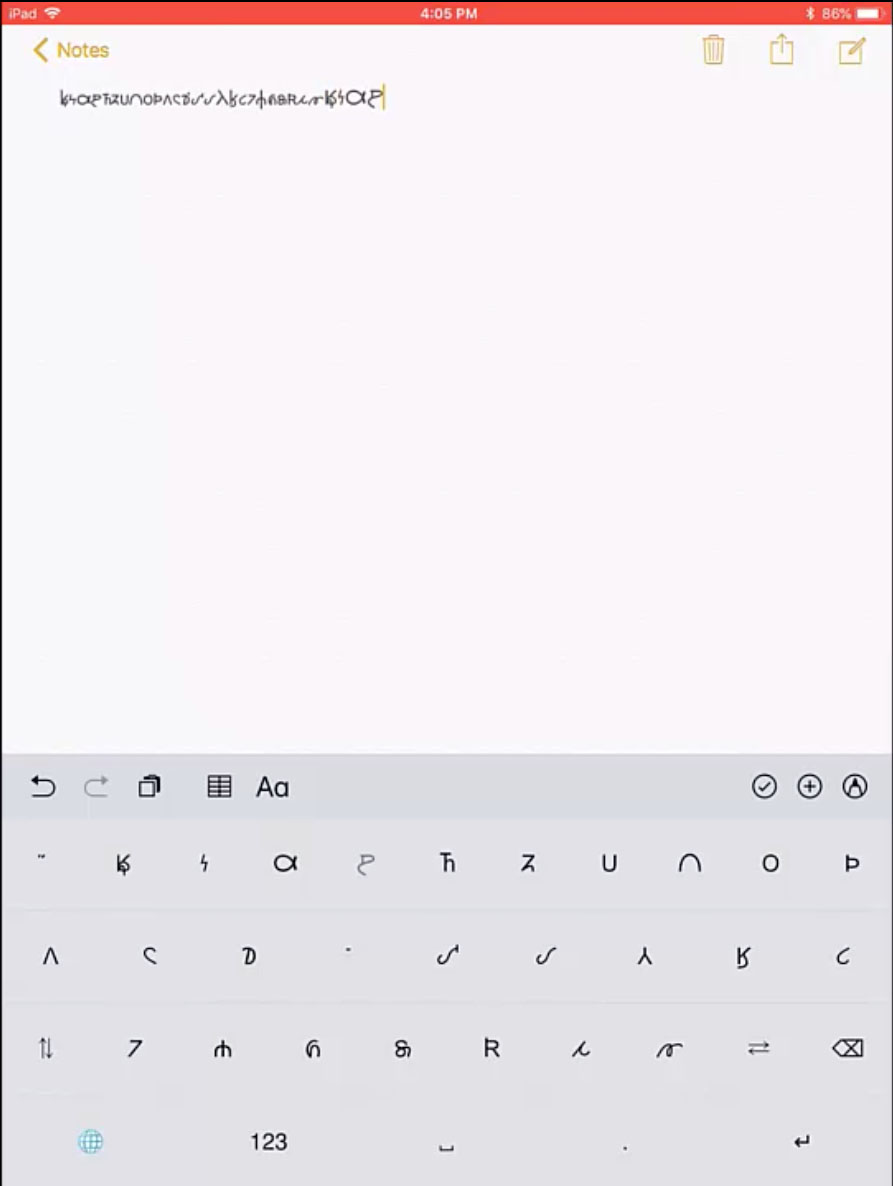 Osage font and keyboard available for iOS and Chrome

Early in September, the Osage writing system or orthography began its debut online popping up in social media feeds in short bursts of small sentences, all in the Osage language. For several years the Osage Nation Language Department has been working on its goal to make Osage language more accessible to Osages across the United States. Now, the Osage font is available for download, use and viewing on several operating systems including MacOS, Windows, Android 9.0, and now iOS for iPad and iPhone. The new developments come less than a year after the first-ever Osage language app debuted in November 2017.

“Technology is the new way we learn and communicate, and the Osage Nation Language Department is setting a trend with the technology,” said Language Director Vann Bighorse.

Since 2003, the Osage Nation has been working on developing ways to save the language. The early stages of language preservation were grassroots efforts that later developed into a full department. The focus has been on working with Osage language speakers, creating learning materials, gathering audio, collaborating with other Dhegiha language speakers, and trying to get all content and information online and into people’s pockets.

Getting the Osage orthography into Unicode, or a digital information conversion necessary to translate information to devices, was a major hurdle the Language Department crossed in early 2017. Since then the development of access via technology has gained serious momentum.

“I am very proud to see the progress of getting the Osage Language onto the mobile market. Working with companies such as Google and Microsoft as well as several independent application engineers has been an awesome experience,” said Mark Pearson, Osage Language Web Specialist. “As for making the Osage language available and mainstream to the public, this is just one more tool to help get us there.”

How to install the Font and Keyboard

Installation is free of charge. There is an app available now in the Apple Store called Osage Keyboard. This allows users to type in the Osage orthography on their Apple iPhone or iPad. It must run at least iOS version 9.0 or above. This app installs a font style called “Pawhuska” as well as the keyboard with the orthography. The app contains instructions on how to select the Osage keyboard. For more detailed information about installation, the Osage Language Department has developed a step-by-step video tutorial and step-by-step text instructions at https://www.osagenation-nsn.gov/who-we-are/language-department/osage-font.