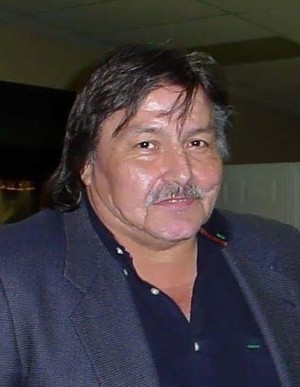 James Michael McNiel, 65, was born May 14, 1953, in Pawhuska, OK to Calvin Coolidge and Elda June (Morrell). McNiel and passed away peacefully Sunday, November 25, 2018, at his home in Muskogee.

James or “Mike” as he was known, spent his younger years moving from coast to coast with his parents and two brothers as they were a military family. The McNiel family later settled in Muskogee where Mike excelled in sports. He achieved both scholastic and sports honors. After graduation, he attended college at Bacone where he continued his baseball career. At the height of his college career, Mike was drafted by the Cincinnati Reds Baseball Organization. He also received an associate degree at Bacone.

After his baseball career ended, Mike returned to Muskogee where he became a construction contractor. He was known by everybody as a handyman and could fix anything. Mike married Sarah Ann, and his son Bronson was born out of this union. He continued in life as a handyman and was a caretaker to all.

He was a member of the Freewill Baptist Church in Muskogee.

Mike was preceded in death by his father, Calvin McNiel; grandparents; four uncles and two aunts.

The family of James Michael McNiel has entrusted his service and burial to Clifford D Garrett Family Funeral Home, Fort Gibson. Online condolences may be left at clifforddgarrettfamilyfh.com