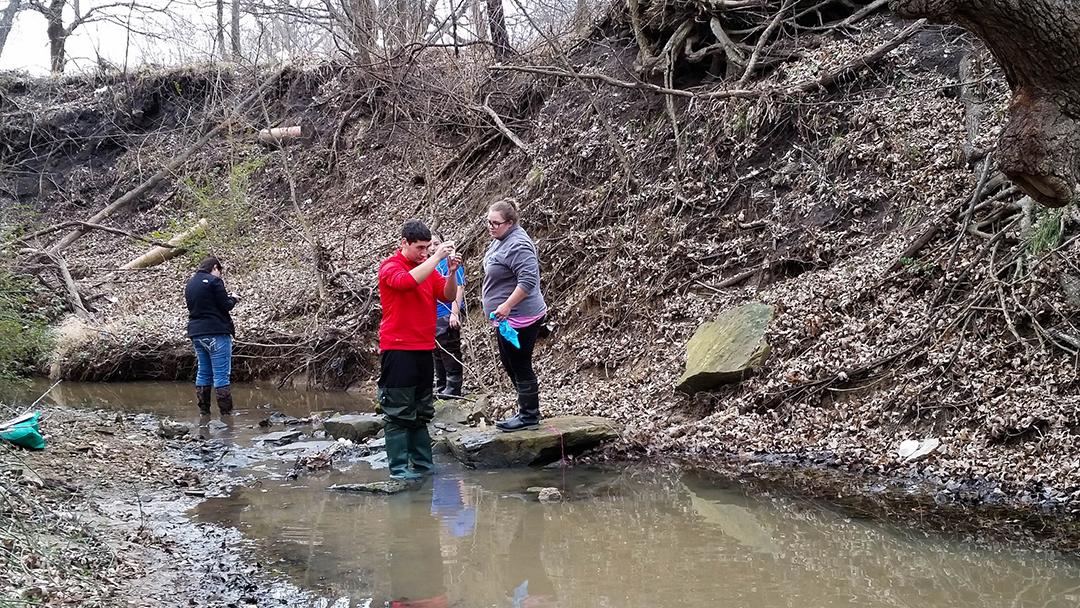 The Osage Nation is continuing its negotiations with the state of Oklahoma over water rights in the county.

In September of 2017, the Nation drilled its first water well on the grounds of the Skiatook Osage Casino, which sits on Osage trust land. The well, permitted under Osage law and issued to the ON Gaming Enterprise Board for five years, caught the attention of the state. A letter from the New Mexico-based legal firm of Modrall Sperling, who represents the Oklahoma Water Resource Board, followed and the negotiations began. To date, the well is still active and is used for Osage Casinos.

Standing Bear said the Nation’s claim to the water stems back to the 1830s when the Nation purchased 1.5 million acres from the Cherokee Nation.

“We have to remember that we bought this reservation with our own money from the Cherokee Nation,” he said. “It’s significant because I believe we can make our claims for what we bought back to the 1830s when the Cherokee Nation came to Oklahoma. They had rights that they received by treaty to the water. So, when we purchased this from Cherokee, we also purchased the water, which is very different than these other tribes.

He said if the Nation prevails sovereignty will be strengthened, and the Nation will be owed a substantial amount of money from different entities who have used water that rightfully belonged to the Osage. Those entities paid someone for its use and the Nation did not see any revenue.

“I believe that a portion of the water that has accumulated in reservoirs, such as Keystone dam, a portion of that water belongs to the Osage people. And, since that dam has been built the water impounded has been used to make electricity, and somebody’s getting paid from that electricity from the use of our water,” he said. “I believe the Corps of Engineers is involved and I believe they are a branch of the federal government, which is our trustee.

“So, we need to address how much money has been made and how much of that belongs to the Osage people, with interest. Going back to the moment they started making money off of that water.”

Standing Bear, who is a seasoned federal Indian law attorney, said there is law in place for water disputes among tribes and other entities called the Winters Doctrine that states tribes are entitled to the water that is necessary to establish and maintain their reservation.

“That has to be researched and assessed, and we’re doing that. There are other issues on surface water because water moves. There’s rain, the flow of water, and these engineers will have their own calculations,” he said. “So, that is pretty much where we are at right now.

“Understanding the histories, the amounts of water, and who are the possible claimants of the water.”

Standing Bear said the Nation has hired the Arizona-based firm Stepson Engineering to conduct research with hydrologists to determine the amount of water being used in Osage County, whether its salt water or fresh water, who is using it and where it's coming from.

“We expect that the cities and towns will say they have some claim; we expect surface owners, the ranchers, some are going to say when they bought the surface land they have some water rights on there,” Standing Bear said. “We expect other water users, perhaps rural water districts, we don’t know. We expect that other people may want to make claims, so we are researching all potential claims, whether they can be taken seriously or not.”

The discussions are going well, in his opinion and that he couldn’t go into too much detail of the negotiations due to signed confidentiality agreements.

The Chickasaw and Choctaw Nations were successful in negotiating a water rights settlement with the state of Oklahoma and the city of Oklahoma City in 2016. Their dispute was over water rights ownership and regulatory authority within the tribes’ historic treaty territories that spans 22 counties, according to Water Unity Oklahoma. Both nations, located in southeastern Oklahoma, negotiated with the state for five years before reaching a settlement.

A possible component of the Nation’s water rights negotiations could be the outcome of the current U.S. Supreme Court case Carpenter v. Murphy (formerly Murphy v. Royal). The case questions whether the 1866 territorial boundaries of the Creek Nation constitute an “Indian reservation” and if it was ever formally disestablished. According to Oyez, a free online legal source relating to the Supreme Court, the case will most likely be decided before the end of the court’s term in June.

Should the Creek Nation prevail, Standing Bear said the Nation will revisit Osage Nation v. Irby. In 2010, the 10th Circuit Court affirmed that the Osage Nation reservation had been disestablished and the Supreme Court denied certiorari. However, if the Creek Nation does not prevail, Standing Bear said the outcome does not affect the ownership issues of the Nation’s claim to water.

“When we started these negotiations, Oklahoma thought they would model these settlements after the Choctaw and Chickasaw model they had settled,” he said. “They were not correct on that. Now they have realized the Osage is unique and we do not fit with any other model they have been looking at and our claims are much greater than any other tribe in Oklahoma.”