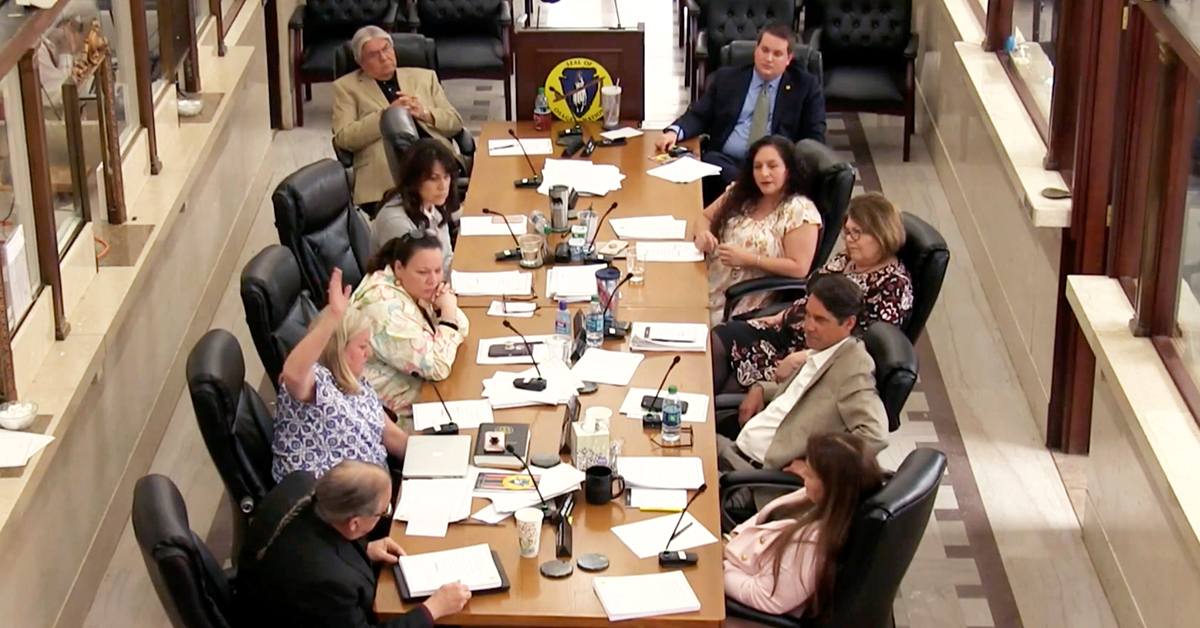 Osage Congresswoman stresses ‘inclusion and acceptance’ of all races

Photo caption: Congresswoman Shannon Edwards raises her hand to speak during the last day of the 2019 Hun-Kah Session on April 23. Screenshot of Osage Nation Video

The 2019 Hun-Kah Session wrapped up April 26 amid questions of possible racism within the tribal government’s ranks.

In the session’s closing minutes, Congresswoman Shannon Edwards introduced a resolution calling on the body’s newly elected Speaker and Second Speaker to contact the tribe’s human resources department with a statement officially condemning racism and apologizing to anyone who has been a victim of racism.

The motion also included a request that the tribe’s director of human resources develop a plan to counter racism and bias – whether implicit or explicit – within the legislative branch, complete with potential corrective actions, up to and including censure or potential removal from office.

“I’m making this motion because I think it’s important for this Congress to show support of inclusion and acceptance of people of all races in this legislative branch,” Edwards said. “I believe this expresses how we feel as a body about it.”

Edwards declined to say in open session what specifically prompted the resolution. When reached after the session’s conclusion, she said there had been multiple incidents and comments that led her to make the motion.

“The resolution was meant to address a series of things going on that may have been just a misunderstanding, but to my mind, can’t continue,” she said.

With several members of Congress noticeably flummoxed about the resolution’s origins, Edwards’ motion did not pass.

“I’m not really sure where all that’s coming from,” Congresswoman Alice Goodfox said. “I’m confused on that. I feel certain that the human resources department has all this addressed in policies and procedures. I’m not going to be voting for this and that doesn’t mean that I’m not in agreement with some of the things stated, but I believe that it is already addressed by human resources.”