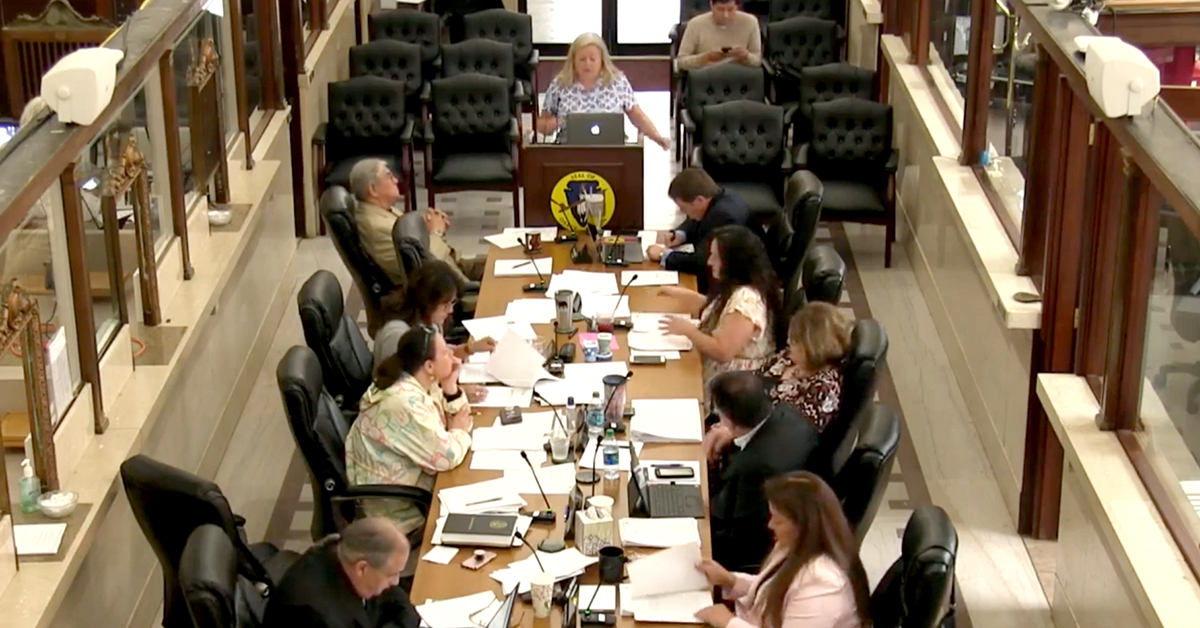 Photo caption: Congresswoman Shannon Edwards at the podium, speaking on behalf of her bill ONCA 18-70, which was passed unanimously. Screenshot of Osage Nation Video

During the Congressional Hun-Kah Session, the Sixth Osage Nation Congress voted unanimously to approve ONCA 18-70 (Edwards), a bill that amends the Health Benefit Fund and places penalties on those who misuse the health benefit and requires encoded cards be issued to restrict the purchases to health-related items only. Principal Chief Geoffrey Standing Bear signed the bill into law on April 25.

“In the late summer of 2018, the Osage News alerted the Chief that execution of the new law had resulted in a more serious problem - namely fraud. It seemed through investigation, the News had learned that members were purchasing, and charges were being accepted, for items outside those approved medical expenses.

“At some point during the current Session, the Assistant Principal Chief and the Attorney General formally reported in Executive Session the extent of the problem to the Congress. They proposed no immediate solution, but the Administration did suggest that the Congress reinsert language back into the law requiring that any debit card associated with the benefit be encoded,” said Edwards during the Hun-Kah Session on April 23.

In late 2018, the News learned that Osage citizens could use their health benefit cards to purchase non-health related items by choosing the “credit” option at the point of purchase instead of choosing “debit.”

Changes to the Health Benefit include:

-       Encoded cards to track expenses and restrict purchases to approved health-related items only.

-       Every plan shall provide for a means of tracking account fund balances and describe how the enrolled member accesses the information.

Congressman Archie Mason, who was the Congressional Health and Social Services committee chair at the time of the bill’s passage said the bill was still a work in progress and he hoped the Congress members who sit on the next health committee will take up the work they had begun.

Before the Congress voted on the passage of ONCA 18-70, Edwards in her closing remarks had a message for those who have been misusing the benefit card.

“I simply want to note that this bill has penalties associated with misuse of the benefit and to put people on notice that, the Nation is investigating and the minimum, those who misuse the card for sportswear, sports gear, makeup, presents, hotel rooms and those who are co-mingling their benefit with others will upon conviction of fraud have this benefit suspended, or permanently withdrawn,” she said.