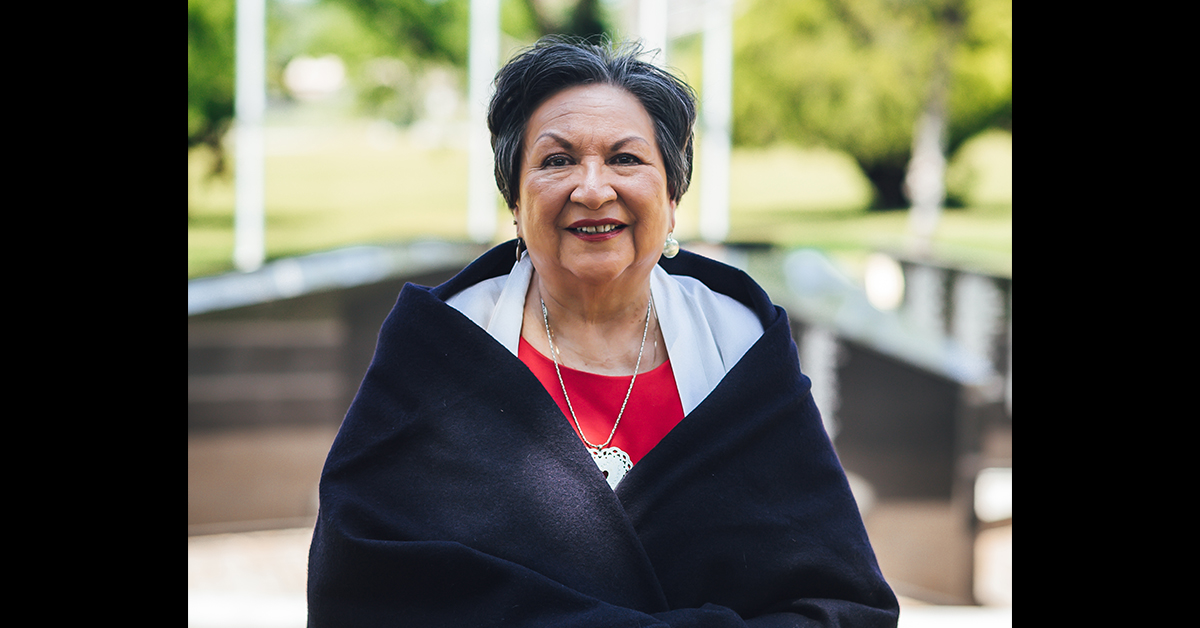 She has lived in the Grayhorse Indian Village with her husband John Webster Williams Sr. for 28 years and they will celebrate their 50th wedding anniversary on June 10. They have three children: John W. Jr., Stacey Lynn and Nicholas Joe. They have 10 grandchildren: Dora Josephine, Autumn Griffin, John W., III (Sonny Boy), Isaac Reuben, Mary Frances and Theodore Hamilton, all of Pawhuska. Nicholas Joe II, Christian John and Jordan Gomez, all of Houston, Texas. They have three great-grandchildren: Tahzheka and Charles Supernaw, and Carter Hall.

She was raised in Tulsa and lived there until she married in 1969. She moved to Fayetteville, N.C., with her husband who was stationed at Ft. Bragg. They moved to Phoenix, Ariz., after her husband returned from Vietnam.

“I worked at the Pawnee Indian Health Service for 22 years before retiring in 2014,” she said.

For her education, she attended Monte Cassino from kindergarten through graduation in 1966. She attended Oklahoma State University, Northeastern University in Tahlequah, and St. John’s Hospital School of Radiology. She would later take accounting classes from New Mexico State University.

Her Osage name is Hu tha doe win^ “One looking at the eagle.” She is Eagle Clan and was named by her great-grandfather Dan G. West.

“I was brought up in the Zon-Zon-Li District, but I married into the Pah-Su-Lee District and so my husband and children and grandchildren are of the Pah-Su-Lee District. I was a cook for the Hominy District for almost 22 years, and the Head Cook for four years. My father was the Head Committeeman for Charles Pratt for several years after Uncle Harry RedEagle passed away,” she said.

Osage News: What are your fondest memories of your childhood?

Frances Williams: My fondest memories are of growing up around my family; grandparents, aunts, uncles, cousins. We were always celebrating birthdays, holidays. We had good times.

Williams: The world has changed tremendously since I was young. It’s no longer safe for us to come and go as we please. My brothers and I would walk from our home (in Tulsa at 27th & Peoria) to Brookside, go to the movies, go to the drugstore or TG & Y afterward and walk back home. I was probably about nine and my brothers were younger. I wouldn’t let my adult children do that now! We played outside and visited our friends back then, not looking at cell phones all of the time.

Williams: I think that my heroes are our Native American people, especially our Osage ancestors. They endured a lot of obstacles just trying to live a daily life, but they persevered, and we are still here today despite the many attempts to annihilate us.

Williams: I don’t have just one happiest memory, I have many. Mainly the births of my children and grandchildren, and now great-grandchildren. I am truly blessed to live to see three generations of children.

Williams: My favorite decade is the 1950s. I enjoyed my childhood. Life seemed good back then. I knew how to entertain myself without television, video games, etc. I lived out in the country with my grandparents and I loved being outside walking all over, sometimes riding their horse, just being outdoors.

Williams: I believe that the Vietnam War had the most impact on me. I didn’t know much about war except for what I read about World Wars I and II, and Korea. My father and uncle were veterans, but they rarely spoke about it. When the United States became heavily involved in Vietnam, I saw my husband, my brothers, cousins and friends go off to war. Some of them were wounded and worse, some were killed. War had become real. When these young men (my brother Danny was barely eighteen) came home they were not the same. The ravages of war had scarred them for life. This is why I try to do what I can to help these veterans deal with life after war.

Williams: If I had something to say to my 20-year-old self, it would be to “calm down and finish your education!”  No one can ever take your education away from you. It’s something that you will always have.

Williams: I suppose my motto is “you have to roll with the punches.” There are good times and difficult times, when you fall off a horse you gotta get back on the horse. When life disappoints you or you have setbacks, you have to let it go and move on. There seems to be many more good times than bad times. Don’t dwell on the bad, look forward.

Williams: My greatest regret is not having finished college.

Williams: My greatest achievement is living to be 71!! God saved me so many times! On a serious note, my greatest achievement is raising three children who gave me nine grandchildren and three great-grandchildren. Also, seeing the Osage Nation Veterans Memorial actually built and dedicated by this past Veterans Day was one of the most wonderful accomplishments I can think of, besides being appointed to the Veterans Memorial Commission along with four very honorable Osage veterans by Chief Geoffrey Standing Bear. I have wanted to see something built honoring our Osage veterans since I was a young adult. To have been a part of it was beyond my wildest dreams.