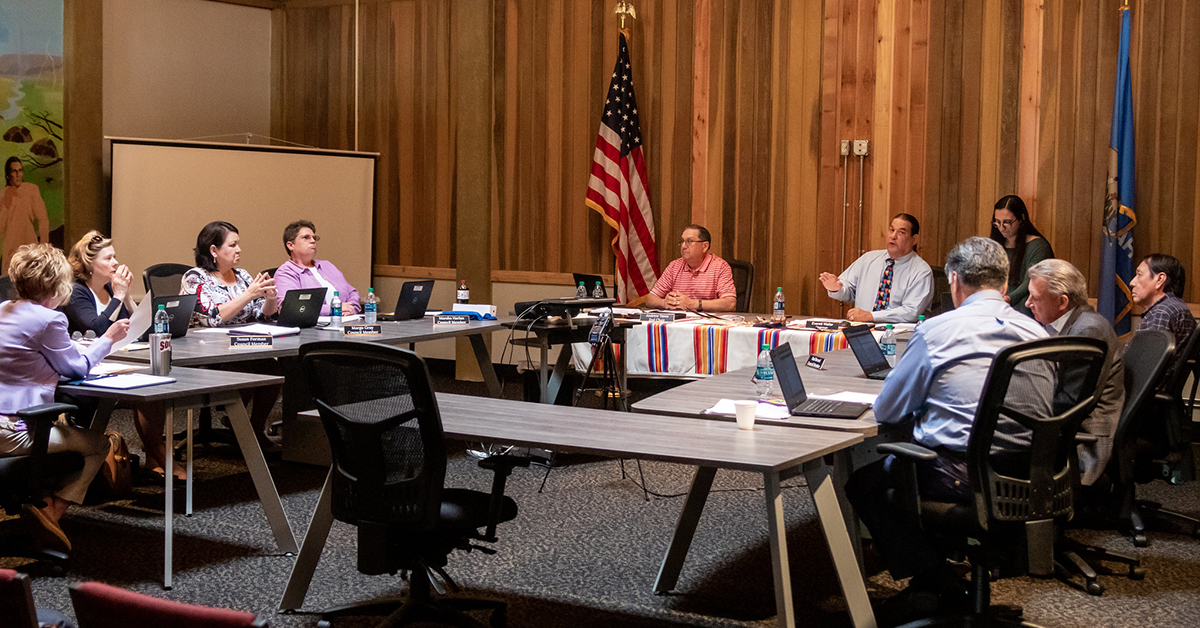 The Osage Minerals Council is taking a step towards pushing Enel out of Osage County.

At its May 15 meeting, the Osage Minerals Council voted unanimously to request Osage Agency Superintendent Robin Phillips to file trespassing charges against Enel regarding its wind turbines that are still up in Osage County after the U.S. Supreme Court declined to hear its appeal.

The move comes after discussions with the council’s attorneys, Denver-based Fredericks Peebles and Morgan, and the U.S. Solicitor General’s Office. The request for trespassing charges does not include surface owners with turbines or turbine foundations on their land.

“Where we’re heading on the Enel case, we need the Bureau’s help,” Chairman Everett Waller said.

In other business, citing the delay in getting permits approved by the Bureau of Indian Affairs, the council also approved a resolution changing the terms of primary leases. Moving forward, all new leases going out will be for three years instead of two and will take effect upon Phillips’ signature. The change does not impact any leases already in place.

The resolution passed by a 6-0 vote with abstentions by Councilors Talee Redcorn and Marsha Harlan. The count prompted questions over whether Councilor Paul Revard’s vote was in violation of an attorney general’s opinion regarding conflicts of interest, as Revard’s production company currently holds leases in Osage County.

“There’s no way this enriches me above and beyond any other person in this room or outside of this room,” Revard said. “I don’t have a new lease pending for approval right now and may never buy another new lease again.

“If it deemed is a conflict, I will withdraw my vote and abstain. But until someone wants to make a big deal about it, I stick with my vote.”

Just in time for Inlonshka, the meeting also included the announcement of the June headright checks. At $4,700 for a full headright, the June 1 checks represent an increase of almost $1,700 from the March payments.

“We’ve just come through one of the toughest payments we’ve ever had,” Chairman Waller said. “I want our people to feel better about that.”