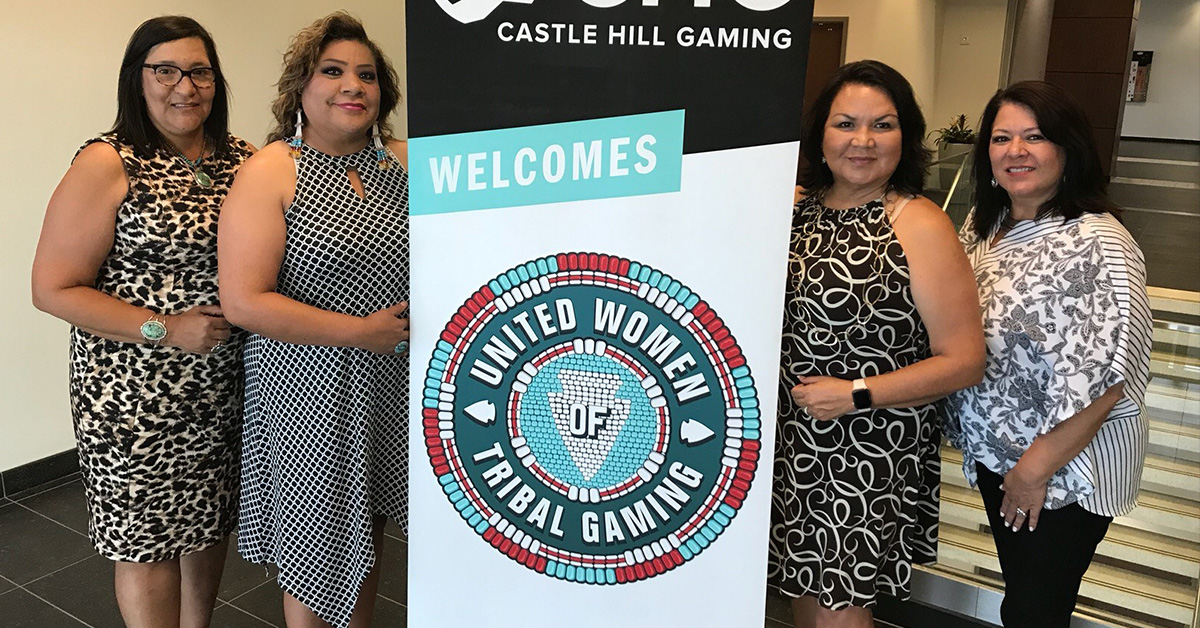 Women in gaming form organization for empowerment and mentorship

TULSA, Okla. — When it comes to tribal gaming, sisters are doing it for themselves.

The organization was formally launched on July 23 in concert with the Oklahoma Indian Gaming Association’s annual convention and trade show.

According to data published in 2016 by OIGA, 55.8 percent of all tribal gaming employees in Oklahoma are women. That figure does not include women who are vendors or work in other positions created by the gaming industry.

However, as Gray pointed out with a show of hands from attendees during the launch event, women are still few and far between in higher level positions, such as general managers, chief executive officers and chief operating officers.

“In one day, I can go the state of Oklahoma and be president of a company,” Gray said. “I can go from the bottom to the top in one day. That’s not the case in gaming. Women have to work their way up through the ranks, prove themselves and once they get there, they have to turn around and bring another woman with them.

“It’s a low number. We want to change that number, but we want to go about that the right way, the respectful way and educate our women as they go through the ranks.”

The organization is open to any woman working in the gaming industry. Along with networking, the group wants to eventually offer professional development and mentoring opportunities.

“I want this group to be what I needed when I first started in the gaming industry,” Shaw said. “I want to support other women while being an advocate for the industry we love.”

Still in its infancy, the organization has not set formal membership criteria or dues. However, its leadership did make it clear at the launch that they would stand shoulder to shoulder with OIGA when it comes to the differing opinions with Gov. Kevin Stitt regarding gaming compacts.

Along with a proposed hike in exclusivity fees, Stitt has maintained that the gaming compacts will expire on Jan. 1 unless they are renegotiated. Tribal leaders received written notification of the state’s desire to re-negotiate in early July, followed by a July 8 op-ed in the Tulsa World from the governor.

“We want to do what’s best for Oklahoma,” Gray said. “The proposed increases in exclusivity fees will hurt our rural communities, especially.”

During the UTWG launch and again the following morning before a packed room at the Cox Business Center as part of a session on the state of tribal gaming in Oklahoma, OIGA Chairman Mike Morgan said his organization hosted a closed-door discussion on the matter for leaders from 23 tribes, including Principal Chief Geoffrey Standing Bear.

The group of tribal leaders will be sending a unified letter to Stitt’s office, reiterating their stance that all of the compacts will automatically renew on Jan. 1 thanks to a evergreen clause. The letter will also reiterate the tribes’ opposition to increasing the exclusivity fees, which currently range from 4 to 6 percent of gaming revenue.

Acknowledging the state’s right to request renegotiation, the letter also requests a copy of Stitt’s proposal. Although the governor has made public references to higher exclusivity fees in other states, such as the 13 percent that will be assessed on the first tribal casinos to open in Arkansas, he has not given any actual specifics on how big of a jump he wants to make or what concessions he would be willing to make in exchange for a higher exclusivity fee.

“It’s hard to respond to something we don’t have,” Morgan said.