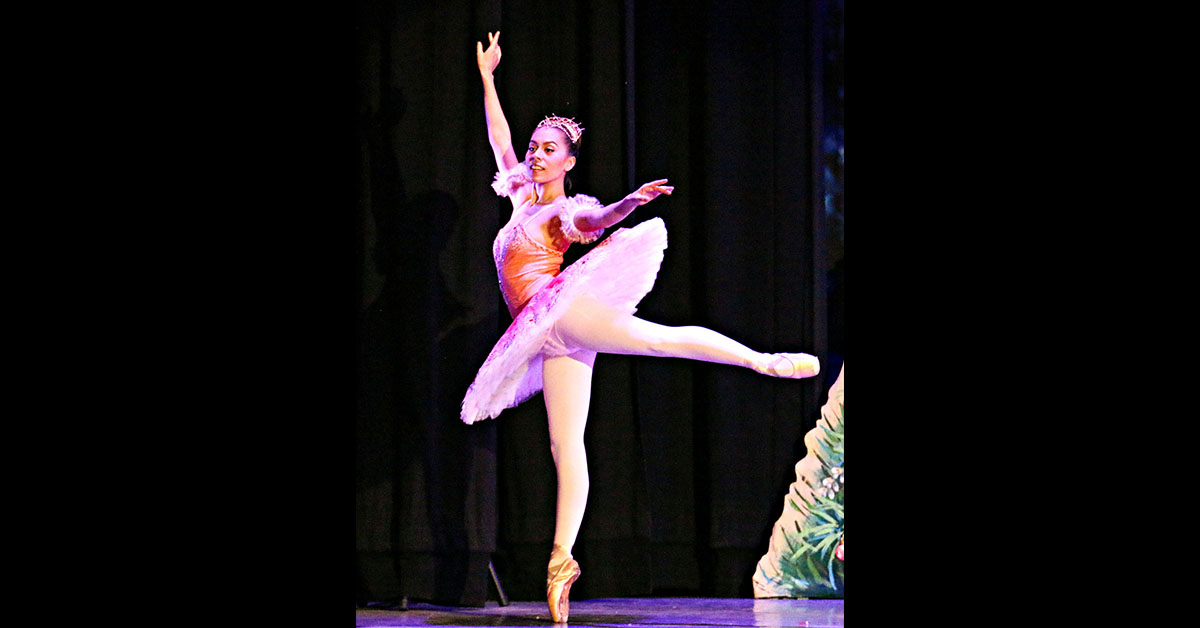 Photo caption: Osage dancer Amity Bevard has accepted to be a trainee for the Oklahoma City Ballet. She performed as the Sugar Plum Fairy in Dance Maker Academy’s production “The Nutcracker.” SHANNON SHAW DUTY/Osage News

Osage ballet dancer and former Dance Maker Academy Instructor Amity Bevard has accepted a position as a Trainee at the Oklahoma City Ballet Yvonne Chouteau School for the 2019-2020 season.

“I’m very excited to have Amity join Oklahoma City Ballet as a trainee for our upcoming season,” said Trainee Program Coordinator, Amanda Herd-Popejoy. “We have dancers from all over the world joining this program, but being a professional dancer myself from Yukon, Oklahoma, I’m always thrilled to see the talent this state provides!”

Bevard is well known for her performances in “Wahzhazhe: An Osage Ballet” and as the Sugar Plum Fairy in Dance Maker Academy’s “The Nutcracker.” Among those happy for her are her student dancers and instructors from Dance Maker Academy, who posted a Facebook post congratulating her with photos from her time at Dance Maker.

She began her career at Doran-Vossen in Yukon, and it was there that she was pointed in the direction of the Osage Ballet. Seeing resemblances between Bevard and Maria Tallchief. Tallchief is considered America’s first prima ballerina. In a recent article about Bevard, she revealed her reverence for Tallchief and the connection she has always felt to her memory. Bevard said, “Maria Tallchief plays a huge role as an Osage woman in the art of dance and I never forget how hard she had to work for it.”

The Oklahoma City Ballet sets the professional standard as a ballet company in the Oklahoma City area since 1972. It was founded by Yvonne Chouteau and Miguel Terekhov. Chouteau was one of the “Five Moons” or Native American prima ballerinas of Oklahoma. It is the resident dance company of the Civic Center Music Hall and promotes talent from all over the world. The OKC Ballet produces four major performances per season and tours across Oklahoma and surrounding states. The OKC also offers classes for youth and adults. The Oklahoma Arts Council that sponsors Dance Maker Academy events, is also listed as a sustaining partner for the OKC Ballet.

Bevard is excited and looks forward to her dance journey, she said. She began her ballet path near the Oklahoma City area in Yukon. She recognizes the support her Osage people and community provided as she furthered her learning and skills. She will now go back to the start with much more strength and confidence.