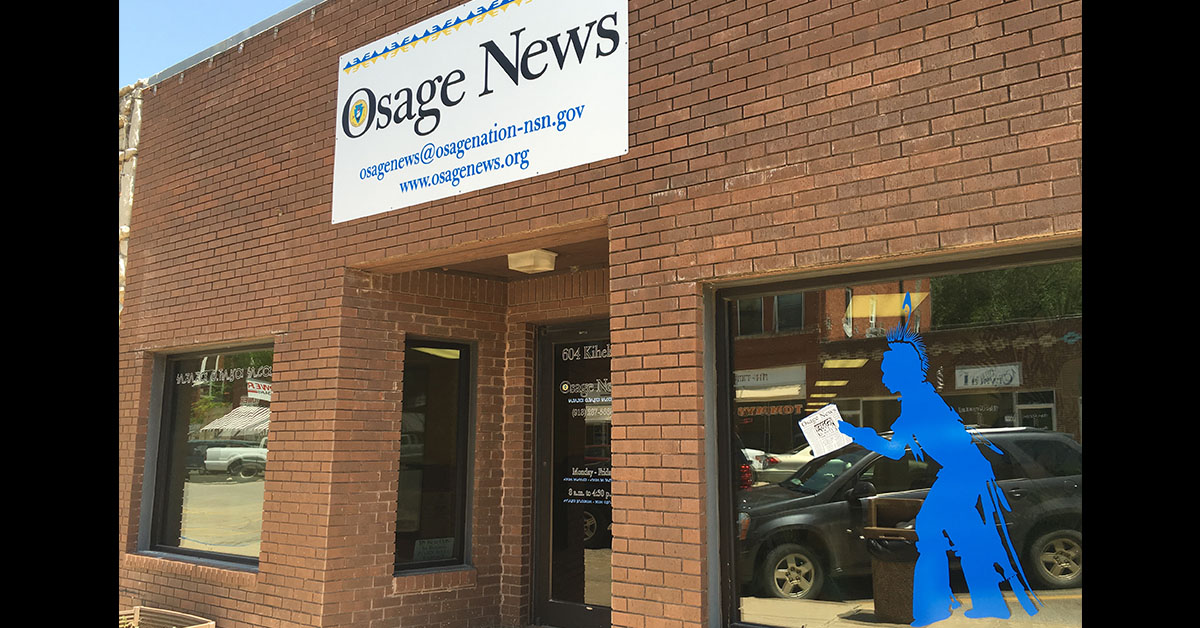 The Osage Nation’s Independent Press Act may be getting a shot in the arm.

As worded, ONCA 19-78 would create a shield act, thus protecting the Osage News staff from having to reveal a story’s sources – published or unpublished – in civil court. The protections do not extend to criminal or defamation cases.

Although there is not a federal version, more than 40 states have some form of a shield law, as does the Cherokee Nation. The version introduced to the Governmental Operations Committee is modeled off of the one used by the state of Oklahoma.

“As the editorial board members have expressed to me, they feel Osage News is a national newspaper, not a community one,” editor Shannon Shaw Duty said. “This is to protect the whistleblowers who come to us.”

Like the current board members, the alternates would be required to have at least five years of newsroom experience and adhere to the professional ethics guidelines published by both the Society of Professional Journalists and the Native American Journalists Association.

If approved, the executive branch will nominate one alternate and the other would come from the legislative branch.

“These alternates are not meant to serve long-term,” Osage News editorial board vice chairwoman Tara Manthey said. “They’re only in the event of a conflict of interest so we could keep operating.”

As passed out of committee, the bill also formally charges the editorial board with the hiring of the Osage News’ editor. As the Independent Press Act is currently worded, the editor is an appointed position, although as the current editor noted, she was not subject to the confirmation process when initially hired. Instead, Shaw Duty said, the editorial board vetted her.

“The reason we put that … is not for dollars and cents. It’s for the political ramifications from a Congress that gets upset with us for coverage,” Shaw Duty said.

The measure now goes to the full body for consideration. Barring an extension resolution, the Tzi-Zho Session is scheduled to end Sept. 30.