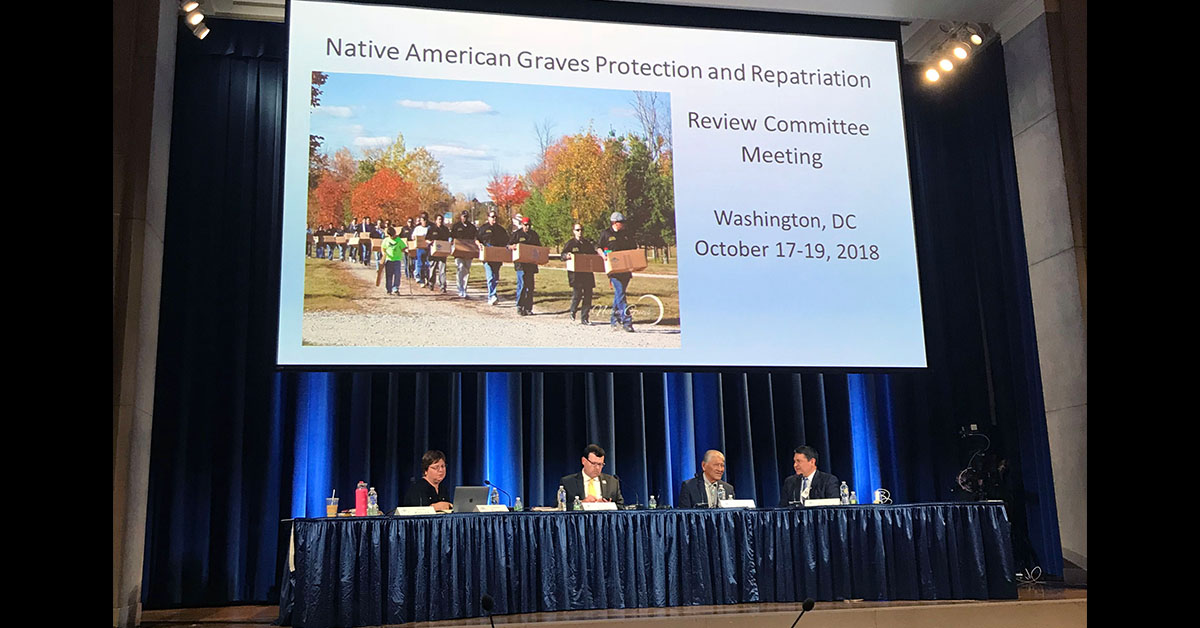 It’s been a six-year battle for the Osage Nation Historic Preservation Office to gain possession of remains and funerary objects the National NAGPRA Review Committee ruled were Osage in 2015.

The Missouri State Historic Preservation Office repeatedly denied the remains to the Osage Nation, which were discovered in 2013 at the Clarksville Mound Group site in Pike County, Mo. The MoSHPO insisted the remains and objects belonged with the Sac and Fox Nation, despite the ruling.

The individuals from the Clarksville Mound site date to a prehistoric period that pre-dates Sac and Fox occupancy of the area and correlates to the ancestral Osage occupation of Missouri, according to a 2017 Osage News article.

“The final 30-day comment period ended yesterday (Sept. 17) and no other tribe came forth with a claim for the Clarksville Mound Group remains,” said ON Historic Preservation Officer Dr. Andrea Hunter. “Our office, along with the Attorney General’s Office, stood firm on our claim to our ancestors, and we were successful!

“The final claim and request for transfer of control letter was emailed to the Missouri Department of Natural Resources yesterday (Sept. 16) after 5:00 p.m. eastern time,” she said. “I am so elated; this was not an easy battle. A huge milestone in this process came in June of this year when they (MoDNR) actually changed its decision regarding the cultural affiliation of the Clarksville Mound Group remains from Sac and Fox to Osage.”

The Clarksville Mound Group at one time had 10 mounds from the Late Woodland to Mississippian period. However, all but one mound was destroyed when a “sky lift” tourist attraction was constructed in 1962. In 1995 and 1996, the City of Clarksville and the MoSPHO removed, at a minimum, 22 individuals and two associated funerary objects from the last remaining mound, according to a 2017 Osage News article.

In 2002 and 2006 the individuals and funerary objects were exhumed and transferred to the MoSHPO from private collectors and the University of Missouri. At final count, there are a minimum of 29 individuals and two associated funerary items awaiting final transferal.

The ONHPO staff, Hunter and ON Assistant Attorney General Morgan Currey, have been to numerous meetings over the years, National NAGPRA Review Committee hearings and court proceedings.

“This has certainly been a team effort and we now look forward to reburying our ancestors,” Hunter said.

Miranda Compton, outside counsel for the ONHPO, said the Nation’s victory is only the second time in the history of NAGPRA that a state agency decision regarding affiliation has been successfully reversed.

“The correction by Missouri DNR not only confirms that the state of Missouri should properly recognize the Osage Nation’s ancestral bonds to these lands, but serves as a notice to federal agencies as well,” Compton said. “Congratulations to the Nation and the exceptional expertise of Dr. Hunter’s team, the Historic Preservation Office, and the AG’s office on a tremendous success following a difficult, multi-year effort.”