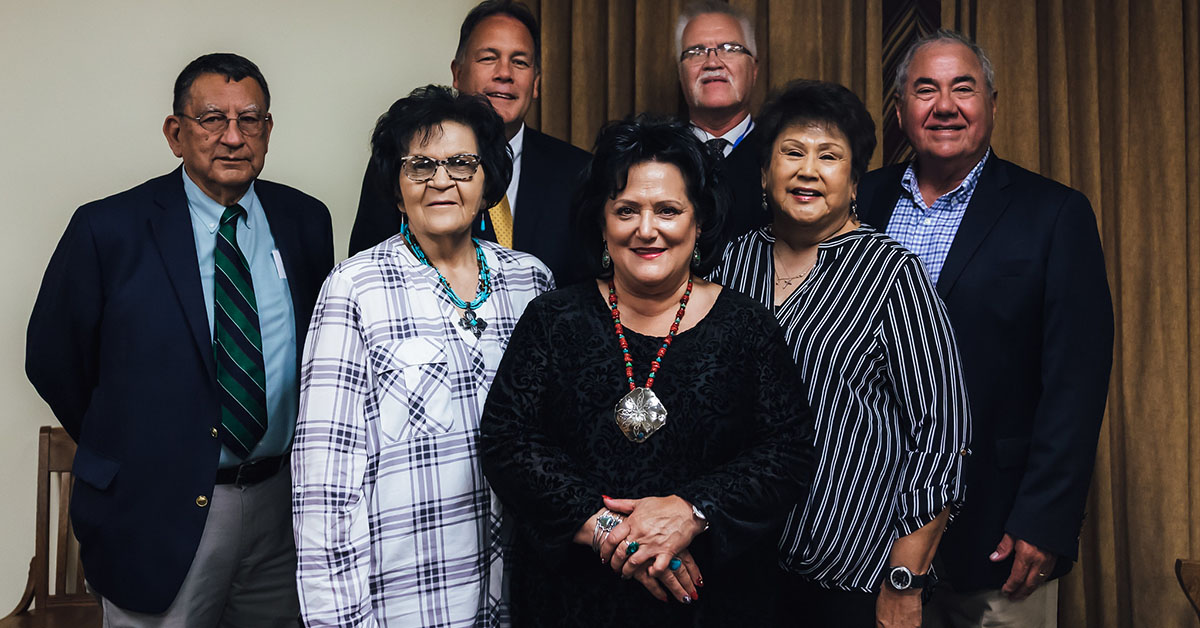 Beverly Brownfield, Teresa Rutherford and Rhonda Wallace each received unanimous Congressional confirmation votes to serve three-year terms on the advisory board during the 2019 Tzi-Zho Session. In early October, all three took their oaths of office at the ON tribal courthouse in Pawhuska.

All three women previously served on the defunct-Tax Commission and will now serve duties to study and advise the Executive Branch and the Congress on tax policies, regulations, trends and best practices, per Osage law establishing the new advisory board. Principal Chief Geoffrey Standing Bear appointed all three to the board for confirmation consideration before the 12-member Congress.

Brownfield is a retired Conoco oil company employee and Rutherford worked as a computer programmer and analyst in the banking and oil industries. Wallace is a retired U.S. Postmaster at the Hominy Post Office.

According to Osage law (ONCA 19-06 sponsored by Congressional Speaker Joe Tillman) passed by Congress during the 2019 Hun-Kah Session, the tax advisory board is charged with duties including: reviewing tax laws, policies and regulations, performing research, attending conferences on tribal taxation and providing reports and recommendations for changes in policy and regulation to the Principal Chief and the Director of the Tax Commission, and amendments to the Nation’s tax code to the ON Congress.