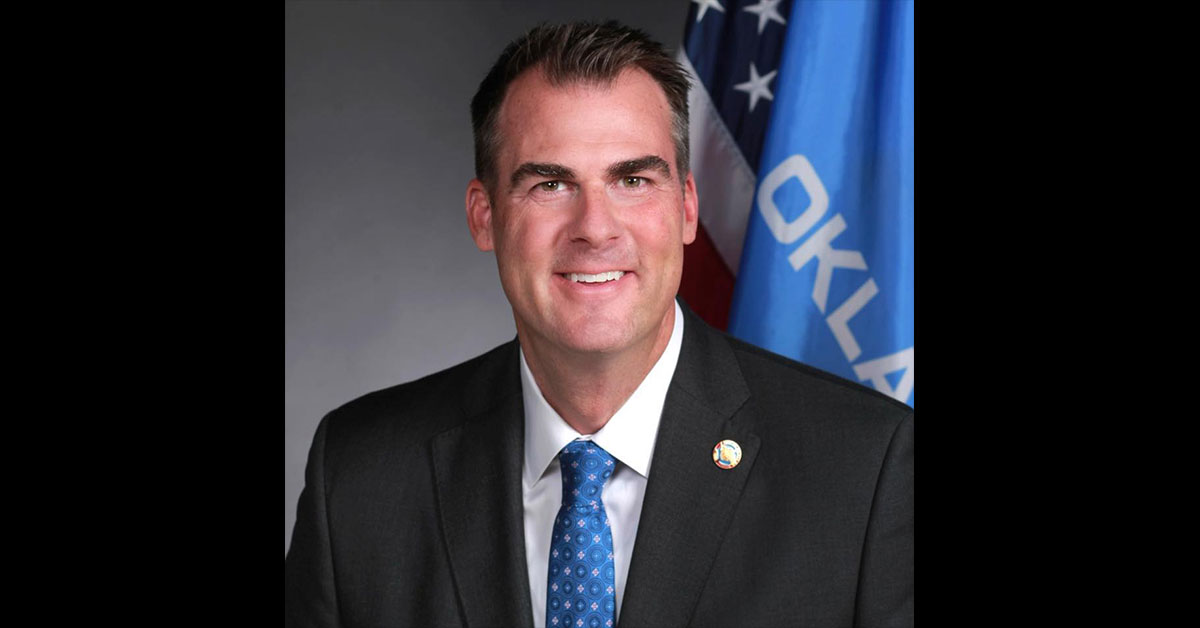 Governor Kevin Stitt made it clear to Oklahomans that he blames the state’s tribes for the stalemate that has occurred in the gaming compact renegotiations.

At a Nov. 14 press conference, live-streamed on his Facebook page, Stitt said he has repeatedly reached out to tribes since July to work on a deal that would benefit both the state and the tribes. At issue is a 15-year-old gaming compact that he says ends on Jan. 1, 2020. Thirty-five Oklahoma gaming tribes have united and maintain the gaming compacts renew on Jan. 1, 2020.

The last meeting the state had with tribes was in Shawnee on Oct. 28. Oklahoma Attorney General Mike Hunter met with tribal leaders and presented the state’s plan for binding arbitration with the request tribes waive their sovereign immunity. The tribes rejected it.

Stitt referenced the Oct. 28 meeting during his press conference and said Hunter was “kicked out of that meeting” before he could present the state’s plan. A reporter asked what the state’s plan was and Stitt said it was to increase the rate the casino industry pays to Oklahoma. He said it wasn’t about the tribes, it was about the casino industry because he’s an enrolled Cherokee citizen and his “Cherokee card is the same as the 130,000 citizens across our country.” According to the 2010 census, there are approximately 505,000 Cherokee citizens.

Principal Chief Geoffrey Standing Bear, who was present at the Oct. 28 meeting in Shawnee, said Stitt was right about one thing, the tribes didn’t want to hear the state’s offer.

Matt Morgan, Oklahoma Indian Gaming Association Chairman, said tribes “didn’t want to hear about recreating another compact.” He said he was disappointed in Stitt’s remarks at the press conference and that tribal leaders have been statesmanlike and simply disagree with Stitt’s interpretation of the agreement.

“All the triggers of the automatic renewal have been met,” he said. “On Jan. 1 the compacts will roll over, and we are continuing to ask for what we have always asked of Gov. Stitt, that if he would recognize the automatic renewal the tribes would be glad to sit down with him and talk with him in a productive way about how to move both our industry and the state forward.”

Out of state gaming

What also seems to be a sticking point is that two Oklahoma tribes have gaming operations in Arkansas, and they have made deals to pay the state of Arkansas a higher percentage than what they are paying Oklahoma. Stitt specifically pointed out the Cherokee Nation’s plan to build a casino near Fayetteville, Arkansas.

“I’m not sure the details of the Cherokee plan, but I can tell you at Quapaw in their Arkansas agreement they have decided that it’s much quicker to go through a state licensing procedure and under those rules, under different laws, the percentage is higher,” Standing Bear said.

The Nation is doing something similar, in terms of looking to open a gaming operation in another state – Missouri.

“Our Osage Nation Gaming Board and I, that are still working on Missouri, have looked at an option of buying a license under the state of an existing casino and working with them but that is not an option we want to pursue,” he said. “We want to pursue an option where the state and the Osage work together to put land into federal trust and to have all the aspects of tribal sovereignty on that land and pay the state of Missouri a percentage, but we are very, very preliminary on any of that movement.”

“It’s possible, this may end up in court,” he said. “I certainly don’t want it to end up in court. This is why I have chosen to publicly speak about this.”

Morgan said on Jan. 1, it will be business as usual.

CORRECTION: This article was corrected on Nov. 26, 2019, to reflect that Matt Morgan is the Chairman of the OIGA. The Osage News regrets the error.