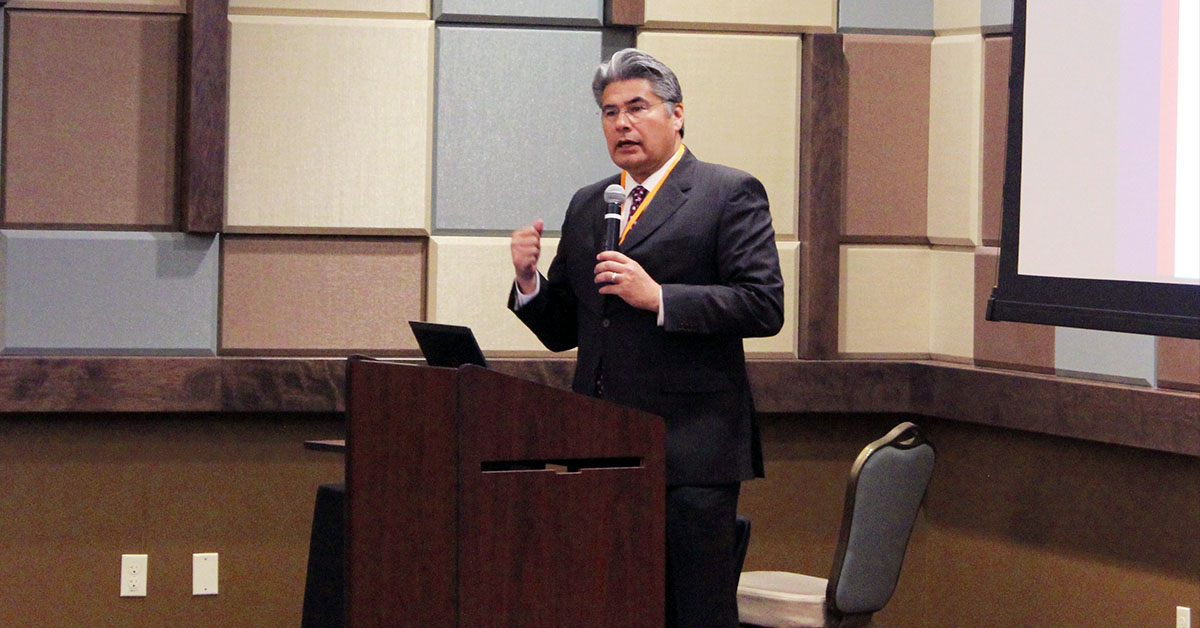 TULSA — Questions still persist about the possibility of the Osage Minerals Council pursuing an energy agreement with the federal government.

Speaking Nov. 13 at the annual Oil and Gas Summit, Osage Minerals Council attorney Wilson Pipestem reiterated to shareholders and producers that it is far from a done deal that his clients will pursue a Tribal Energy Resource Agreement.

“We don’t know the rules yet,” Pipestem said. “It might not be the right fit for Osage.”

First approved in 2005, a TERA between a tribe and the Department of Interior allows a tribe to review, approve and manage leases, business agreements and rights of way for energy development on tribal land without having to go through the Secretary of Interior every step of the way.

Along with new provisions for biomass projects and hydroelectric licenses, the law explicitly directs the Department of Interior to provide technical support to tribes that are attempting to develop energy resource development programs. It also calls for the expansion of tribal management and planning programs under the Department of Energy.

If a TERA is signed, the Department of Interior would still be responsible for coordinating with the tribe regarding maintenance of real estate records and title status information needed to evaluate property for potential projects or right of way leases. Additionally, the language explicitly states that the federal government’s trust obligations are not absolved if a tribe agrees to pursue a TERA.

If the council decides not to pursue a TERA, it may come down to a question of funding. During the session at the summit, both Pipestem and Councilor Paul Revard said federal representatives told them that the language authorizing TERAs did not include funding provisions. Instead, they were told, they would have to seek out self-governance funding under Public Law 93-638, also known as the Indian Trust Self-Governance and Education Assistance Act.

“They told us point blank that a TERA doesn’t come with funding, so we’d have to look into (Public Law) 638 money to make it work,” Revard said.

The final rules are scheduled to be published this month.