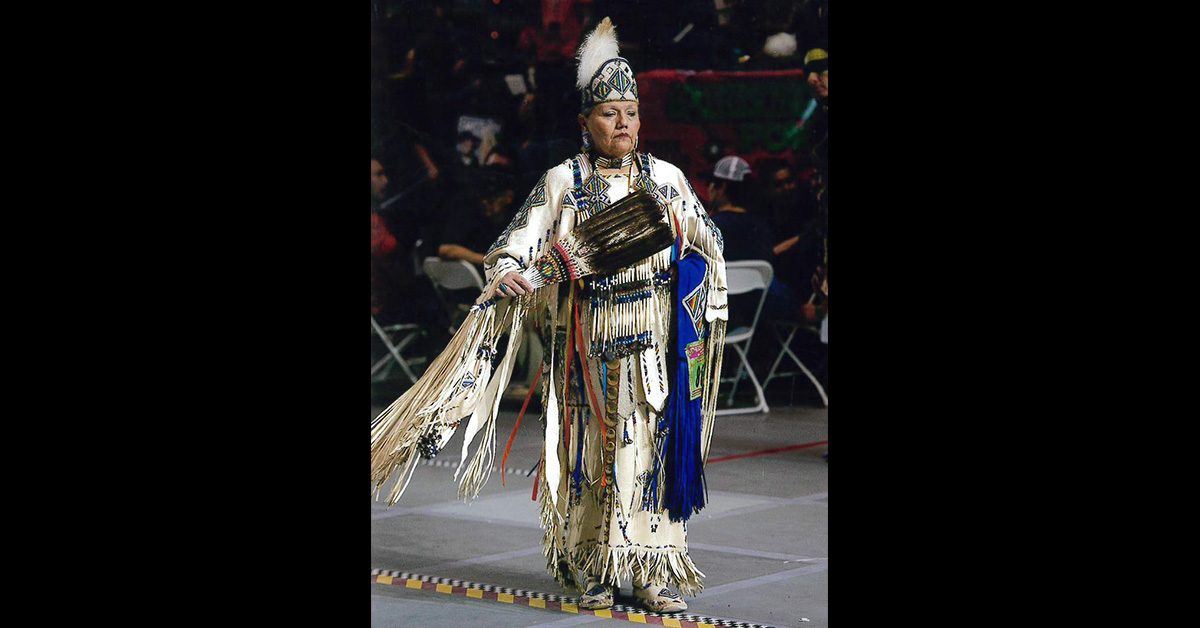 Charlene spent her early years in Hominy and attended Catholic School at the Immaculate Conception in Pawhuska. She has lived in Pawnee, Tulsa, and Sapulpa, Oklahoma. She raised four daughters and worked at Tulsa at the Williams Center in accounting. Then moved her family to Stillwater to attend Oklahoma State University. Four years later, she received her Bachelor’s degree in Business Management. She was employed at the Tinker Air Force base, then moved to Hominy and worked at the Bureau of Indian Affairs in Pawhuska. She married Larry Cozad on April 06, 1984, and they resided in Hominy until her passing. She had her Elompa (son) in August 1988 and decided to follow her passion for singing and dancing. She was well known throughout pow-wow country and was a world-class championship dancer.

Charlene was very proud of her heritage. She lived her life to the fullest and did what she loved to do. She was a proud Osage, Acoma Pueblo, Forest County Pottawatomi (in Wisconsin), French and Black Dutch woman. She was a lifetime member of the Native American Church and taught by her beloved Mother-in-law: Velma Cozad how to carry water into Kiowa NAC’s. Velma also dressed her and gave her rights to dress others in Kiowa style regalia. She traveled with her husband to pow-wows across the United States. She loved to dance in her beautiful buckskin and sing behind her husband. At the end of each pow-wow, you would always see her writing the names of the winners in her notepad.

Every year, she would get all her children excited for Osage I’lonshka dances in June. She was on various committees as a lady singer and enjoyed every minute under the arbor. She made her own buckskin, beadwork, shawls, shirts, and moccasins. She did the same for her children and grandchildren. She always had a smile and would just make you feel special talking to her. She loved to visit with everyone wherever the pow-wow trail took her and had numerous adopted sisters, brothers, sons, daughters, grandsons, granddaughters and families. She will be greatly missed in the pow-wow world, under the arbor, and to all that loved her and called her Daughter, Mom, Grandma, Auntie, Sister, and wife.