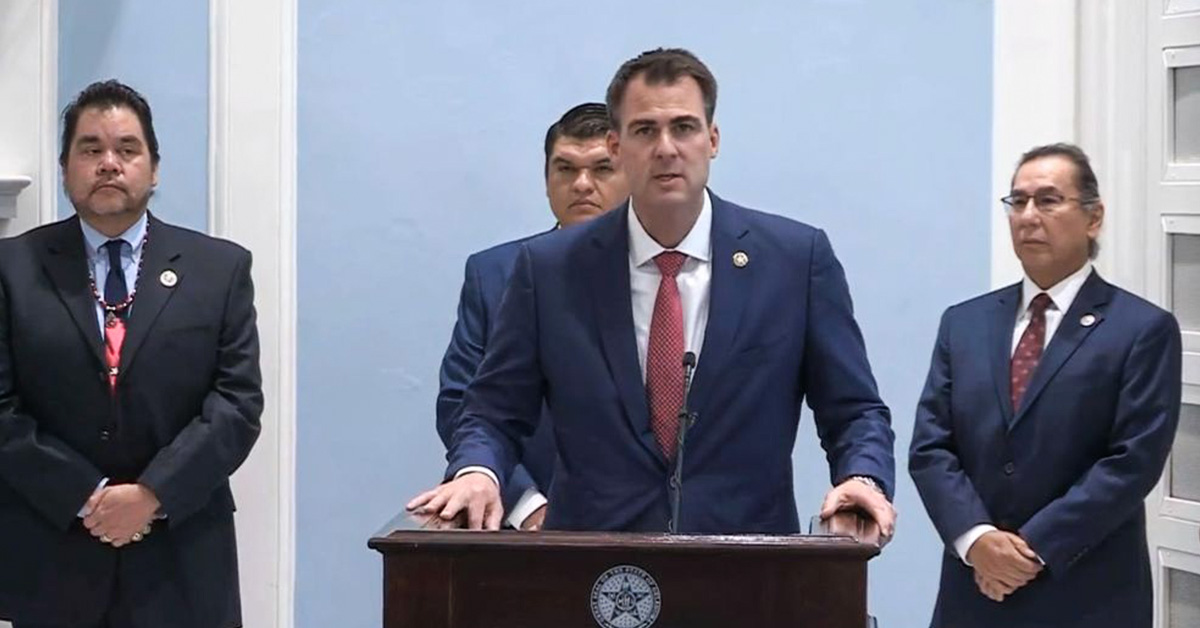 OKLAHOMA CITY — Gov. Kevin Stitt is asking a federal judge to determine exactly who has the power to expand the terms of Oklahoma’s gaming compacts.

In a motion filed May 29 with the Western District of Oklahoma, attorneys for Gov. Stitt requested that Judge Timothy DeGuisti put mediation on hold with nine tribes and decide whether he has the authority to unilaterally sign off on new or amended compacts offering Class III games currently not allowed under state law.

Gov. Stitt signed new compacts in April with the Otoe-Missouria Tribe and Comanche Nation. As of May 31, those agreements are still awaiting approval from the U.S. Department of Interior before taking effect. Under the terms of the Indian Gaming Regulatory Act, the federal government has 45 days to formally deny approval to the compacts, thus putting the deadline at June 8.

The Otoe-Missouria and Comanche compacts include provisions allowing sports betting at two brick and mortar locations and online sports betting. Neither are currently allowed under Oklahoma law and the legislature was not consulted during negotiations, prompting Attorney General Mike Hunter to issue a formal opinion that the compacts are invalid.

Leaders of the Oklahoma House of Representatives and Senate have also publicly disagreed with Gov. Stitt’s claims about his authority.

Gov. Stitt and nine tribes are currently engaged in court-ordered mediation over the status of the state’s model gaming compact. Seeking higher exclusivity fees from the 30-plus gaming tribes across Oklahoma. Gov. Stitt has publicly maintained that the compacts expired on New Year’s Eve and that any Class III gaming conducted after that date, such as craps and roulette, is illegal.

Attorneys and officials with the Cherokee, Choctaw, Chickasaw, Muscogee (Creek), Seminole, Citizen Potawatomi and Delaware nations; Quapaw Tribe and Wichita and Affiliated Tribes have argued that the compacts’ terms for automatic renewal were all met, including the continued authorization of live betting at the state’s horse racing facilities.

In 2019 alone, Oklahoma received almost $150 million in tribal gaming exclusivity fees. The figure is expected to be substantially lower in 2020 as all tribal casinos across the state closed for at least six weeks due to COVID-19.

In addition to Gov. Stitt’s request, both sides filed motions for summary judgment on May 22. Responses are due by June 12.