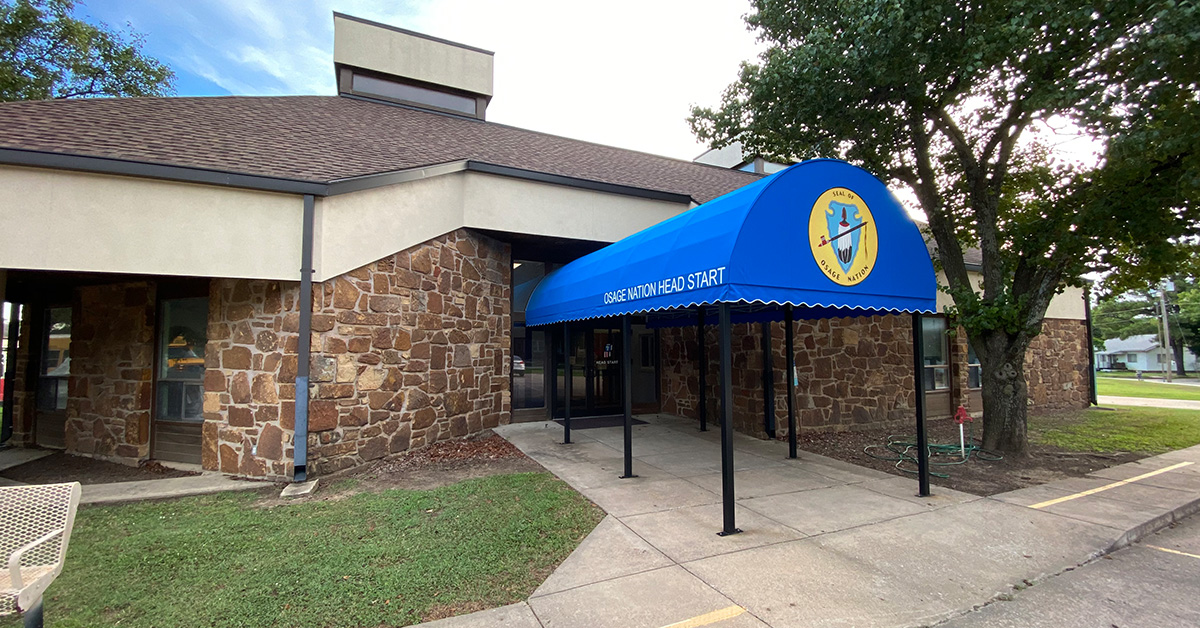 It’s not about the money.

Principal Chief Geoffrey Standing Bear said shutting down the Osage Nation’s four Head Start facilities was a decision he made to invest in the Osage language and culture.

“Our strength is built, in my view, from three pillars. The pillars of our language, of our culture and our territory. So, in this time of crisis it’s a strength to go back to these and make sure those are strong because without those pillars being strong, everything else will collapse in my view,” he said. “In doing that, we looked at our language programs and believe that there’s been too many inconsistencies to move forward at the pace we want to move forward on.”

Another key component to his decision was the lack of building space for both Daposka Ahnkodapi, which translates to “Our School,” and the Wahzhazhe Early Learning Academies. They have outgrown their current facilities and needed the buildings occupied by Head Start, Standing Bear said.

“The situation financially for the Nation is we don’t have enough money to build these new facilities in Skiatook and Pawhuska, not if I was going to put Wakon Iron Hall as a priority on capital improvements – which I have done,” he said. “Because of the priority of Wakon Iron Hall, I have had to halt the work being done on the Superintendent’s house, I’ve had to stand back from the purchase of the former Osage Council building downtown (Pawhuska City Hall) and we’ve had to make some choices of what we’re doing.”

Congress passed an additional $700,000 for the architectural and engineering services for Wakon Iron Hall during the 2020 Hun-Kah Session earlier this year. They previously passed $700,000 during the 2019 Tzi-Zho session for the building.

In Fairfax, the Nation leases the former Head Start building from the city of Fairfax and the Nation will continue that lease and it will serve as the WELA Wraparound for afterschool students. It is currently the second-largest wraparound for students of the Nation. The Fairfax WELA is currently located in the new Title VI building and will stay there.

Standing Bear said he met with Osage Language Department Director Vann Bighorse and other key personnel about lesson plans and curriculum for the two schools.

“We are going to make sure we have the best tools to work in the modern world and we are going to make sure that our language is not only understood but spoken, with each other on a daily basis,” he said. “The decision has been made by myself that Vann Bighorse and his team will work with WELA and Daposka Ahnkodapi to put in Osage language within the curriculum.”

Daposka Ahnkodapi is the Nation’s Immersion School. The school serves children ages Preschool to 3rd grade. The Superintendent of the school, Patrick Martin, said the 4th grade will be added in the fall. The school currently serves 34 students.

“We have been working on accreditation. We had an official visit scheduled for the fall, but due to [the pandemic] it has been moved to March 2021. Everything is going well with the process and we should receive full accreditation after the official visit,” he said. “The DA (Daposka Ahnkodapi) is accepting new enrollment for the fall. We are planning to begin school in August, but we are waiting to see what the Public schools are doing. We should have a calendar out soon.”

The school has come under increased scrutiny from members of the 6th Osage Nation Congress and the community for its rising costs and the lack of accreditation. On June 10, Congressman Eli Potts published a letter to the Osage People on Facebook about the closures of the Head Start facilities and his disapproval.

“It can reasonably be assumed that by shifting many of these students to WELAs or Daposka Ahnkodapi, the Nation will be increasing costs and placing further financial demands on the Nation with no supplemental federal dollars, all while potentially disenfranchising students unnecessarily,” he wrote in the letter.

Potts said he intended to introduce legislation to fund Head Start for the 2021 fiscal year. However, Standing Bear’s consent and signature is required on the Head Start application and the deadline to submit the application is Aug. 1, 2020.

The Wahzhazhe Early Learning Academy serves children ages 6 weeks to 5 years and has sites in Pawhuska, Hominy, Fairfax and Skiatook. There are currently 105 students enrolled in WELA. The curriculum of the WELA is the same as Head Start in that they use the Creative Curriculum model, said Tara McKinney, WELA Director.

McKinney said all four locations of WELA will be on the same curriculum and will follow the same lesson plans each week. She is already working with the language department to develop lesson plans to make sure the children are learning the Osage language together and cohesively, as well as learning their ABC’s and numbers.

For the 2019-2020 school year, there was a minimal cost to attend either facility but according to Johnson, they are still meeting and discussing the cost to attend both facilities for the 2020-2021 school year. In the past, there were Osage language requirements parents had to meet to learn the language along with their children so they could continue speaking the language at home. Attending language classes gave parents credits to offset the costs of attending Daposka Ahnkodapi and WELA.

Johnson said children attending WELA can obtain scholarships from the Child Care Department. How much the scholarships are worth is still being determined, he said.

Enrollment is open for both WELA and Daposka Ahnkodapi on-site as well as online. However, all facilities will be closed toward the end of July as they make renovations and preparations for the coming school year.