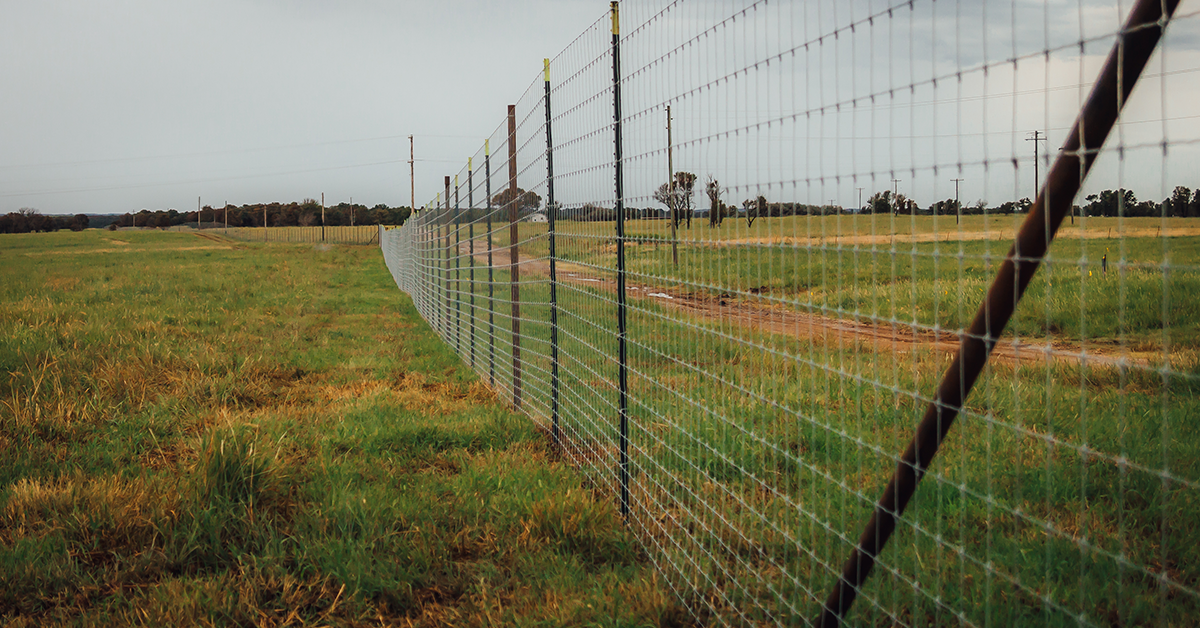 Photo caption: Pre-existing bison fencing on the Osage Nation Ranch is insufficient for the amount of bison the Nation plans to bring to the ranch. The COVID-19 Task Force approved $2.9 million for improvements to allow for large scale meat production, which includes fencing and pen materials, as well as to purchase more livestock. CODY HAMMER/Osage News

At the start of the August special session, the Seventh Osage Nation Congress received an update on the Nation’s implementation of the federal Coronavirus Aid, Relief and Economic Security Act funding, which totals more than $44 million.

Principal Chief Geoffrey Standing Bear said James Weigant, who is the Nation’s housing director and coordinator of the COVID-19 Task Force, would be presenting the report. Congressional Speaker Angela Pratt also invited the Executive Branch report to be heard during the session’s motions/ notices portion.

According to the Aug. 4 report delivered by Weigant, the Nation received three CARES Act payments totaling about $44.9 million in three separate amounts ($28.6 million, $12.3 million and $3.9 million)

“The Task Force (of 16 ON employees) met multiple times and had lots of discussions with executive, members of the Osage Nation and we realized the best approach that we felt to assist the Osage people with this Coronavirus is to focus on some core areas,” Weigant told Congress. “No. 1 was food security – I would go down to the grocery store and there was nothing on the shelf or if you went into the grocery store, it was three times what it used to cost, we need to help with that. So because of that, we’re doing the meat-packing plant, Bird Creek Farms and the Osage Ranch.”

The Nation is spending $8 million on a meatpacking plant at the Nation’s industrial park located north of Hominy where construction is underway on dirt work and utilities, Weigant said. “Right now, we’re working with COTA Holdings to develop an operations plan that will also include USDA certification.”

For Bird Creek Farms, $7.4 million is budgeted for facilities under construction, including a 44,000 square foot general use building that will include an aquaponics operation and a 40,000 square foot greenhouse. For the Nation’s ranch, $2.9 million is budgeted for improvements to allow for large scale meat production, which includes fencing and pen materials, as well as to purchase more livestock.

Weigant also noted he, like many ON government employees, worked from home during the pandemic’s early months and “all of us, including you, experienced a lot of technical problems trying to do that. As this continues, we would like to invest in the Osage Nation’s ability to work and learn remotely. That includes the Osage Nation schools, culture and language classes and Osage Nation employees. This will also update the website so that Osage Nation constituents can log in – You’ll be able to access services a lot smoothly.”

As for direct service to Osages, Weigant said the Wah-Zha-Zhi Health Center received funding as a top priority and “we’re paying direct payments to individual Osages and Osage-owned businesses (who provide proof of impact by the pandemic).  Tribal Works is going to be the clearinghouse for all PPE and COVID defense mechanisms. Emergency Management will also have a piece of this. We’re also addressing Congressional operations, Judicial (Branch), Osage Home Health and then we have an admin budget to administer this gigantic $44.9 million grant.”

According to Weigant, the WHC is receiving $2 million for COVID-19 response equipment, supplies and to hire extra nurses. “Dr. (Ron) Shaw (WHC Chief Medical Officer and CEO) met with the advisory team and he had proposed to purchase two mobile clinics – this way we can take the clinic to various locations within Osage County. The legal advisory people asked ‘why can’t we bus these people in?’ and that just won’t work with COVID and spatial distancing. I think this is going to be a good deal where we can go out into our communities now in the middle of COVID and in the future, have that resource as it comes along.”

For individual direct assistance, Weigant said 3,000 Osages had submitted applications for the direct assistance grant opportunity, which opened July 13. The program offered up to $1,000 for each senior (age 65 and older) and up to $500 for all other adult and children applicants. The deadline to apply for this direct assistance is Sept. 30.

Weigant added the Financial Assistance Department hired temporary employees to process the direct assistance applications and noted there were 600 applications pending at the time of his report.

For the Osage-owned small business grant opportunity, Weigant said the program also went live July 13 and closed one month later. “This is for a proven COVID-caused business loss up to $10,000 for each Osage majority-owned business (applicant).”

“We’ve contracted with Tri-County Business Development Center to be a neutral third-party to evaluate these applications … we’ve dealt with Tri-County before to have them peer-review things,” Weigant said. At the time of the report, 104 Osage-owned small business grant applications were submitted.

For information technology purposes, efforts are underway to expand broadband service in Pawhuska is underway to reach ON-owned buildings and proposals have been received for a rework of the ON website, Weigant said. Also, the IT department is working toward a new virtual desktop system to allow ON employees who need to work from home to do so, which also includes purchases of loaner computers and internet hotspots. He added the IT department is also working with the language and Wah-Zha-Zhe Cultural Center to develop distance learning materials, as well as with the ON Museum to develop an online virtual exhibit this fall.

After the presentation, Congressman Billy Keene asked Weigant if the meatpacking plant could be used as a commercial business for the nation to profit. Weigant responded that the CARES Act guidance says the funding cannot be used for economic development, but it does say if you build something and once the pandemic is over, then that is OK if the facility still exists.

Congresswoman Alice Goodfox recalled there were initial differing opinions in the Osage public on the direct assistance application requiring a notary public’s signature, but said she believed it would cut down on fraud attempts, adding the Pawnee Nation’s similar assistance program also required a notary’s signature. Weigant agreed and said the requirement was included for same the reason.

At the update’s end, Congresswoman Jodie Revard thanked Weigant for the report, as well as the other Task Force members and Executive Branch departments and employees working on the CARES Act spending and project plans.