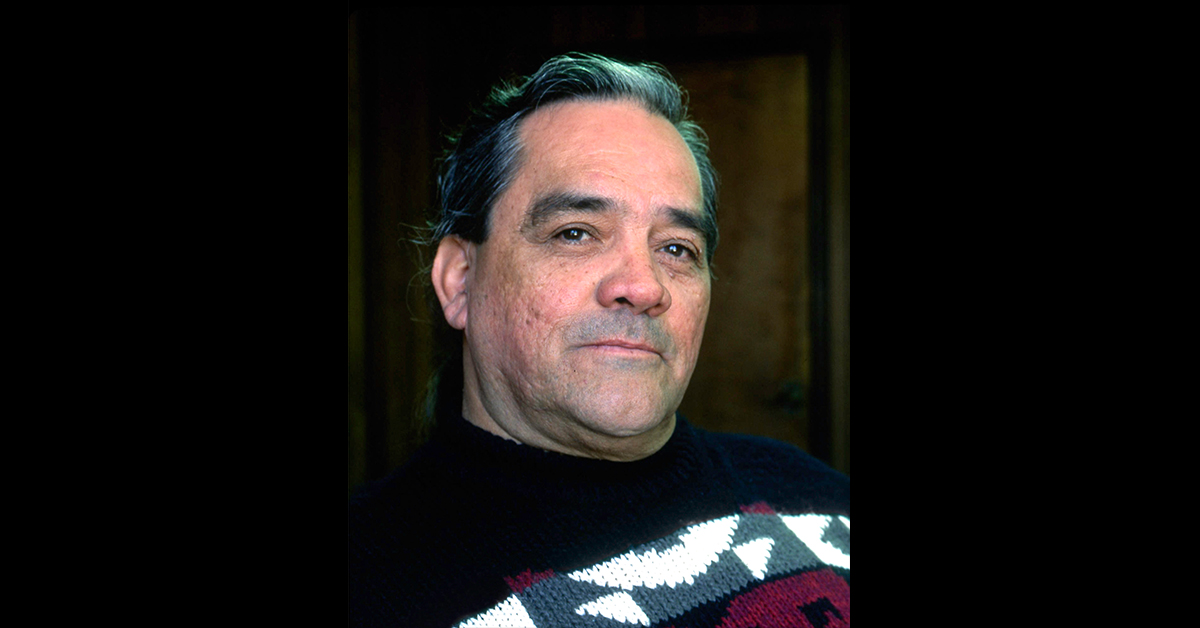 Loren Louis Daly Pahsetopah, 86, of Tulsa, passed away at his home, surrounded by loved ones, on October 8, 2020.

Loren was born to Lorraine and Christopher Pahsetopah in Pawhuska, Oklahoma on September 10, 1934. Loren took the arts fairly early in life. As a child, he spent a great deal of time with his father, watching him as he sketched in a small drawing notebook that he often carried. It didn’t take long before Loren would pick up a pencil and paper of his own. Loren began sketching at the age of 6, and immediately fell in love with the ability to create. Art served as a common ground that Loren and his father could share, and it helped to form a bond that strengthened their relationship significantly.

A talented Fancy Dancer in his youth, Loren wowed many with his natural ability in the arena. Participating in pow-wows with his brother allowed him to connect to his roots and form friendships with other dancers, singers, and artists across the southwest. Traveling the pow-wow circuit exposed Loren to the culture and artwork of other tribes around the country. He was constantly inspired by what he saw, so like his father, he traveled with a sketchbook so that he could get to work as soon as inspiration struck. Loren often enjoyed sketching his fellow dancers. The intricacies of their regalia allowed him to practice drawing subjects with a high level of detail and increase the level of authenticity within his work. Loren found early success selling his work at pow-wows and trade shows, but soon made his way into galleries as well.

By the mid-1960s, Loren Pahsetopah had become a well-known name in the Native American art community. He began to win local competitions at galleries and museums in Oklahoma and throughout the southwest. In 1962, he was awarded an honorable mention in the Philbrook Museum of Art’s Annual Indian Art Exhibition. In the following years, he would go on to win the top prize in the same competition multiple times, eventually earning Phillbrook’s Grand Award in 1976. These successes would enable Loren to share his artwork on an international scale.

In 1966, Loren’s talents were acknowledged by the U.S. Department of Commerce when he and a group of fellow Native American artists were sent to showcase their artwork across Europe as a part of a cultural exchange. Loren traveled overseas twice over a 2-year period, showing work at Le Bon Marché in Paris and at Harrods in London. These honors represent just a small amount of the accolades that Loren earned throughout his lifetime. His accomplishments span multiple decades, representing a long and successful career as an artist.

While Loren was extremely proud of his professional achievements, what mattered to him more than anything else was his family. He was a father to 8 children, and grandfather to countless grandchildren, great-grandchildren, and great-great-grandchildren. Loren often worked out of an in-home studio so that he could remain close to his loved ones while he painted. His children loved to watch him as he worked, and few would begin to paint as well after spending years watching their father demonstrate his natural talent. Loren greatly cherished the time he was able to spend with his children, as it allowed him to share his passion and instill in them a deep appreciation for their heritage.

Retirement allowed Loren to enjoy his favorite pastimes and spend time with his wife and family. He loved to hunt and fish on the family grounds, activities that connected him to those who came before him. He was an avid animal lover and was known to train many dogs throughout his lifetime. Later in life, Loren discovered the internet and quickly became fascinated by what it had to offer. He spent hours online listening to music, watching pow wow videos, and reading about Bigfoot as well as other native and urban legends. Most importantly, Loren never stopped sharing his love of Osage culture with his family and friends. Loren leaves behind a family that is immensely proud of what he accomplished with his time on this earth. His artwork has left a footprint of Osage and Native culture across many corners of the earth and has served as a foundational pillar of American Indian identity to many of his descendants.