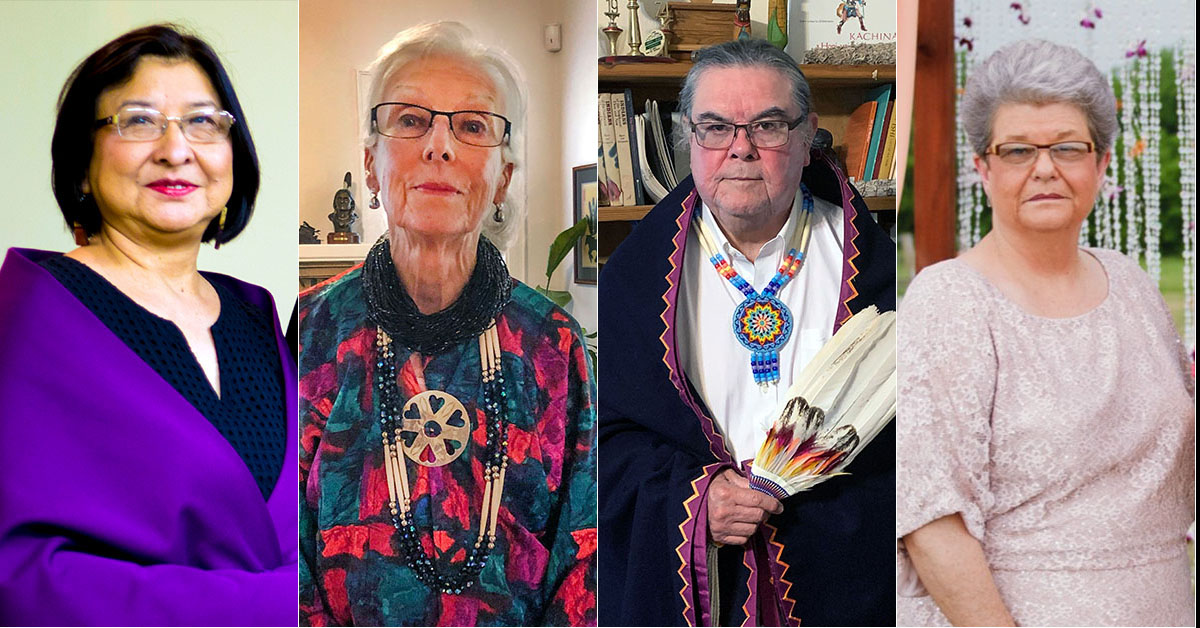 Four Osage elders were selected as 2020 AARP Oklahoma Indian Elder honorees and were recognized in a virtual celebration held due to the ongoing COVID-19 pandemic.

Denise Keene, Nicki Revard-Lorenzo, Jerry Shaw and Sue Slinkard are among the 41 Oklahoma Indian Elder honorees from 20 Oklahoma tribal nations who were recognized virtually at the 12th annual AARP Oklahoma Indian Elder Honors on Nov. 13. Each honoree was selected based on a lifetime of achievement, service and commitment to our nation, state, communities and Indian Country.

AARP Oklahoma officials decided to forgo this year’s Indian Elder Honors banquet usually held in early October at the National Cowboy and Western Heritage Museum in Oklahoma City with the elder honorees and their guests and family members in attendance for the recognition presentations.

“2020 has been a challenging year for all of us,” AARP Oklahoma State Director Sean Voskuhl said in a video posted to the AARP Oklahoma website. “As this pandemic continues to create a sense of uncertainty, one thing that remains unwavering is our elders’ brilliance and resilience. Our elders connect us to our past, keep us mindfully present and inspire future generations to become better curators of communities and cultures.”

Since 2009, AARP Oklahoma has honored nearly 550 Native American elders from Oklahoma’s 39 tribal nations. “Due to COVID-19 precautions, this year we are sadly unable to host an in-person celebration. However, this year during Native American Heritage Month, each of our honored elders will personally receive an AARP Oklahoma Indian Elder Honors celebration package complete with their honoree medallion and a program that spotlights their photos and biographies,” Voskuhl said.