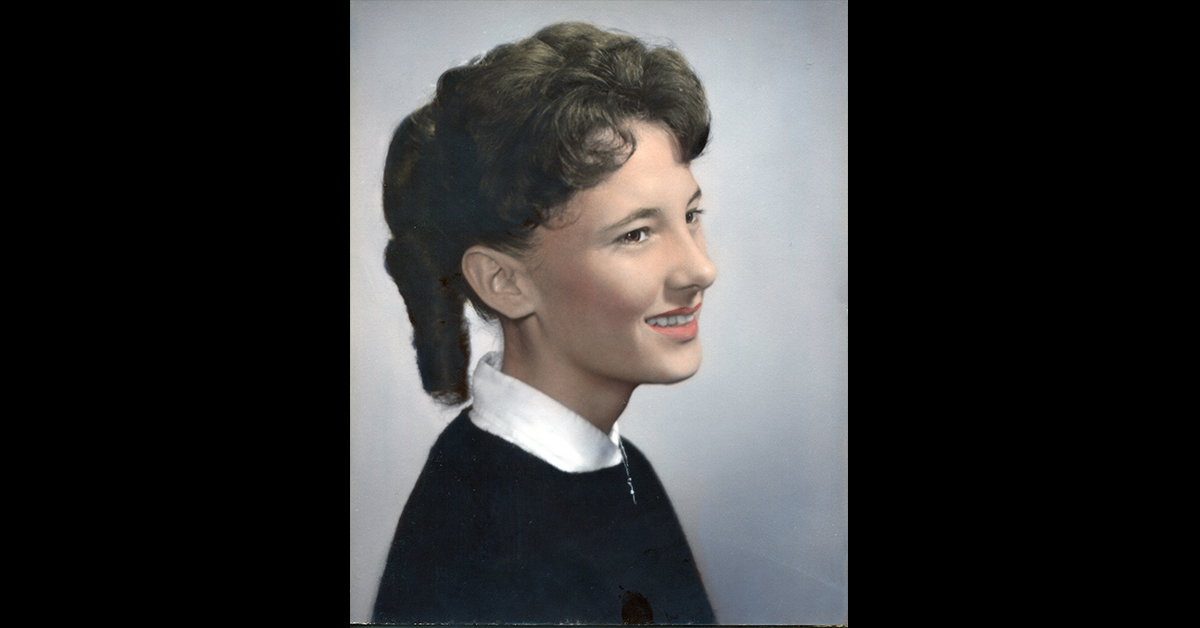 At an early age, Sherry and her family relocated near Fairfax, Oklahoma to the Grayhorse Community where she would spend the rest of her days. She was an enrolled member of the Osage Nation.

Her first eight years of education was at the Grayhorse School. In 1960 she continued her education in Fairfax where she served as Pep Club President. She was a loyal graduate of the 1964 F.H.S. Red Devil Class.  Sherry further completed her education at OSU earning a bachelor’s degree in Education.

On Friday, August 28, 1964, Sherry married her high school sweetheart Richard “Dickie” Johnston in Fairfax. The couple were life partners for 56 years. They were blessed with two children which they cherished very much, son JohnPaul joining them in April 1983, and daughter Jill later completing the family in March 1989.

A dedicated wife and mother, she treasured her children dearly and embraced every moment spent with them. They attended the same school in Fairfax as she had, graduating as Woodland Cougars, made her one proud momma.

She worked various jobs throughout her life, the Fairfax Drug as a clerk, administrator for the Shawn Manor Nursing Home in Ponca, Okla., and taught Special Education in Tulsa at two different schools. Teaching at the Dove Science Academy she traveled to Turkey with her fellow teachers and felt privileged to take daughter Jill along.

Sherry had a flair for business, operating Johnston’s concession stand where pickle juice flavored snow cones was a big hit as well as homemade funnel cakes. She started the business to allow her children a part-time job for the summer months and it became a family affair for many years.

Later, joining a business partner the two entrepreneurs opened Jumping Spirits Liquor Store in Fairfax on North Main. After it was a success, the entrepreneurs moved forward with another business adventure, Tiffany’s Gifts, Etc. located on South Main Street. Sherry had an awesome ideal for Tiffany’s Grand Opening, possibly the first-ever wine tasting in Fairfax, resulting in publicity for both businesses.

Active in the Fairfax community, Sherry devoted one of her many talents to playing the piano and organ at the Methodist and Sacred Heart Catholic churches. She had been a member of the Woodland School board; worked on the Osage Election Board, most currently serving as a local precinct Inspector; and gladly supported the Fairfax Chamber of Commerce. She also was an active member of the Fairfax Alumni Association, serving as Vice-President of the Scholarship Fund and enthusiastically served as Vice-President of the dances when they were being held.

She greatly enjoyed sewing, quilting, crocheting heart and other various shaped rugs from scraps. Her favorite color being red, there was nothing she liked better than a cold can of Coca-Cola.

She was predeceased by her father Enid Duggins, mother Marville Duggins-Williams and husband Earl Williams, an infant daughter, both brothers Joe Duggins and Tom Duggins, and cousin, Jackie Wilson.

As per Sherry’s wishes a private family graveside service was held at 10 a.m. Monday, December 28, 2020, at the Grayhorse Cemetery with Pastor Lindee DeRoin of the Methodist Church, officiating.

Arrangements were handled by the Hunsaker Wooten Funeral Home, Fairfax. Remembrances may be shared at www.hunsakerwootenfuneralhome.com

We are eternally grateful for the love, laughter, and influence she brought to our lives.