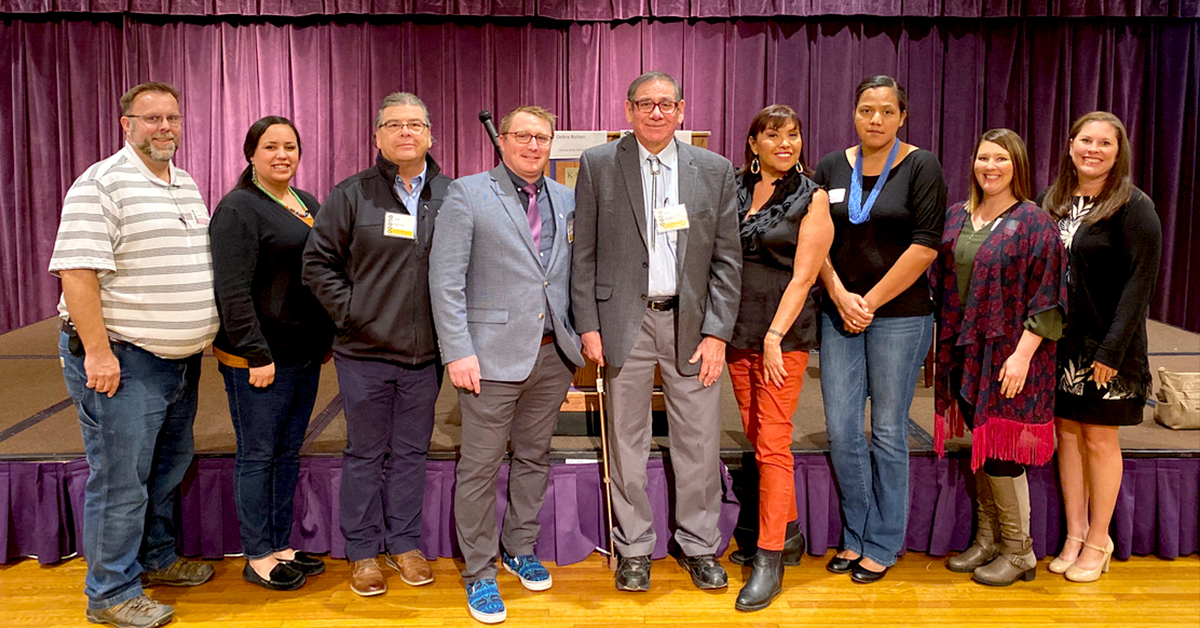 In the words of Talee Redcorn, it is one milestone to get an advanced degree, it is another milestone to assist other Osages in obtaining theirs.

The partnership is the first of its kind in the country between a major university and a tribal nation, specifically geared to advance the education of its members who are reservation-based. With the ongoing COVID-19 pandemic continuing to impact public gatherings and special events, an in-person ceremony for the graduates has been put on hold until the spring.

Among the graduates are Osage language speakers, a tribal leader, a pastor, teachers and educators. Two graduates of the first cohort came back to help Red Corn teach. Joni Hall, Osage, served as a graduate teaching assistant and has moved on to the doctoral program. Her sister Jann Hayman is also on the doctoral track and is nearing completion. She is researching Indigenous Agriculture programs of four tribes in Oklahoma, including Osage. She’s the current director of the Nation’s Department of Natural Resources.

Before the class moved online, the students met for classes on the Osage Nation campus in Pawhuska and at K-State in Manhattan, Kansas. One of the workshops they attended at the K-State campus was led by Dr. Susan Faircloth and Dr. Meredith McCoy - both Native scholars. Dr. Faircloth (Coharie Tribe) is one of the leading Indigenous Ed Leadership scholars in the country.

As for a third cohort, Red Corn doesn’t have any plans right now. He is shifting focus to building a formal Indigenous Education Leadership Certificate Program that can work with several Education degrees at K-State, not just Leadership Education, he said.

Since the inception of the program in 2016, he has helped 16 reservation-based Osages achieve their master’s degrees. They came from Pawhuska, Hominy, Skiatook, Fairfax and Tulsa.

“I want to say congratulations to the graduates of the second Osage Nation Educational Leadership Masters Academy! While we started out face-to-face two years ago, we finished on Zoom,” he posted on his Facebook page on Dec. 18, 2020. “This group experienced adversity in ways I have never seen as an educator, and here they are. None of it was perfect, but we all grew from it. So proud to have worked with everyone here.”