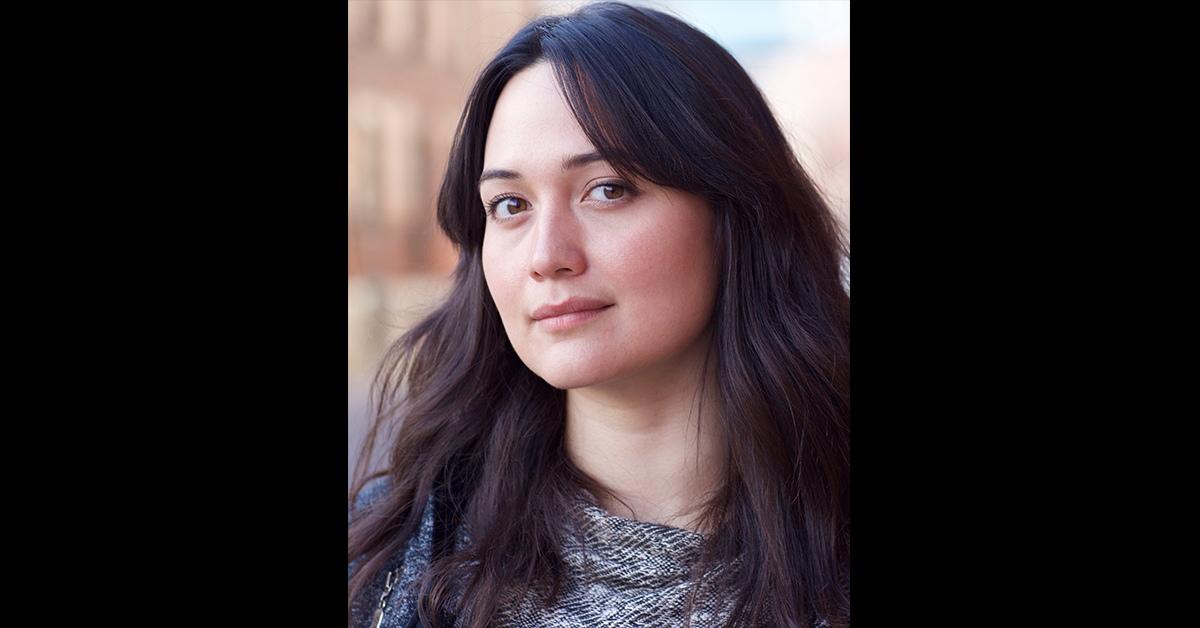 Apple Original Films announced Thursday that Native American actress Lily Gladstone will play Mollie Burkhart in Martin Scorsese’s upcoming film “Killers of the Flower Moon.” The film is based on the bestselling book of the same name by David Grann, with a screenplay written by Eric Roth.

The news comes as Scorsese arrives in Osage County where he has been seen surveying buildings in downtown Pawhuska. A lot of excitement is in the air as more members of the film crew arrive.

To the Osage, Mollie Burkhart is a hero from the Grayhorse District. She was an Osage woman who lived in the 1920s during the Osage Reign of Terror, which was a period of time when Osages were systematically murdered for their oil wealth or inheritance. Mollie endured and survived the horrific murders of her mother and two sisters at the hands of her white husband Ernest Burkhart and his uncle William “Bill” Hale. Burkhart will be played by Leonardo DiCaprio and Hale will be played by Robert De Niro.

Although many Osages had hoped an Osage woman would play Mollie, Gladstone has a considerable resume of acting talent, both on-screen and stage. Gladstone posted a statement on her Instagram account @lilygladstone:

“It is my absolute honor to share this news that I am barely able to wrap my head around. I am beyond grateful to announce I will be joining the LEGENDARY cast of Martin Scorsese’s upcoming film, Killers of the Flower Moon.

“I consider it a true gift and great responsibility to be trusted with Mollie Burkhart, and will hold her preciously with both arms, close to my heart. My most profound thanks to Osage Nation, it is a remarkable gift to be welcomed by you, and to be able to tell this story. Iiksukapi, niksokowaiks. The very best to you, my friends”

Gladstone was raised on the Blackfeet Reservation in northwestern Montana and comes from the Kainai (Blood), Amskapi Piikani (Blackfeet), and Niimiipuu (Nez Perce) Tribal Nations, according to a prepared release. She had her breakout role in Kelly Reichardt's “Certain Women,” for which she earned multiple accolades and nominations for Best Supporting Actress at the Independent Spirit Awards and Best Breakthrough Actor at the Gotham Awards, among others. Gladstone’s theatre credits include work at Yale Repertory Theater, Oregon Shakespeare Festival, Montana Repertory Theater, and New York's prestigious The New Group.

In addition to her acting credits, Gladstone hosts Crash Course: Film Production, a 16-part YouTube educational series produced by PBS Digital Studios. She has also worked as a theater artist and facilitator with many social justice and arts organizations, including National Indigenous Women’s Resource Center, Yellow Bird Inc., Red Eagle Soaring, OneHeart Native Arts and Film Festival, Longhouse Media, and Voices of the Sacred, facilitating expressive-arts and Theater for Social Change workshops. Her specific interest is youth outreach, empowerment, and education, according to the release.

For her role as Mollie Burkhart, there will be a certain depth of knowledge Osages will want to see, not only for her character but the film as well.

The Reign of Terror was the result of many events and circumstances, said Terry Mason Moore, Osage attorney and historian from the Grayhorse District.

In 1872, the Osage people moved from their Kansas reservation to the Osage reservation in Oklahoma Territory. Various bands of Osages settled together in different locations, including the Grayhorse area, which is located about five miles southeast of Fairfax.

“Soon their lives began to change. Their children were sent to boarding schools to assimilate and learn English, young adults went to college, oil was discovered, and non-Indians moved onto the reservation,” she said. “The old tribal traditions and structure and language began to be lost. Then came the 1906 Osage Allotment Act, which broke up the land base into individual allotments, kept the mineral rights in common for the tribe, and gave every Osage on the roll a headright, which is a share in the mineral royalties.”

The change from tribal communal living to having allotments, sudden wealth, houses, property and oil rights made Osages vulnerable to exploitation, she said. Before statehood, marriages in the Osage culture were arranged and with it came duties to their bands and clans, but that custom was fading.

Meredith Drent, Osage Nation Supreme Court Chief Justice from the Pawhuska District, said there has always been a constant message about the lawlessness that pervaded the Osage Reservation at the time of the murders.

“This lawlessness was not an Osage creation,” she said. “Rather, it was the culmination of concerted efforts by the United States government to undermine, diminish, and ultimately abolish the Osage Nation’s ability to maintain law and order within its own territory.”

Osages were phased out of law enforcement on the reservation and a federal “Indian police force” was created by the U.S. government and filled by non-Indians, including two members of the infamous Dalton gang at one point, she said. The Secretary of the Interior abolished the Osage police force and justice system in 1900.

Drent gave examples of the illegal activities that were taking place on the reservation, most notably was the practice of lawyers, bankers and businessmen exploiting Osages through predatory lending and ill-advised business practices, but there were also the bandits who preyed on Osage families.

Mason Moore said that for the first time young Osage women had their own money and land, and without the strong tribal structure previously in place, they were relatively free to choose how to live their lives.

“They had access to money, boyfriends, alcohol and marriages to anyone they chose. Young women often found themselves married to non-Indians,” she said. “Many died mysteriously, with poison suspected by her family and the unscrupulous spouse inheriting her wealth.”

Olivia Gray, director of the Nation’s Family Violence Prevention Department, said that too many times Osages entered into intimate relationships with those who meant to do them harm.

“We have all grown up with the stories of this happening. These relationships were never based in love or even in attraction but were strategic from the beginning from the point of view of the non-Osage who sought in some way to benefit from being with an Osage, even if they did not intend to murder them,” she said. “Can you imagine the abuse that was put upon the Osage in these relationships while the abuser was biding his/her time until they could exit the relationship with headrights and/or land? There was so much opportunity for abuse, sexual assault and even sex trafficking in those days, and it makes my heart break for our people who were just trying to live in this world.”

Gray said the abusive attitudes were not just with those who took part in the murders during the Reign of Terror, but also with those who assisted and those whose silence made them complicit.

“Abusers have an attitude of entitlement. They feel entitled to hurt others and especially those they feel are their property such as their intimate partners and their children. We could get into a whole discussion of white privilege and entitlement also as it pertains to Osages having the wealth they did in those days,” Gray said. “In short, those things that make abusers who they are were also present in all of the people around our Osage people during those times. Everyone felt entitled in some way to what our people had whether that meant murder, fraud, theft, or any other means to get a piece of the pie – most wanted the whole pie.”

Drent said the wealth from headrights created shifts for women in Osage society. The headrights gave Osage women economic independence they may not have had before. But all that wealth and security drew attention to the Osage.

Mason Moore said it had to be a confusing and frightening time for young Osage women in the 1920s and earlier.

“They were very attractive prizes to anyone seeking a life of luxury. Or an inheritance. They would have seen their friends and relatives die young. And they could never be sure of their safety,” she said. “I feel sad when I walk around in Grayhorse cemetery and Fairfax cemetery. I see many of my relatives and other Osages buried there. I notice that so many died in their early 20s. Lots of babies died too. Now I realize that they were likely murdered.”

[This article was updated on Feb. 11 to reflect Gladstone's comments on her Instagram page.]