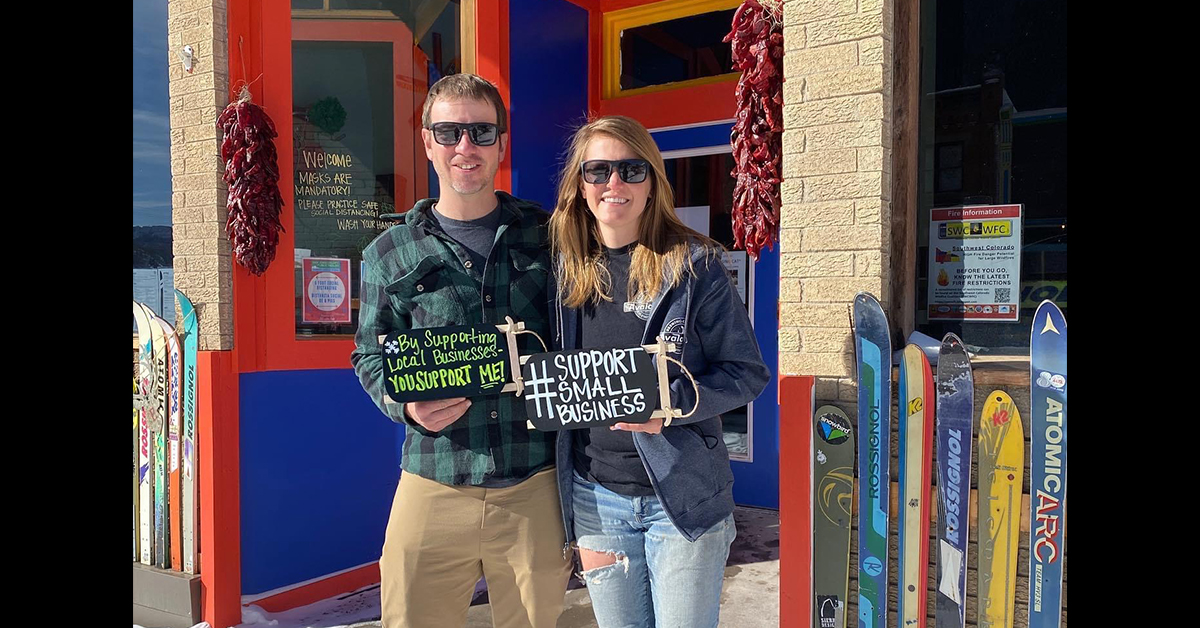 SILVERTON, Colo. – Through the many hardships the past year brought, a true renaissance man stepped into the arena to take 2020 by the horns. Queue Austin Lashley 一 an Osage Nation member, owner of Avalanche Brewing Co. and the new San Juan County Commissioner.

To understand the many avenues Lashley pursued, let’s begin where many great stories start 一 in the parent’s garage.

“My buddies and I started home brewing when we were in high school actually,” Lashley said. “It didn’t take long before we all thought, ‘you know what this would be really cool to do for a living.’”

As soon as Lashley graduated from Dartmouth, he followed the path of a natural born brewer and found himself back in Colorado working for Ska Brewing, then brewing in Alaska and finally in Silverton, Colorado, where Avalanche Brewing Co. was born. Lashley’s family helped get Avalanche started and then Lashley met his now-wife at the San Juan Brewfest, so it was only natural for her to join in on the family affair.

“You know, I thought to myself once, if I could do what I wanted to do for work and live where I wanted to live that’s really the dream,” Lashley said. But when the pandemic hit, life as a small business owner became complicated.

In December of 2019 Avalanche invested in a bigger location and by March, Lashley looked into a grim reality when they were shut down for almost 3 months.

“It was super scary with this big mortgage payment and no money in the bank,” he said.

Fortunately, the summer months proved to be fruitful and full of customers to the limited capacity. Lashley described the transition as a hectic learning curve through the many to-go options they had to create while discovering how to work with still on-going state restrictions. Lashley sat on the Silverton town board the past couple of years and after the series of events in 2020 transpired, he realized the importance of taking a higher stance.

“As a small business owner, it was tough to watch decisions be made without you,” he said. Lashley saw into his window of opportunity when the commission incumbent of over 20 years announced his retirement. This past November, Lashley was elected and on Jan.13 he was officially sworn in as the San Juan County Commissioner. Lashley, 35, expressed how important it is for young people to come forward and help decide their community’s future, that it is crucial to have the movers and shakers of today’s world make their voices present.

Now that the new year is well on its way, Lashley has a few challenges on his plate he’s looking forward to tackling.

“The public lands around us really took a downhill turn. They are being permitted, there’s financial struggles, a lot of visitation but extra resources needed for all of that. Those are some of the issues we’re staring at but considering the world’s events, things in San Juan County aren’t as bad, so we got pretty lucky in that aspect,” Lashley said.

Lashley hardly bats an eye at what seems to be an incredibly full plate, he’s just happy to do what he can for his community whether that’s serving up fresh brews or solving political issues in San Juan County.