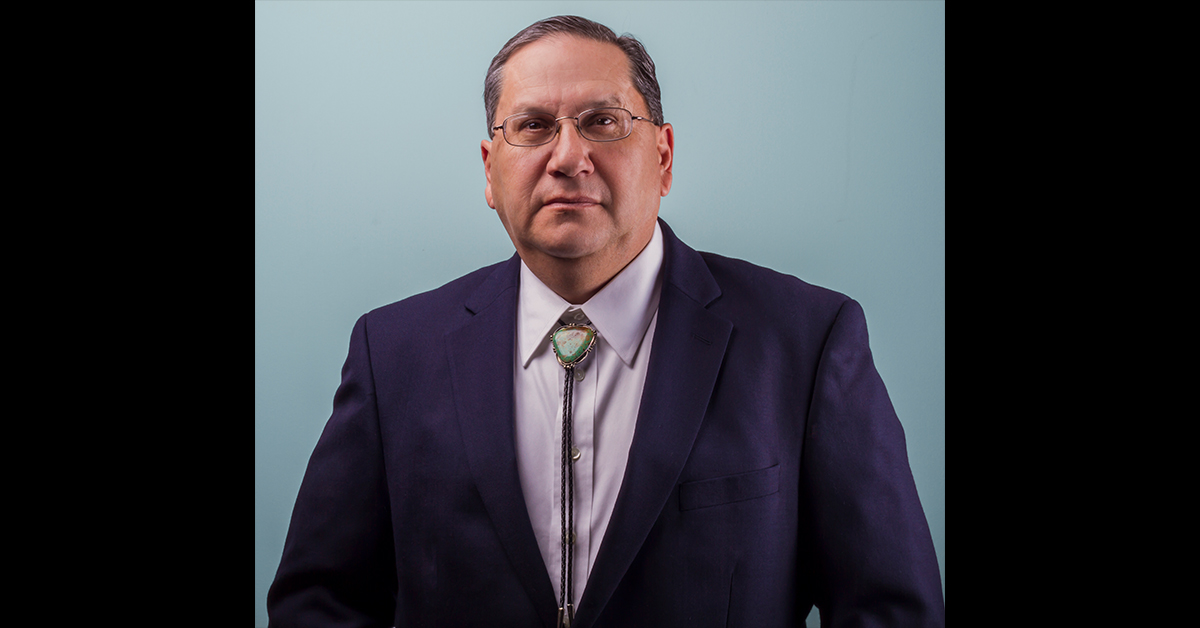 The Osage community is in shock Wednesday at the news of the passing of Andrew Yates, Osage Minerals Council Chairman.

Yates, 60, passed away suddenly in the early morning hours following a short bout with cancer. He leaves behind a wife, Shelly; three daughters, Katie Yates Free (JD), Annabelle Eva and Josephine Mae; and a granddaughter Maddie.

Yates was known for his even temperament, kindness, sense of humor, and knowledge of the oil and gas industry. He served on the Minerals Council since 2010 and was part of the delegation that signed the 2011 historic Osage Trust Case Settlement in Washington, D.C.

At 9:18 a.m. the Osage Minerals Council released this statement:

“It is with great sadness that the Osage Minerals Council mourns the passing of our Chairman Andrew Yates. A gentle visionary who always did what was best for the Osage Nation and vigilant protector of the Osage Minerals Estate. Please keep his family and friends in your prayers.”

Yates’s Osage roots run deep within the Pawhuska District as he comes from a very respected and large Osage family. He is the great-grandson of Henry and Hope Coshehe, the grandson of John and Josephine Coshehe. His parents were Paul Sr. and Eva Mae (Coshehe) Yates. He belonged to the Sun Clan from the Wa-Xa-Lo-Li district and served on the dance committee.

Yates graduated from St. Gregory’s college in Shawnee, Oklahoma and also attended the University of Oklahoma. He was an employee of the Osage Nation for 36 years in the Department of Natural Resources. He also owned and operated a small ranching cow/calf operation with his wife Shelly on original allotted and restricted property south of Pawhuska, near the small community of Nelagoney.

Yates also served on the Evergreen Rural water district #18 as a board member. He was a member of the Sustaining Oklahoma Energy Resources, a state agency with the Oklahoma Energy Resources Board, appointed by his fellow Council members to represent the Minerals Council and placed on the SOER Advisory/Education council. He was also a member of the Nation’s Water Rights Task Force that began negotiations with the state of Oklahoma over the Osage’s right to water on their reservation. He was currently overseeing the Council’s study into a Tribal Energy Resource Agreement.

The family is composing his obituary. Check back with Osage News for funeral and service arrangements.