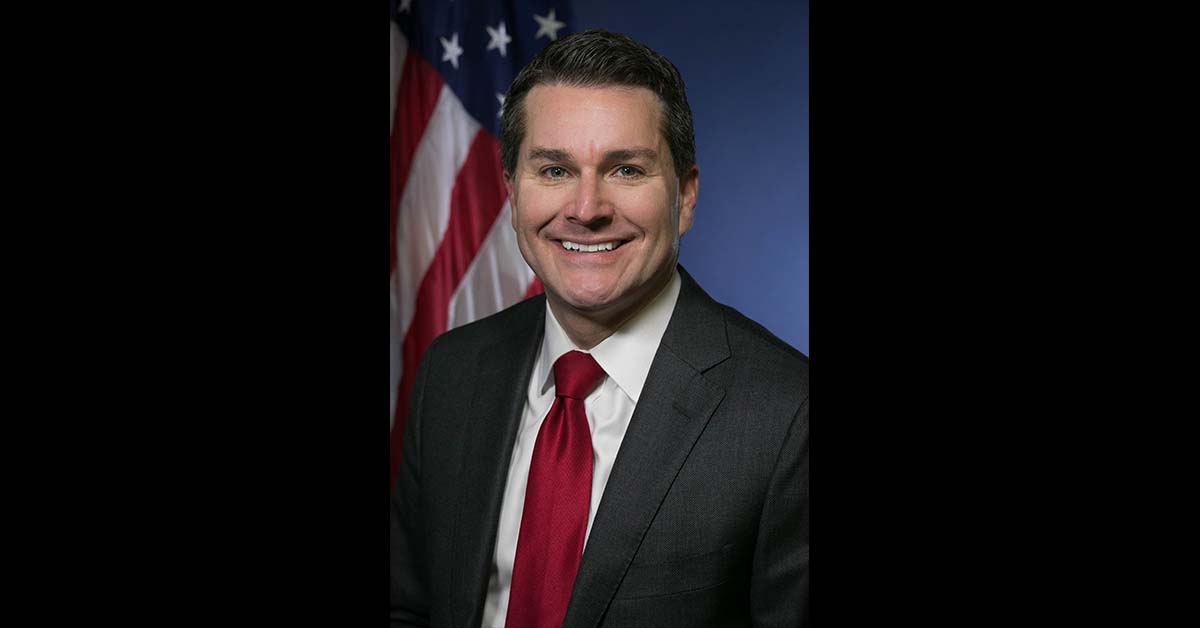 As President Joe Biden's administration continues to form, U.S. Attorney Trent Shores is resigning as the chief law enforcement officer for the Northern District of Oklahoma.

Shores, a Tulsa-based Choctaw Nation citizen, made his announcement in a Feb. 9 statement with his resignation to take effect at month’s end.

That same day, The Washington Post reported that Biden has asked for resignations from former President Trump-appointed U.S. Attorneys. Those resignations were also slated to take effect by Feb. 28 as part of the transition process. President Biden took his oath of office on Jan. 20.

“It has been the honor of a lifetime to serve our great nation and the citizens of northeastern Oklahoma in this capacity,” Shores said. “After 18 years with the United States Department of Justice, I know that my family and I can sleep well at night knowing that the men and women of the U.S. Attorney’s Office and their law enforcement partners are on the job. It is beyond rewarding to know that I’ve had the opportunity to contribute to the betterment and well-being of our community – the very same community in which I grew up as a child and where my wife and I have chosen to raise our family.”

According to the U.S. Department of Justice, Shores served as “the chief federal law enforcement officer responsible for all federal criminal prosecutions and civil litigation involving the United States in the Northern District of Oklahoma, an area covering 11 counties and ... 13 federally-recognized Indian tribes (including the Osage Nation).”

Sworn into office in September 2017, Shores’ professional tenure includes serving on the Attorney General’s Advisory Committee, a select group of U.S. Attorneys who provide advice and counsel directly to the Attorney General on matters of policy, procedure, and management. Shores, who graduated with his Juris Doctorate from the University of Oklahoma, was also appointed as Chair of the Native American Issues Subcommittee, a group of United States Attorneys charged with developing and guiding national policy for Indian Country justice, according to his Department of Justice biography. Shores also served as on the Tribal Issues Advisory Group, an ad hoc advisory group to the United States Sentencing Commission, as well as a member of the Attorney General’s Management, People, and Performance Subcommittee and the Victim and Community Issues Working Group.

In Oklahoma, Shores met with various tribal nations (Osage included) to discuss safety and jurisdictional issues including murdered and missing Indigenous persons. He met with Osage Nation government officials in August 2020 at the ON Museum in Pawhuska where topics included the need for more resources and better communication to better promote public safety in Indian Country.

The increased need for more federal resources also comes after the U.S. Supreme Court ruled in July 2020 in McGirt v. Oklahoma that the Muscogee (Creek) Nation’s reservation was never disestablished, resulting in the caseload for the U.S. Attorney’s Offices in Tulsa and Muskogee to grow significantly. Former U.S. Attorney General William Barr (who resigned in December 2020) put out a nationwide call for volunteers from other U.S. Attorney's Offices to do what Shores called a "federal detail" in August, according to KOSU Radio.

Shores also spoke with KOSU Radio during his last week in office reflecting on his office’s work including its role and accomplishments regarding the McGirt case.

“I remember sitting through the oral arguments at the (U.S.) Supreme Court and wondering what the outcome will be? We saw a decision that held the United States accountable to treaty obligations that it had made. And once we saw that decision come down, from the very next minute, it was my intent as U.S. Attorney to implement that decision,” Shores said. “I think that's the job I signed up for, to implement the law, to abide by rule of law. And in that case, that meant honoring the treaty and it meant upholding our federal trust responsibility, in particular with regard to public safety in Indian country.”

Shores also told KOSU Radio: “One of the things that we heard about early on and that I was able to help lead the charge on was the crisis of missing and murdered Indigenous women. And I'm really proud of the work that we were able to do to advance that cause and direct more resources from the Justice Department in particular to help address that crisis and better understand it. I hope that those efforts will continue. But with regard to how is it that you build that trust? I think it's open communication and I think it's following through on promises and obligations and trust responsibilities that we, the United States Attorney's office have to tribes. One thing that you mentioned was the (case) declination rates. That is something that it's disconcerting when you look at sort of the initial numbers. And as we dug into those as well, and there was something that was encouraging to me: some of those cases that people were describing as declinations were actually cases that were being referred to tribal attorneys general to be prosecuted. And I think that when a tribal attorney general decides to prosecute a case that's actually a great exercise of tribal sovereignty and tribal justice system. So, I don't consider that case a declination where justice wasn't pursued. It was just pursued in a different courtroom. And, I think the tribal court should get our full faith and credit for being the great justice systems that they are.”

“I want to thank (Oklahoma U.S. Sens.) Jim Inhofe and James Lankford for their support and confidence in me to lead this office when they recommended me as a nominee for the position,” Shores said in his statement’s closing. “I am grateful to Attorney General Sessions and Attorney General Barr for their trust in my abilities and for their attentions to improving public safety in Indian Country, especially to advance awareness of and provide resources to address the crisis of missing and murdered indigenous persons. Most of all, I am deeply appreciative of the men and women of this United States Attorney’s Office who, day in and day out, carry forth the mission of the Justice Department. This diverse and dedicated team pursues truth and justice and advances the rule of law.”