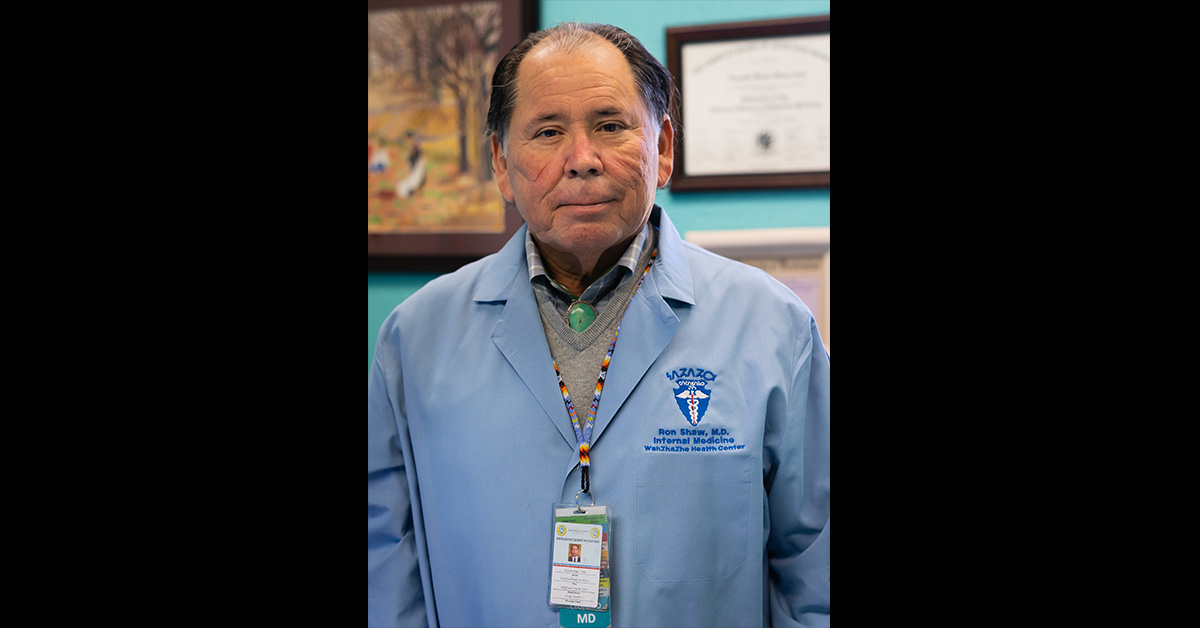 As COVID-19 vaccination supplies increase across the country, Dr. Ron Shaw discussed the Osage Nation’s vaccine efforts and challenges at the Wah-Zha-Zhe Health Center where he is the CEO and Chief Medical Officer.

Shaw spoke during the March 20 virtual town hall hosted by Osage Congressmen Eli Potts and John Maker and said he and staff have worked on efficient moves to make the vaccine opportunities easier and have encountered hesitancy on receiving the shot.

“There were and are excuses to not take the vaccine that range from ‘there’s a Nano (GPS) chip in the vaccine that the government wants to track the population with,’ ‘the COVID-19 is really just a hoax, it’s not really credible,’ and ‘there’s some ulterior motive with these vaccines,’” Shaw recalled hearing from hesitant individuals. “Probably the most prominent is ‘the vaccine was researched in too short period of time’ and again, the perception that shortcuts were taken, and that safety was compromised.”

Despite the hesitancy and refusals from individuals not wanting the vaccine, Shaw noted: “We have a lot more people vaccinated now (globally) than the 43,000 and 32,000 that were in the first Messenger RNA trials (for the Pfizer and Moderna vaccines)… Now we’re here in March 2021, we went from the phase-in approaches (to vaccinate specific individuals to now vaccinating everyone over age 18), we offered to healthcare workers, there’s a surprising number of nurses at our clinic that don’t take the vaccine. I don’t confront them or try to talk them in or out of it, we simply try to provide information.”

“One of the reasons why it was perceived to be shortcutted is because (the pharmaceutical companies) were still manufacturing it while they were still studying it based on phase two trials, they knew that we needed it and we needed it fast, that we couldn’t manufacture it fast enough, it was actually in production before it was ever approved,” Shaw said in hearing more hesitant feedback on the vaccines. Pfizer and Moderna received Emergency Use Authorization approvals from the FDA in December for their two-shot vaccines and the FDA approved an EUA for Johnson & Johnson’s single-shot vaccine in February.

Since then, Shaw said (3,000-plus) individuals have received the vaccines at the WZZHC or its hosted-vaccine events, vaccine reactions have been minimal, and he does not see any reason to believe the vaccines are unsafe and noted the Nation still does not have herd immunity from COVID-19 and the public is at risk for another spike in positive cases.

In the meantime, the WZZHC has grown its vaccination efforts from administering the shots at two outside tents located at the Pawhuska clinic to now hosting interested individuals (age 16 and older whether Osage, Native American or non-Native) at the ON Civic Center on the western side of Pawhuska, in addition to off-site events.

“The space allotment in that tent just didn’t allow us to vaccine the amounts we needed to, so we set up in the Civic Center and it’s been much more efficient,” Shaw said. Early on, the WZZHC hosted outside drive-through vaccine events at the Civic Center parking lot, but those were not efficient as well, he added.

Going forward, Shaw said the WZZHC is now planning and holding pop-up vaccine events with two March 23 events that were held back-to-back at the Hominy and Grayhorse community buildings. “Now we are looking at having these pop-up vaccination events where, yes, we’re going to vaccinate less people, but we’re reaching out to people who don’t have a ride (to Pawhuska), maybe they’re on the fence, but if it’s available right down the street maybe they’ll take it.”

Shaw said another popular question he receives from patients is which vaccine should they get? “Right now, I would recommend getting vaccinated with any vaccine you can find. If you want Johnson & Johnson because it’s one-shot, I think if you do a little bit of preparation and call around, you can find it, but it’s much less available than the Pfizer and Moderna,” Shaw said.

In closing, Shaw addressed those reluctant to receive the vaccine, noting “COVID-19 is still deadly, you may have relatives who have lung disease, heart disease, diabetes, maybe they have excess weight – they’re all at increased risk of complications, ICU admissions or death. And so, if you get vaccinated, you not only protect yourself, you’re protecting them and your elders and your grandparents and elderly parents, so think beyond yourself, think about the other people who will be relatively protected by your own vaccination … It would take a whale of a cover-up to cover Nano chips in the vaccine, I just consider it unlikely that type of a hoax with Nanochips could survive scrutiny. But I do believe it’s safe, it’s effective.”

In a March 30 update, the WZZHC reported that it will start vaccinating individuals ages 16 and 17 at the Civic Center, 1449 W. Main St. in Pawhuska, starting Tuesday, April 6. Those individuals must have a signed permission/ consent form to receive the vaccine by appointment only.

The WZZHC will be administering the vaccine to 16–17-year-olds on Tuesdays, Wednesdays and Thursdays. For more information and to make an appointment, the WZZHC COVID-19 hotline can be reached at (918) 287-0076.