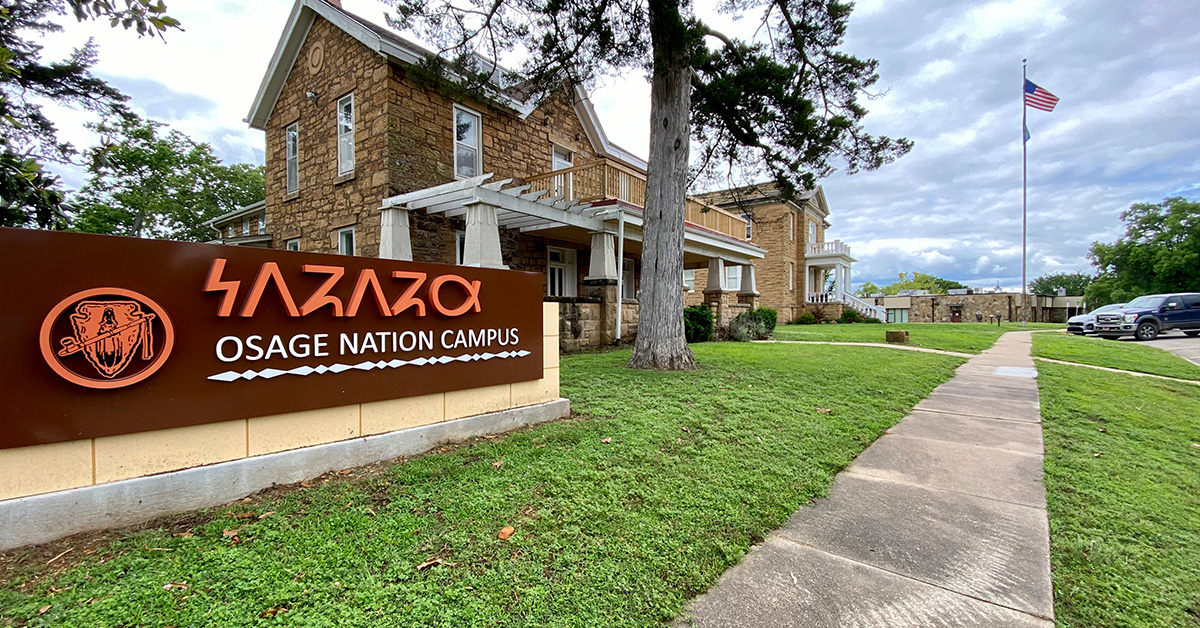 According to the 2006 Osage Constitution, “the annual salary and expense allowance for the offices of Principal Chief and Assistant Principal Chief shall be prescribed by Osage law and shall not be increased or diminished during that time in office.” The two Executive Branch elected offices will next appear on the Nation’s June 2022 general election ballot along with six Congressional seats. The winners of those eight seats will take their oaths of office a few weeks later on July 5.

This is the first time in the reformed government’s history where the Principal Chief’s salary has been increased. In 2006, the First ON Congress passed legislation establishing the elected officials’ salaries and the Principal Chief’s salary has remained at $95,000 since then, Goodfox said during a March 29 Congressional Government Operations Committee meeting to initially consider ONCA 21-18.

In 2014, the Third ON Congress approved a salary structure bill (ONCA 14-39) for the three government branches elected and retained (Judicial Branch) officeholders, which increased the Assistant Principal Chief’s salary from its original amount of $71,250 to $75,000.

Goodfox said she took into consideration the time in which the workload of the Executive Branch offices increased due to increases over time in Osage membership, government services and increases in tribal revenue largely coming from the Nation’s seven-Osage Casinos Gaming Enterprise.

Congressman Billy Keene said he supported the bill, adding: “I think it’s pretty jarring we haven’t seen an increase in pay for the Chief in 15 years ... It’s important to pay a good salary to attract good talent and I think we’ve been behind the ball all these years.”

Congressman and Government Operations Committee Chair Scott BigHorse said he also supported the increase and thought there would be increases five years ago.

Goodfox said she looked at the elected official salaries for other area tribal nations but noted some respective Nations’ membership totals are higher than Osage’s. She also noted the annual salaries for the ON Attorney General and Treasurer are also more than $100,000.

“I looked at the fact that our Chief is the one not only responsible for our Executive Branch but spends the majority of what our funds go toward and is the person that is going to discuss things like water rights and different negotiations at the state and federal level and it was a (salary) number I felt was a fair assessment for what they do in their seat and the number of tribal members they’re serving,” Goodfox said.

On April 5, during debate time before the bill vote, Congressman Eli Potts said he opposed the bill, which proposed a 57% increase for the Principal Chief salary and a 53% increase for the Assistant Principal Chief. Potts referred to his filed bill ONCA 21-26 seeking increases to the Nation’s government employee minimum wage and added: “I fear we’re in danger of forgetting who we serve. I agree that the Chief and Assistant Chief deserve a raise, they do work hard, this administration in particular ... But a raise in light of last year (employee layoffs during the uncertain unprecedented times caused by the COVID-19 pandemic that included a nearly two-month closure of all seven casinos, as well as the closure of the Head Start program), I can’t support it ... As long as the Executive Branch is giving pink slips, the Legislative Branch shouldn’t be giving raises to the top.”

Before the vote, Goodfox noted the 2022 election has yet to come and “we don’t know who’s going to be in those seats ... and that’s when these raises will take effect ... It’s time, it’s time to address this (salary increase consideration). With the gaming successes and the true-up (additional gaming distribution) that we’ve had, I don’t think that this is out of line ... In the event that someone gets into the Chief’s or Assistant Chief’s seat in 2022 and they don’t agree with this salary increase, by all means, cut a check to the Osage Nation Foundation and donate that money someplace else if you think the salary needs to stay where it’s at.”