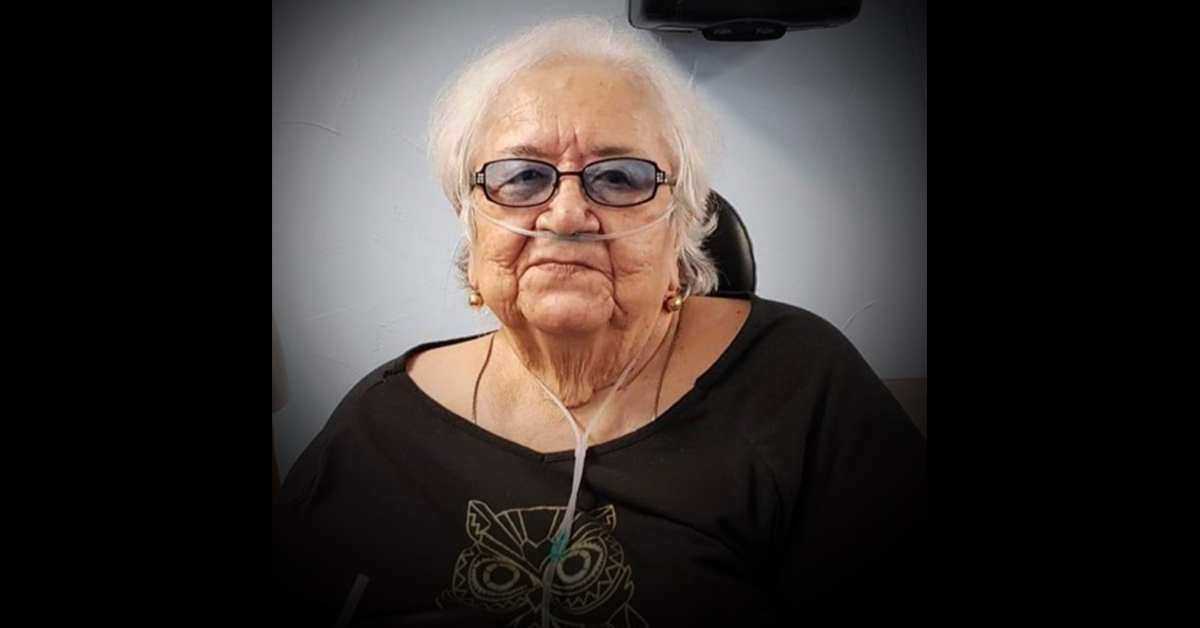 Genevieve Iona Moore, 88, left this world to be with the Great Spirit on Thursday afternoon, April 15, 2021.  She was surrounded by her loving family at the Fairfax Memorial Hospital.

On Friday, Sept. 9, 1932, she entered this world, born the daughter of the late Gladys Tasceal (Graves) Cox and Joseph Henry Cox in the Cox home south of Fairfax, Okla. Genevieve was Osage (Eagle clan) and Pawnee (Kitkehehahki band) and proud of her Native American heritage. Maternal grandparents were Bertha Carrion Graves and Frank Graves.

She attended Haskell Institute in Lawrence, Kans. Her professional career began in January 1968 at the Bureau of Indian Affairs where she worked as a realty specialist until retiring exactly to the day 25 years later January 3, 1993.

She met the love of her life Merton Russell Moore and they were married on Wednesday, June 28, 1972, in Pawnee where they made their home. After retirement, the couple spent their years adventuring, enjoying family and traveling together. They were blessed with 47 years of bliss before Mert’s passing on June 3, 2010.

Later, Genevieve returned to the Cox home to live with her son David. Eventually, due to health reasons, she made her home at the Fairfax Manor Nursing Home where she spent her final four years.

Her pastimes, as an adult, were playing Bingo with her fellow Pah-Su-Lee club members, assisting with the annual Grayhorse War Mothers (Chapter 15) dance, reading her Bible, and going shopping. Shopping was her passion and when she no longer could physically go shopping, she quickly mastered shopping online! She collected angels through the years, attended the Fairfax Sacred Heart Catholic Church, worked crossword puzzles, and enjoyed attending tribal events and the annual Inlonshka dances where she had been a participant in past years.

Share memories with the family at Genevieve’s online guestbook www.hunsakerwootenfuneralhome.com

Genevieve loved everything pink and was very passionate about her family, especially spoiling her grandchildren and their families. A blessing to many, she will be greatly missed.