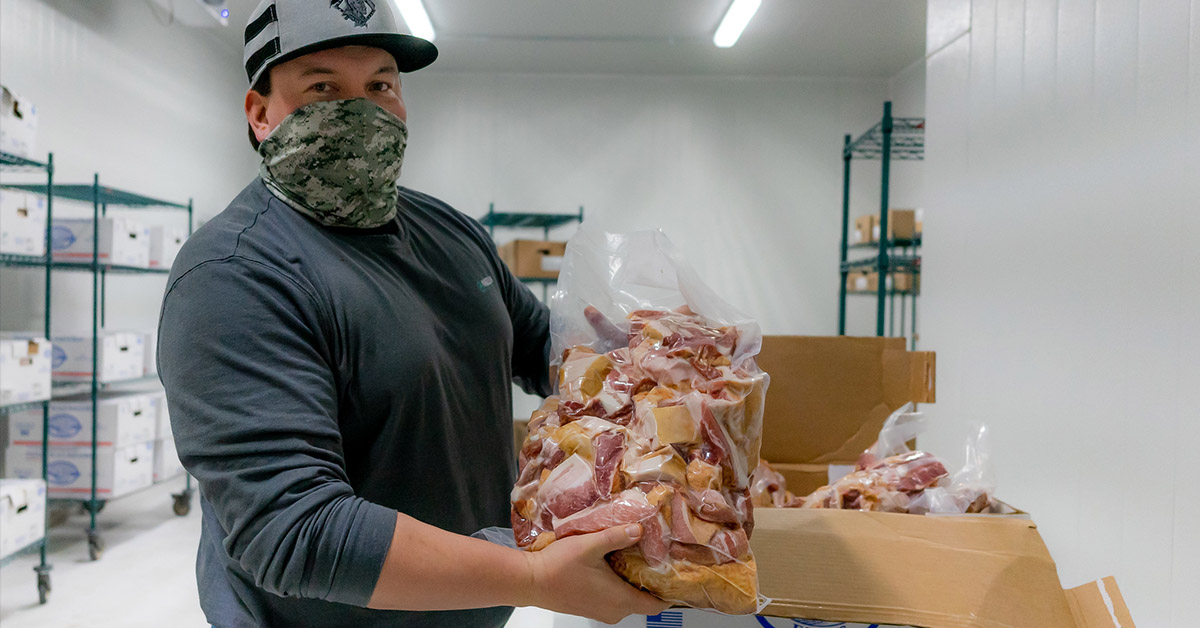 The Osage Nation Butcher House meat market is offering the lowest prices in the area in an effort to attract new customers. The market offers a variety of beef, pork, and bison products at competitive prices from bacon-infused bison patties to breakfast sausage, steaks, wagyu beef, pork chops, bison stew meat and more. During a recent visit to the market, Plant Manager Joe Thompson said the whole beef tenderloins have been selling well, even though they can cost around $90 a piece, at $14 per pound.

At the end of September, 80% ground beef was priced at $3.50 per pound at the Butcher House, compared to $5.49/lb at Hometown Foods in Pawhuska and $4.34/lb at the Walmart in Cleveland. Ground beef advertised as having “no hormones, no added antibiotics,” a designation shared by Osage Nation Ranch raised cattle, was going for $6.78 at Walmart.

At the market, cattle and bison from the Osage Nation Ranch accounted for most, but not all, of the beef and bison products available.

Thompson said staffing continues to be one of their greatest challenges but that he planned to hire within the next month five full-time employees for processing and two part-time employees to work the market. Additional front-of-house staffing will allow the market to stay open until 6 p.m. during the week and open for a half-day on Saturdays.

The Osage Nation Butcher House was funded through an allocation of the ​​Coronavirus Assistance, Relief, and Economic Security (CARES) Act with the stated intention of addressing food insecurity and supply chain issues within Osage Nation programs.

When asked by phone whether the Nation had plans to supply tribal programs with Butcher House meat, Jann Hayman, Director of the Osage Department of Natural Resources, indicated it was still a work in progress.

“We are basically trying to sit down and see exactly what kind of meat they use and the quantities. Realistically we don’t intend to be able to offset all the meat but we’re going to do the best we can for Title VI and WELA (WahZhaZhe Early Learning Academy).”

Both Thompson and Hayman confirmed that an EBT machine for food stamp processing had been ordered and was expected to arrive anytime.

As a CARES-funded project, the Butcher House operates as a non-revenue generating tribal program under the Department of Natural Resources. Osage, Kaw, Quapaw, Ponca, and Omaha tribal members receive a 10% discount on food purchases.