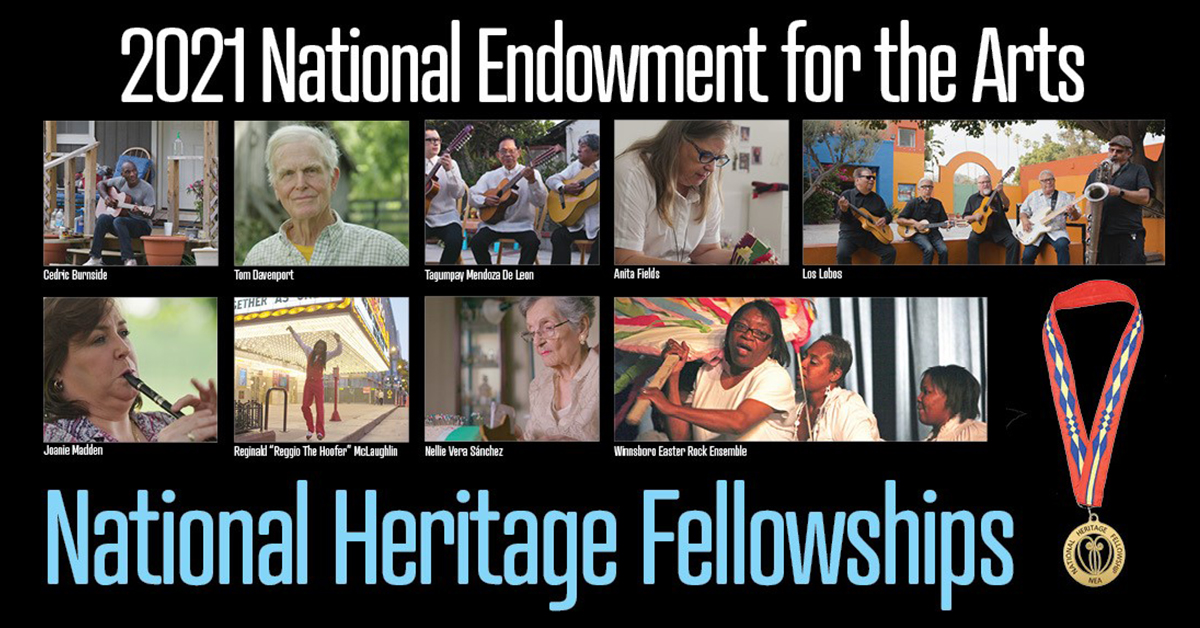 Osage among NEA National Heritage Fellows to be featured in film

Renowned Osage artist Anita Fields will be one of the subjects of the upcoming film, The Culture of America: A Cross-Country Visit with the 2021 National Endowment for the Arts National Heritage Fellows.

The pre-recorded virtual event will premiere on Wednesday, Nov. 17, at 8 p.m. ET on arts.gov, free to the public. The National Endowment for the Arts and the National Council for the Traditional Arts produced the film.

According to a prepared release, Emmy Award-winning actor Jimmy Smits will host the film and take viewers on a virtual trip across the country where this year’s National Heritage Fellows live and work.

According to a prepared release, Fields “shares Osage ribbon work and how her creative works have contemporary influences while paying tribute to the ancestors.” Fields is a multidisciplinary artist who maintains longstanding Osage ribbon work practices while creating her own contemporary designs, Fields aims to dispel myths and stereotypes surrounding Native people through her work with clay and textiles.

“The traditions of these culture bearers are shared in this film as stories of community, of unity, and of individual pride for one’s heritage,” said Ann Eilers, acting chairman of the National Endowment for the Arts. “The diverse artforms of the National Heritage Fellows invite us to understand and appreciate the experiences of the past and allow us to see a bright future where culture grounds us and new ideas take hold.”

During the one-hour film, viewers will:

Join the conversation on Twitter using the hashtag #NEAHeritage21. The Culture of America: A Cross-Country Visit with the 2021 NEA National Heritage Fellows will continue to be available to watch on arts.gov following the Nov. 17 debut.

About the National Endowment for the Arts
Established by Congress in 1965, the National Endowment for the Arts is the independent federal agency whose funding and support gives Americans the opportunity to participate in the arts, exercise their imaginations, and develop their creative capacities. Through partnerships with state arts agencies, local leaders, other federal agencies, and the philanthropic sector, the Arts Endowment supports arts learning, affirms and celebrates America’s rich and diverse cultural heritage, and extends its work to promote equal access to the arts in every community across America. Visit arts.gov to learn more.