First round of Cobell settlement sent to Indian Country 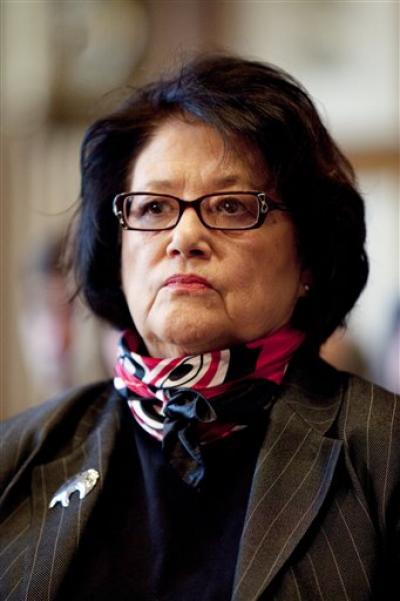 The first round of settlement checks for the historical class-action case of Cobell v. Salazar have been mailed and are reportedly reaching Native Americans across the country.

The first checks for the Historical Accounting class (Individual Indian Money account holders) were mailed Dec. 17 and were for $1,000. Checks for the Trust Administration class will be distributed at a later date, according to indiantrust.com.

The final deadline for submitting a claim for the Trust Administration class is March 1, 2013. Visit the indiantrust.com Web site for more information.

According to Indianz.com, most Indian class members will receive less than $2,000.

The settlement is non-taxable and will not affect eligibility for government benefits, according to indiantrust.com. The Claims Resolution Act of 2010, H.R. 4783, specifically prohibits settlement awards from being treated as gross income or a resource. Any settlement recipient who gets taxed for settlement money needs to contact the Internal Revenue Service to get a refund. This also includes the Osage Trust Case settlement of 2011.

With Native Americans receiving the settlement, the National Congress of American Indians has launched an organization called Protect Native Money. The organization has issued Public Service Announcements around Indian Country in an effort to raise awareness about fraud and scams targeting IIM account holders.

“This settlement can benefit you, your family and your communities, but we must all be aware of the potential negative impacts. You or others may be a target for scams,” said NCAI President Jefferson Keel (Chickasaw). “Dishonest people know about the settlement and are figuring ways to take money from you. Be aware and be watchful. If you suspect a scam, you can contact your State’s Attorney General Office of Consumer Protection or your tribe.”

Keel and NCAI are encouraging Native people to become educated and visit the organization’s site for more information atwww.ncai.org/protectnativemoney.

The Cobell class action lawsuit came to a close Nov. 24 when the period for appeals to the U.S. Supreme Court expired. The Supreme Court denied Kimberly Craven’s appeal and the three other challengers dropped their appeals after Cobell attorneys offered to pay their legal fees.

“I welcome the final approval of the Cobell settlement agreement, clearing the way for reconciliation between the trust beneficiaries and the federal government,” said President Barack Obama in a statement Nov. 26. “While Elouise Cobell, the named plaintiff in this case is no longer with us, her legacy will be a renewed commitment to our trust relationship with Indian Country. I thank her for her honorable work, and also want to thank the leaders at the Departments of the Interior, Justice and Treasury who helped reach this conclusion.”

The settlement fund also provides for a trust land consolidation program that allows for the voluntary sale of individual land interests that have “fractionated,” or split among owners since the 1880s, according to a statement from the U.S. Department of the Interior.

“Fractionated land can have many owners – sometimes hundreds or more – diminishing the land’s value and making it difficult for individuals to use the land for agriculture, business development, or housing from which tribes can benefit,” according to the statement.

Currently, there are more than 2.9 million fractional interests owned by approximately 260,000 individuals, according to the DOI.

Also to be used with the fund is $60 million to provide scholarships for Native Americans to attend college or vocational schools.

Shannon Shaw Dutyhttps://osagenews.org
Shannon Shaw Duty is the editor of the Osage News. She is a graduate of the University of Oklahoma with a bachelor's degree in Journalism and a master's degree in Legal Studies, Indigenous Peoples Law from the OU College of Law. She served on the Board of Directors for the Native American Journalists Association (NAJA) from 2013-2016 and served as a board member and Chairwoman for the Pawhuska Johnson O’Malley Parent Committee from 2017-2020. She is a Chips Quinn Scholar, a former instructor for the Freedom Forum’s Native American Journalism Career Conference and the Freedom Forum’s American Indian Journalism Institute. She is a former reporter for The Santa Fe New Mexican. She is a 2012 recipient of the Native American 40 Under 40 from the National Center for American Indian Enterprise Development (NCAIED). In 2014 she helped lead the Osage News to receive the Elias Boudinot Free Press Award, NAJA’s highest honor. An Osage tribal member, she and her family are from the Grayhorse District. She currently resides in Pawhuska, Okla., with her husband and six children.
RELATED ARTICLES
Business